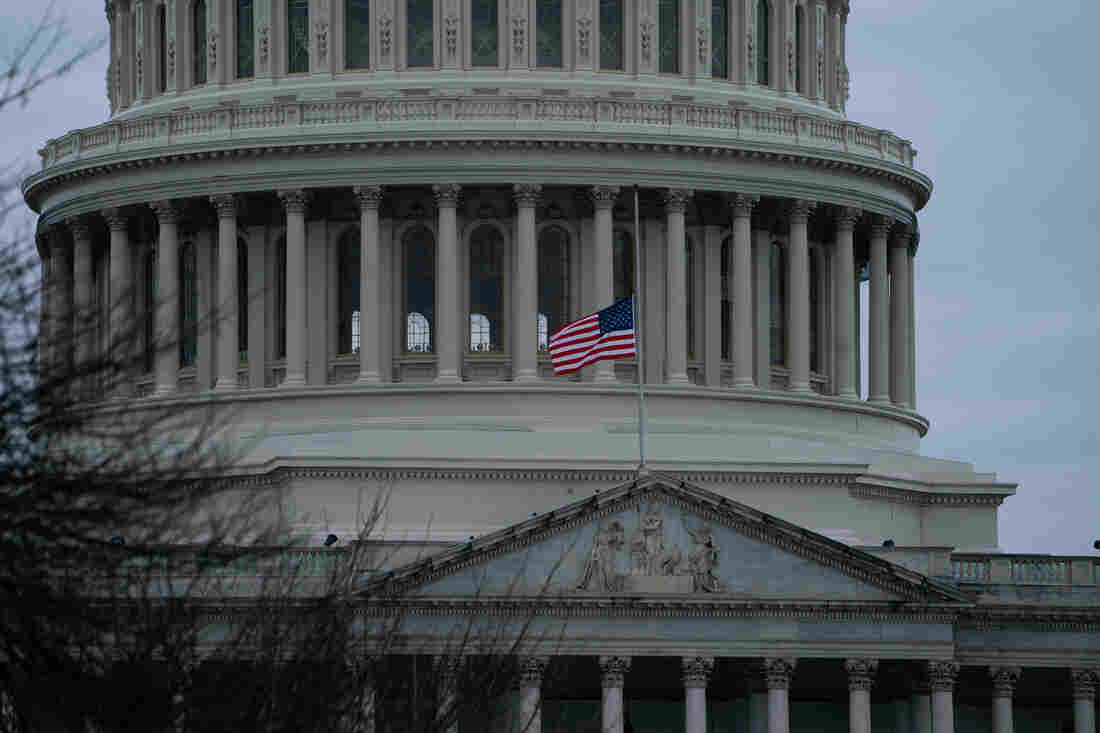 House Speaker Nancy Pelosi has ordered the flags at the Capitol to be lowered to half-staff in Officer Brian Sicknick's honor. Claire Harbage/NPR hide caption 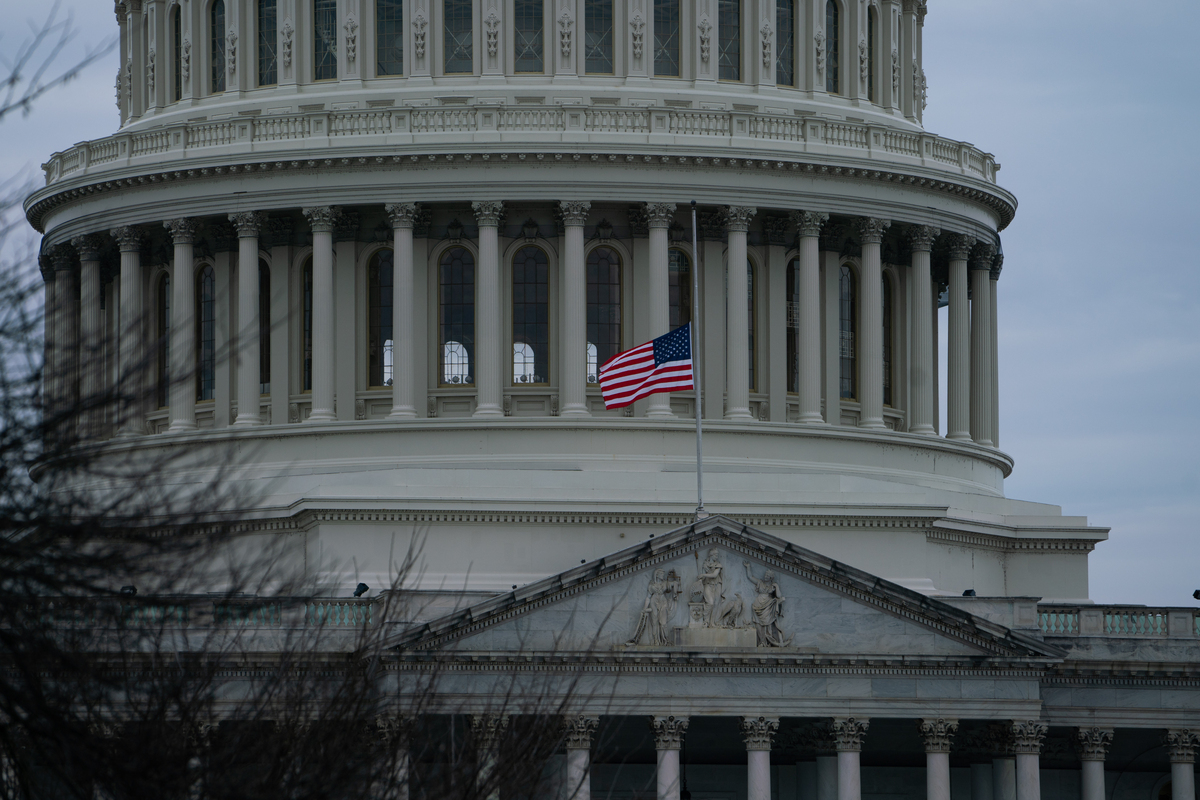 House Speaker Nancy Pelosi has ordered the flags at the Capitol to be lowered to half-staff in Officer Brian Sicknick's honor.

Two days after a shocking insurrection took over the U.S. Capitol, House Speaker Nancy Pelosi has ordered the building's flags be flown at half-staff in honor of Capitol Police Officer Brian Sicknick, who died after being injured in the mayhem.

"On behalf of the House of Representatives, I send our deepest condolences to the family and loved ones of Officer Brian Sicknick, who died following the assault on the Capitol complex and protecting those who serve and work here," Pelosi said on Friday.

Sicknick, 42, was a military veteran who served in the Capitol Police for 12 years, according to Rep. Don Beyer's office. Sicknick lived in Beyer's district in Virginia.

Sicknick's death Thursday night is being investigated by federal agencies and the homicide branch of Washington's Metropolitan Police. Capitol Police say the officer was "injured while physically engaging with protesters" and collapsed after making it back to his division office.

"He was taken to a local hospital where he succumbed to his injuries," the agency said.

Multiple law enforcement agencies are trying to find people involved in the incidents of Wednesday and early Thursday — including the discovery of two pipe bombs in the nation's capital. The FBI is offering a reward of up to $50,000 for information about who placed the bombs in Washington.

The devices, which authorities say are similar, were found at the headquarters of the Republican National Committee and the Democratic National Committee. The offices are two blocks away from each other, south of the Capitol building.

The FBI released a photo showing a person of interest wearing a gray hoodie and a face mask, holding what looks to be a backpack or small suitcase. The agency is urging anyone with information to contact the FBI through either its tip line at 1-800-CALL-FBI or to share images or video at the special website it has set up about the riot. 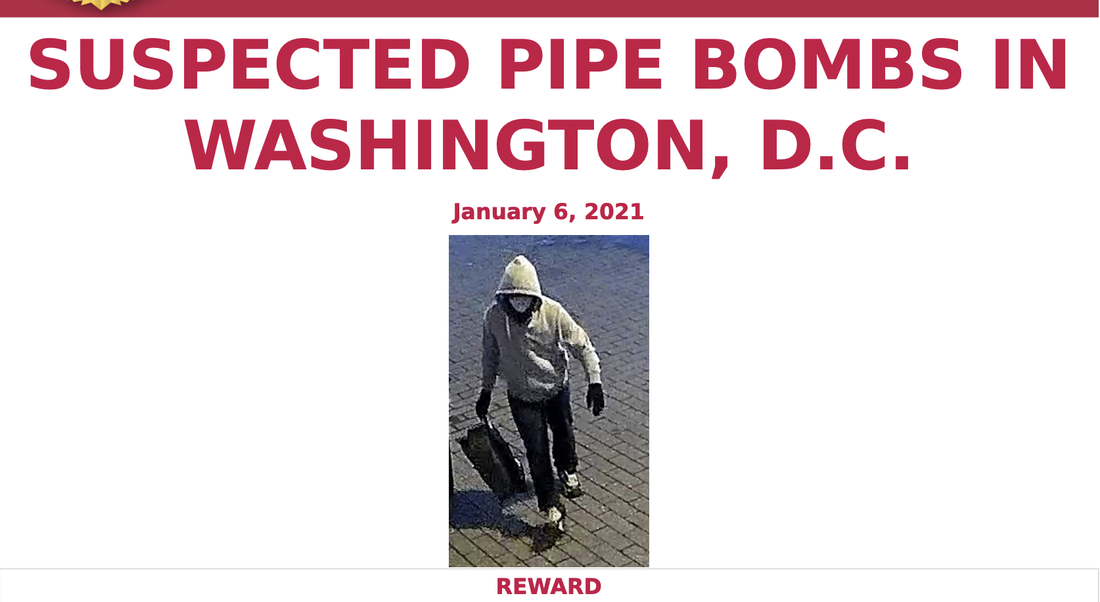 The FBI is offering a reward for information about a person who placed pipe bomb devices in Washington, D.C., on Wednesday. FBI/Screenshot by NPR hide caption 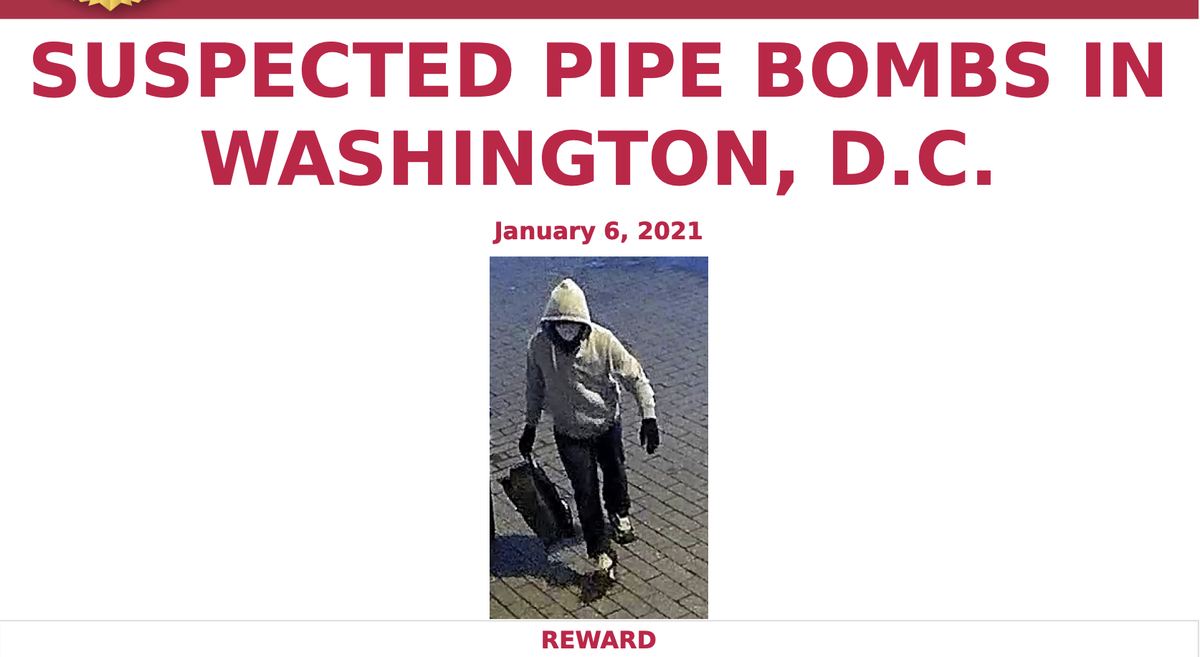 The FBI is offering a reward for information about a person who placed pipe bomb devices in Washington, D.C., on Wednesday.

As Pelosi ordered a commemoration in Sicknick's honor, she said his sacrifice is a reminder of the duty to protect the nation's democratic institutions.

"The violent and deadly act of insurrection targeting the Capitol, our temple of American Democracy, and its workers was a profound tragedy and stain on our nation's history," Pelosi said. "But because of the heroism of our first responders and the determination of the Congress, we were not, and we will never be, diverted from our duty to the Constitution and the American people."