Accessibility links
Pelosi Calls For Limiting Trump's Nuclear Authority: How It Works : Capitol Insurrection Updates The House speaker told colleagues she had spoken with the chairman of the Joint Chiefs of Staff about keeping the nuclear codes from an "unhinged President." 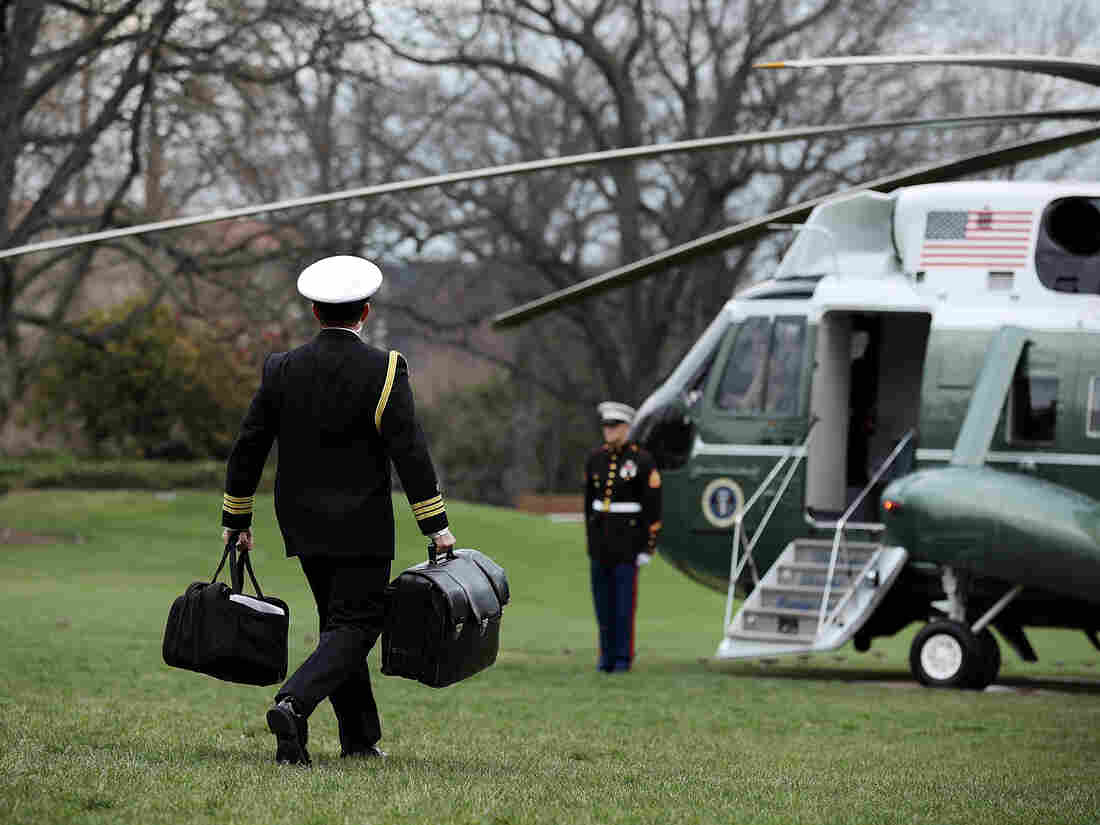 In March 2018, a White House military aide carries the "football," a system that allows President Trump to launch a nuclear strike at any time. Chip Somodevilla/Getty Images hide caption 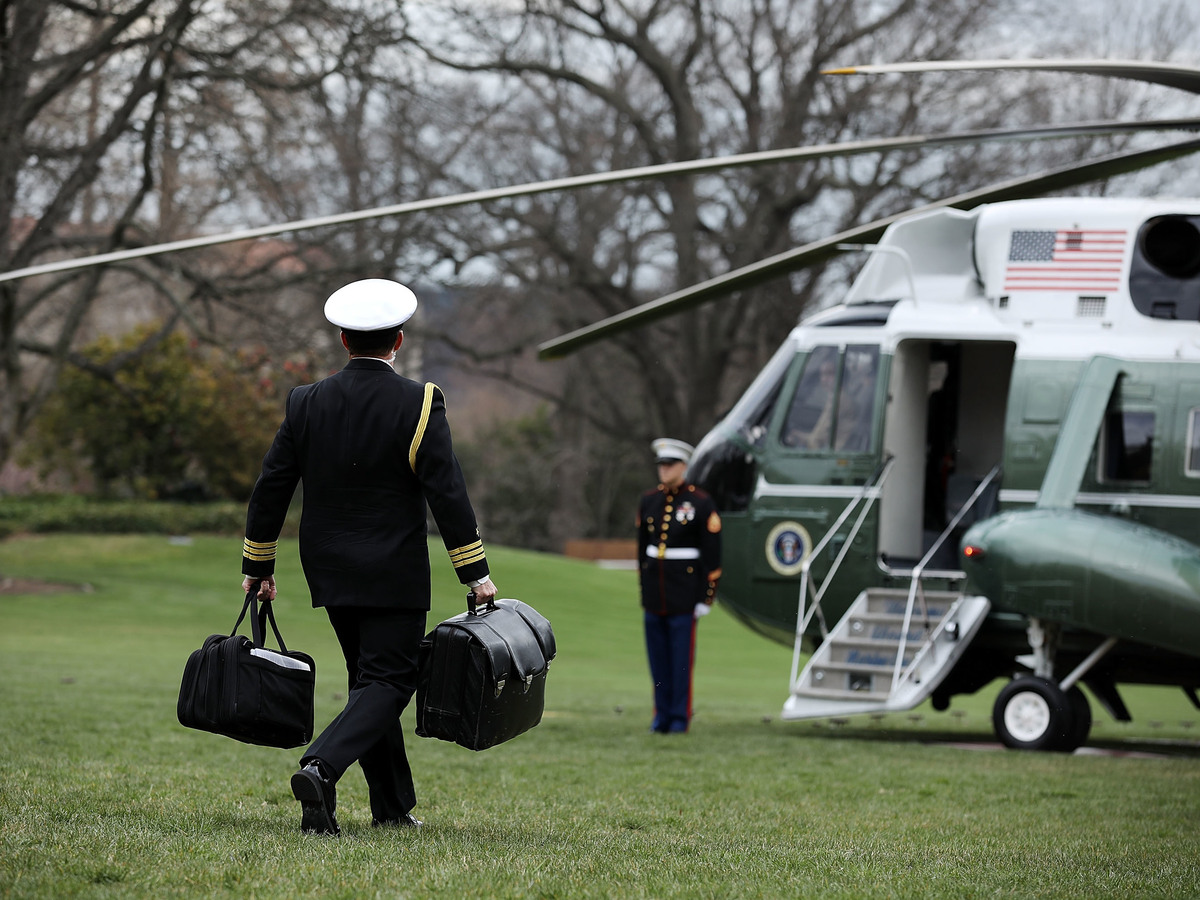 In March 2018, a White House military aide carries the "football," a system that allows President Trump to launch a nuclear strike at any time.

House Speaker Nancy Pelosi has asked the Pentagon's leadership to limit President Trump's ability to use nuclear weapons during his final days in office.

In a letter to her Democratic House colleagues on Friday, Pelosi said that she had spoken with the chairman of the Joint Chiefs of Staff, Gen. Mark Milley, about "available precautions for preventing an unstable president from initiating military hostilities or accessing the launch codes and ordering a nuclear strike."

"The situation of this unhinged President," Pelosi wrote, "could not be more dangerous and we must do everything that we can to protect the American people from his unbalanced assault on our country and our democracy."

Pelosi later told her caucus she had received assurances that there were safeguards in place, according to a source on the call. It is unclear what those safeguards might be.

With 12 Days Left, Removing Trump From Office Is Unlikely, If Not Impossible

Separately, several senators and members of Congress have written to Milley and acting Defense Secretary Christopher Miller to put checks on the president's authority to launch nuclear weapons.

Under current rules, Trump is the only person in the government who can order a nuclear strike.

"The President has sole launch authority, and he does not have to check that with anyone," says Elaine Scarry, a professor at Harvard University and author of Thermonuclear Monarchy, a book about launch authority.

In the past, putting the power to end civilization in the hands of a single person has been seen as the least bad option. Presidential launch authority began at the end of World War II when the military nuked Nagasaki without President Harry Truman's direct consent. At the start of the Cold War, launch authority was delegated to some field commanders, but that was eventually seen as too risky.

Under the current setup, the president travels with what is known as the nuclear "football," a briefcase that would allow him to initiate a nuclear strike from anywhere and at any time. The contents of the football are unknown, but it's believed to contain a phone and a number of predesignated attack options, says Joshua Pollack, a senior research associate at the Middlebury Institute of International Studies at Monterey.

The system was designed at the height of the Cold War when some feared a president would have just minutes to respond to a massive, incoming Soviet attack.

"The president could be killed by a foreign nuclear strike," Pollack says. "So he has to be able to get the orders off while he's still alive."

The checks and balances in place are designed to authenticate the president and relay his orders reliably to the military. But the whole command structure "just assumes that the president is fit for the job and is not going to arbitrarily order a nuclear attack," Pollack says.

In practice, Pollack says, it would probably be somewhat hard to start a nuclear Armageddon. Under most imaginable circumstances, senior Pentagon officials would be in the loop, authenticating the president's orders and advising him on what actions to take. If they feel the order is unlawful, they can refuse to carry out the launch.

But Pollack believes that by using the predesignated strike options in the nuclear football on his own, a president can technically bypass that system.

"There is not necessarily any kind of decision conference call," he says.

Both Scarry and Pollack believe it may be time to review the rules that allow presidents to conduct hair-trigger launches. Scarry says that Congress needs to be involved under its powers to declare war, though she adds concentrating that much power in the hands of just a few people may be fundamentally undemocratic.

If Trump were incapacitated for any reason, nuclear launch authority would fall to Vice President Pence. If he were unable to carry out his duties, absolute power over the nation's nuclear weapons would be given to the next person in the line of succession, the House speaker, Pelosi.