Accessibility links
3 Men Face Federal Charges In U.S. Capitol Break-In : Insurrection At The Capitol: Live Updates Jacob Anthony Chansley, known as the "QAnon shaman," is charged alongside Adam Johnson and Derrick Evans in a federal court Saturday. Johnson is said to be the man seen carrying the speaker's lectern. 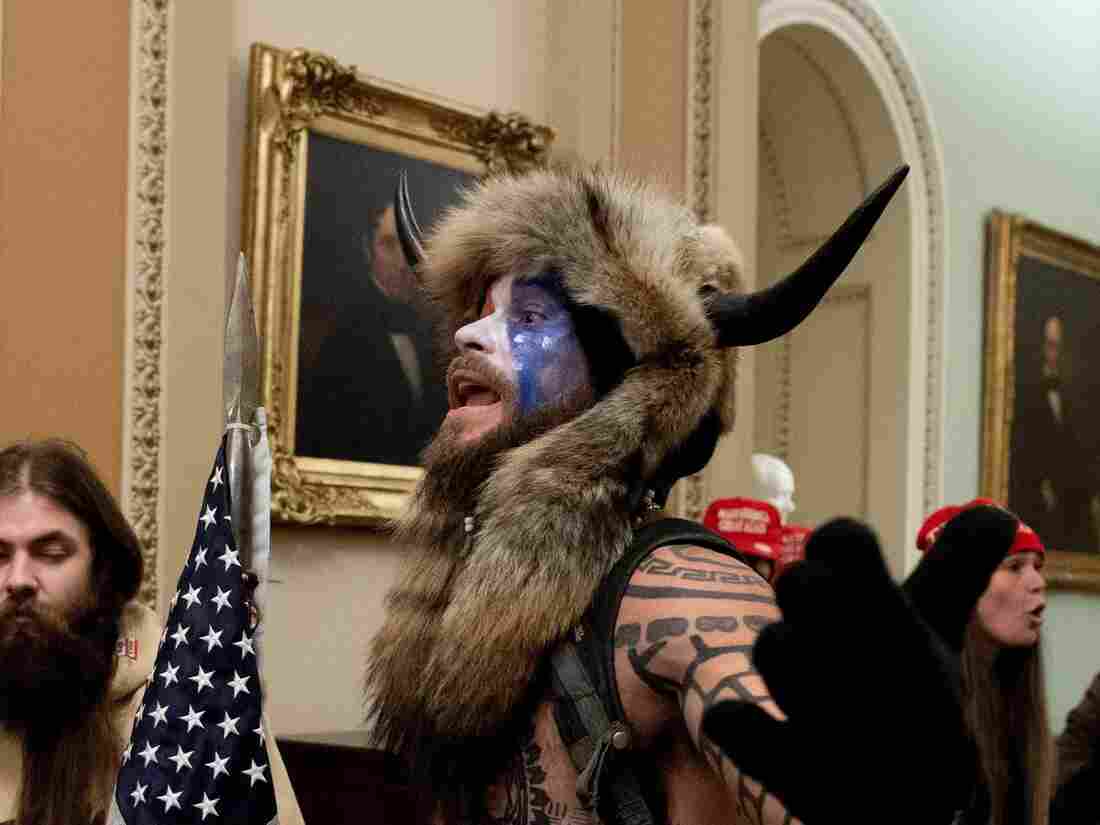 The Justice Department announced Saturday that it had charged the man known as the "QAnon shaman," Jacob Anthony Chansley, in connection with the Capitol break-in on Wednesday. Saul Loeb/AFP via Getty Images hide caption 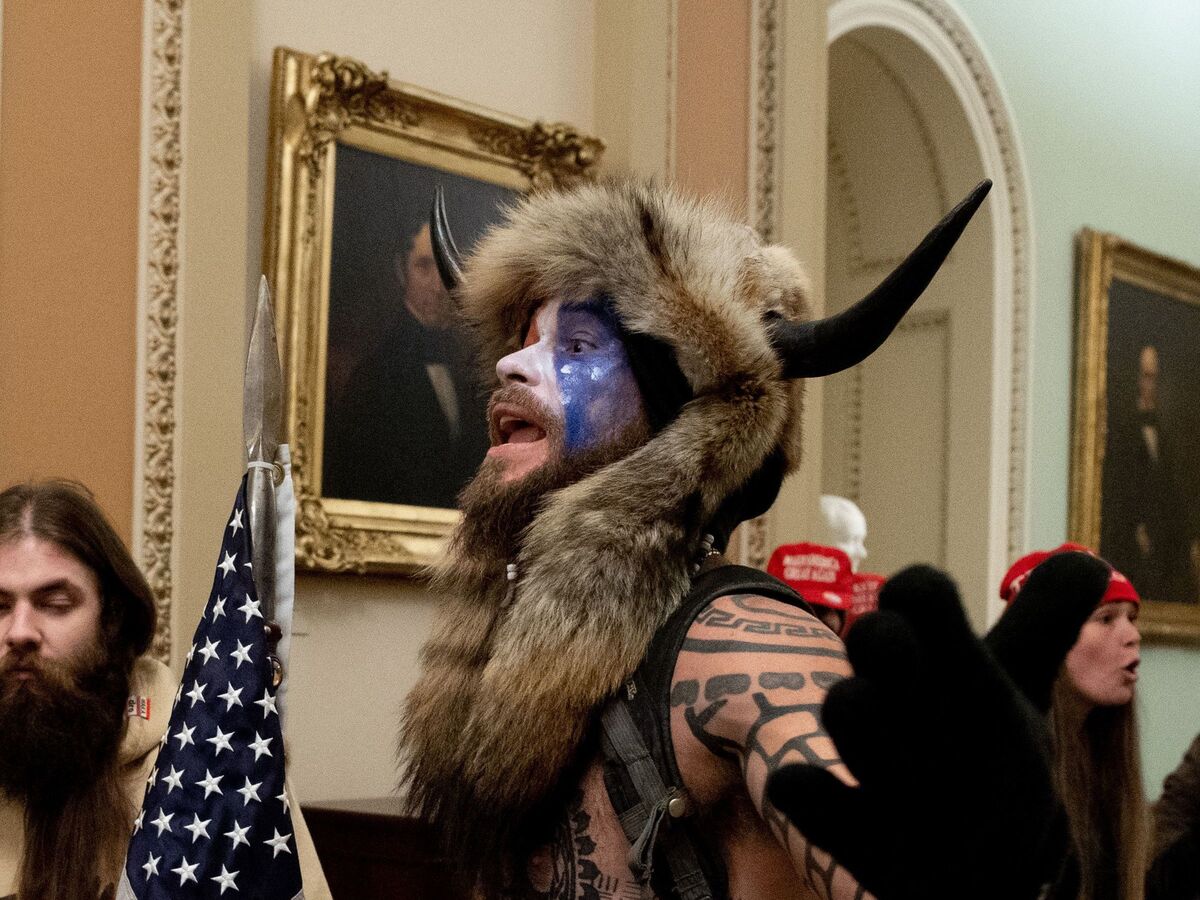 The Justice Department announced Saturday that it had charged the man known as the "QAnon shaman," Jacob Anthony Chansley, in connection with the Capitol break-in on Wednesday.

The Justice Department has charged three more people, including two identified from widely circulated photos, related to the riot at the U.S. Capitol.

Jacob Anthony Chansley, Adam Johnson and Derrick Evans were all charged in a federal court Saturday for their alleged actions during Wednesday's insurrection at the U.S. Capitol, said a DOJ statement.

The Justice Department said that two of the men charged Saturday were seen in some of the best-known images of the mob that stormed the Capitol after being spurred on by President Trump's remarks at a rally.

Chansley of Arizona, who the DOJ says is also known as Jake Angeli, is identified as the so-called "QAnon shaman" who was seen in several photos — most memorably standing at the Senate dais — with his face painted and wearing a bearskin headdress.

The statement also identifies Johnson of Florida as the man seen carrying the House speaker's lectern under his arm and through the halls of the Capitol. Both men's identities had floated around social media over the past few days.

Evans, who was a newly elected member of West Virginia House of Delegates, the DOJ notes, streamed his participation live on his Facebook page. On Saturday, Evans resigned from his seat, effective immediately.

"I hope this action I take today can remove any cloud of distraction from the state Legislature, so my colleagues can get to work in earnest building a brighter future for our state," Evans said in an accompanying statement.

All three men were charged with one count of knowingly entering or remaining in any restricted building or grounds without lawful authority and one count of violent entry and disorderly conduct on Capitol Grounds.

Johnson was also charged with theft of government property.

At least 13 others have been charged with federal crimes and dozens have been arrested in connection with the attack. Among them is Richard Barnett, who was identified as the man who sat at a desk in House Speaker Nancy Pelosi's office during the siege.