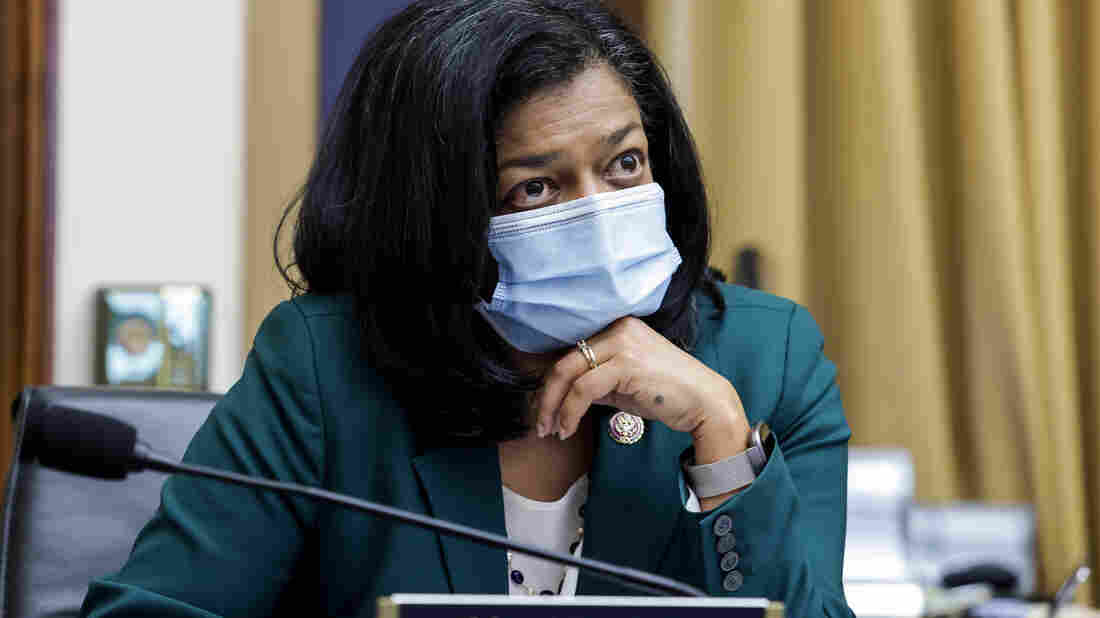 Rep. Pramila Jayapal, D-Wash., is calling for members of Congress who refuse to wear face masks to be fined and removed from the floor of their chamber. Graeme Jennings/Pool/AFP via Getty Images hide caption 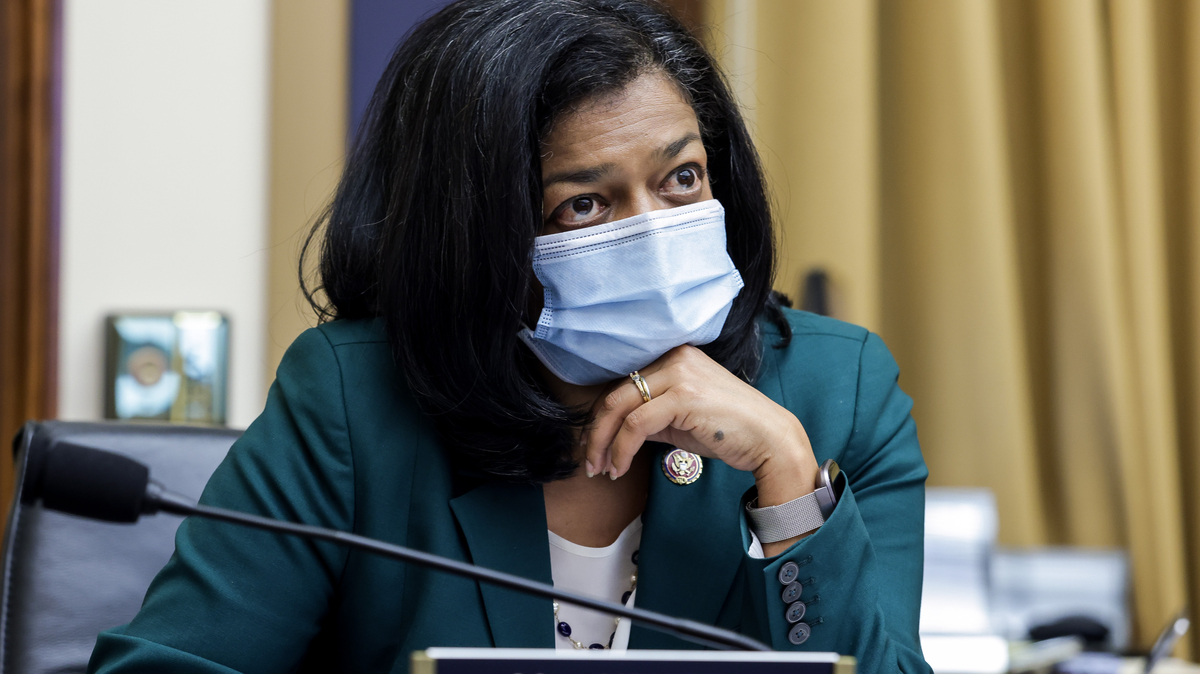 Rep. Pramila Jayapal, D-Wash., is calling for members of Congress who refuse to wear face masks to be fined and removed from the floor of their chamber.

At least three Democratic members of Congress have tested positive for the coronavirus this week, blaming their results on their Republican colleagues' refusal to wear face masks during the hours-long lockdown last Wednesday as pro-Trump extremists attacked the U.S. Capitol.

"Only hours after Trump incited a deadly assault on our Capitol, many Republicans still refused to take the bare minimum COVID-19 precaution and simply wear a damn mask in a crowded room during a pandemic — creating a superspreader event ON TOP of a domestic terrorist attack," Rep. Pramila Jayapal, D-Wash., said on Twitter.

On Tuesday, Rep. Brad Schneider, D-Ill., announced he has tested positive for the coronavirus after sheltering in place with other lawmakers who refused to wear masks.

"I am at least the third Member from that room paying the price," Schneider said, noting positive coronavirus tests from Jayapal and Rep. Bonnie Coleman, D-N.J.

Schneider shared a video of the scene, saying, "Several Republican lawmakers in the room adamantly refused to wear a mask, as demonstrated in video from Punchbowl News, even when politely asked by their colleagues."

Crowded conditions during the prolonged security lockdown recently prompted Dr. Brian Monahan, the attending physician to Congress, to urge members and staff to get coronavirus tests, citing a high chance of transmission.

Monahan also said that at least one lawmaker who was in a holding area was already positive before the chaotic events forced hundreds of people to gather together.

Jayapal was the second member of Congress to announce a positive test after the lockdown, along with Coleman. With Schneider, they join the ranks of more than 50 lawmakers and 220 workers in Congress who have either tested positive, or are presumed to have been infected with the coronavirus.

Jayapal, Coleman and Schneider are self-isolating. Coleman, who had taken the first of the required two doses of the coronavirus vaccine, says she is "experiencing mild, cold-like symptoms." Schneider said he has not had any symptoms.

Jayapal is pushing for people in Congress to show greater care in following safety guidelines and for anyone who ignores mask requirements to be punished — including senators and representatives.

"Wearing a mask is not a political statement, it is public health guidance, common courtesy, and simply what should be expected of all decent people," he said.