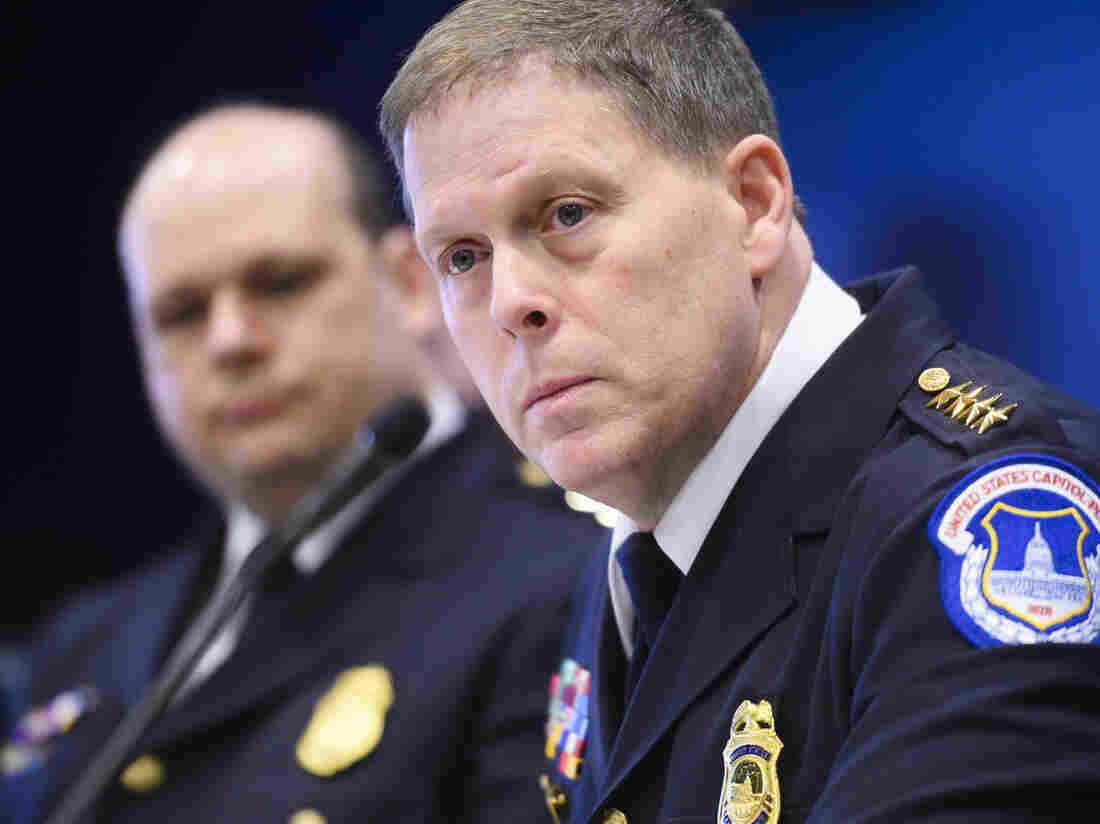 Steven Sund was chief of U.S. Capitol Police during the Jan. 6 insurrection. He resigned after the attack but defends his agency's preparations. Tom Williams/CQ-Roll Call via Getty Images hide caption 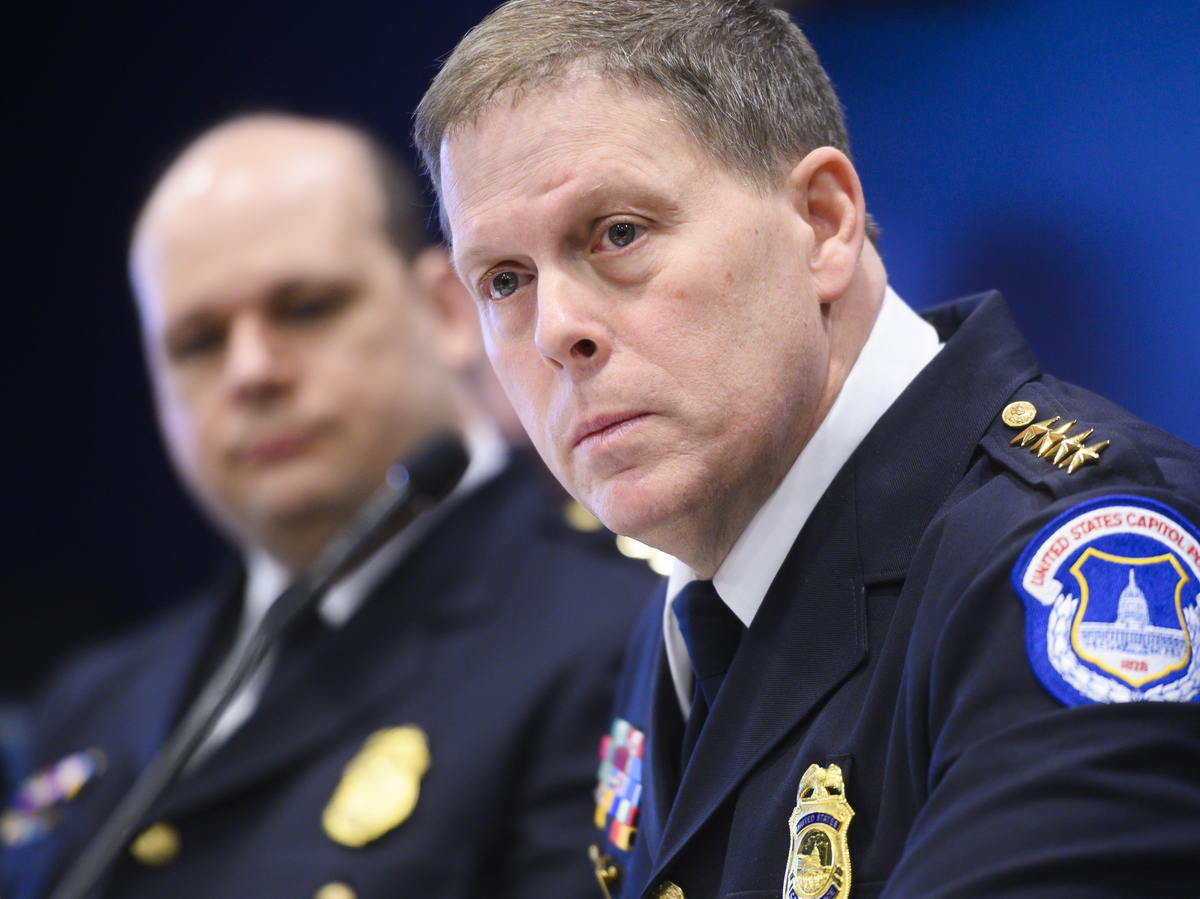 Steven Sund was chief of U.S. Capitol Police during the Jan. 6 insurrection. He resigned after the attack but defends his agency's preparations.

As thousands of National Guard troops now buttress security in Washington, D.C., and the nation, former U.S. Capitol Police Chief Steven Sund is standing by his actions, and those of his agency, on Jan. 6 — the day pro-Trump rioters attacked the Capitol under his watch.

In an interview with NPR, Sund says he had already planned to have 1,400 to 1,500 officers on duty, "all hands on deck." He said Capitol Police expected a large crowd but said nothing prepared them for what actually happened.

"We expected some additional violence maybe between some of the counterprotesters — that's one of the reasons we went to the all hands on deck, but nothing like what we saw," said the former longtime member of the D.C. Metropolitan Police Department. "I've been in law enforcement 30 years. I've never seen anything like that in my life."

Sund said he spoke to then-House Sergeant-at-Arms Paul Irving on Jan. 4 about additional aid from the National Guard but was turned down. He had hoped to have service members along the larger perimeter set with police barricades.

Sund said he believes Irving consulted with his Senate counterpart, Sergeant-at-Arms Michael Stenger, and then Irving told him there were concerns of optics. These were driven perhaps by "just the military being probably around the Capitol complex," said Sund who, along with Irving and Stenger, all resigned soon after the attack.

Sund said Capitol Police did not receive intelligence from the FBI or other agencies of an orchestrated attack. It was later revealed that the FBI was aware of some extremist activity and said it shared a warning with its partners, including the Capitol Police.

He also rejects claims that bias, or systemic racism, played a role in the decisions leading up to, or on, that day. He said it's unfair to compare security for the joint session with other high-profile events at the Capitol, such as the 2018 Supreme Court confirmation hearings for Justice Brett Kavanaugh, which saw more than 200 arrests.

What We Know So Far: A Timeline Of Security Response At The Capitol On Jan. 6

"They must not have been watching the same video I was watching. I was watching officers fighting for their lives on Wednesday," Sund said. "That's no comparison — one was a demonstration and one is a violent attack."

However, he signaled that perhaps congressional oversight of Capitol Police may have had a role to play in the security failures.

"I know a number of a number of groups are investigating this incident. I think they'll find that it's a very convoluted, bureaucratic method of maintaining security in the nation's capital," Sund said.

The day after the attack the top security officials at the Capitol — the House sergeant-at-arms, Irving, and the Senate sergeant-at-arms, Stenger — resigned their posts following requests from top leaders of both parties. Sund resigned his position hours after House Speaker Nancy Pelosi and others called for his removal.

On Jan. 7, Pelosi said she had not talked to Sund when she called for him to step down.

"And I think Mr. Sund – he hasn't even called us since this happened," Pelosi told reporters. "So, I have made him aware that I would be saying that we're calling for his resignation."

An aide to Pelosi later clarified she was referring to the hours since the last conversation with Sund, which occurred early in the evening Jan. 6.

Sund told NPR he spoke with Pelosi three times on Jan. 6, including a call with top leaders about reconvening in the House and Senate to continue the count of the electoral votes.

"It was very chaotic that evening, I know. I can only imagine just how busy Speaker Pelosi was that night. I know I had been on at least three phone calls with her," he said. 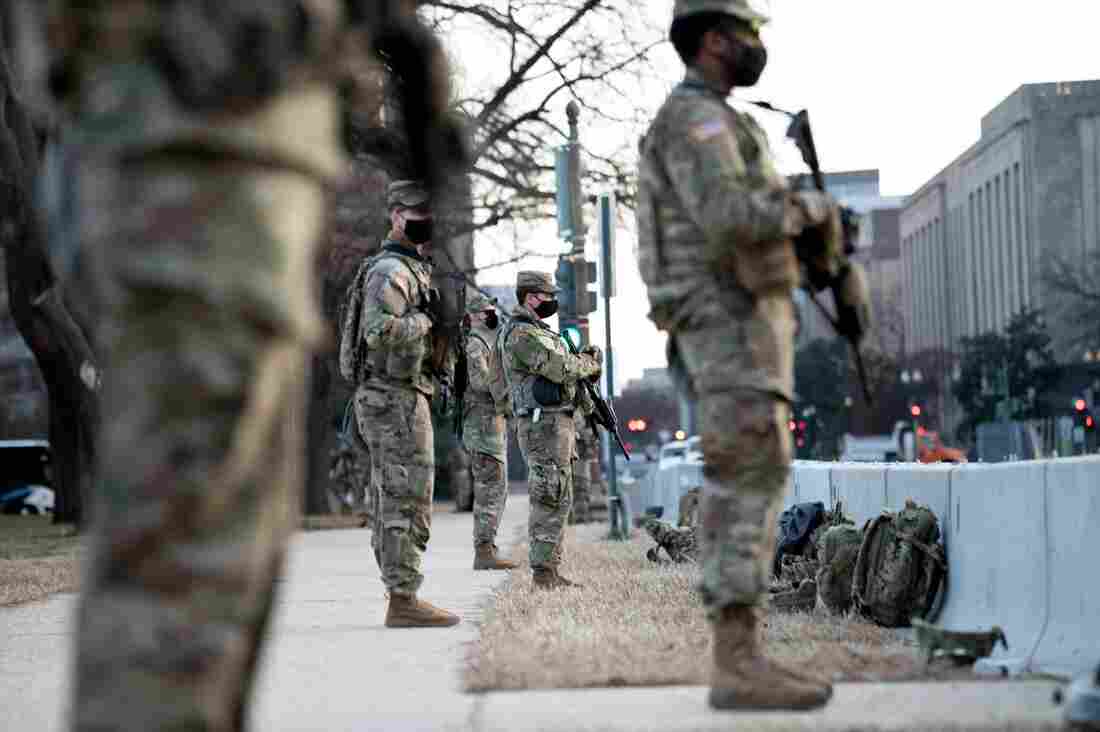 One phone call occurred at 6:25 p.m. ET, Sund says, when he spoke to Pelosi and Senate Majority Leader Mitch McConnell to coordinate their returns back into their respective chambers.

Sund told NPR on Friday that he increasingly believes the insurrection was part of a coordinated, planned attack on the Capitol. Specifically, Sund believes that reports of pipe bombs planted at the headquarter offices of the Republican National Committee and the Democratic National Committee in southeast Washington were part of an effort to distract police as the violent mob approached the Capitol complex. The Justice Department said it has "no direct evidence of kill or capture teams" but is still looking into what kind of planning there was.

Sund said moments before those reports came through, he was in the operations center for Capitol Police and watching the rally with President Trump at the Ellipse.

"We had the volume up a little bit so I can kind of hear what was going on, listening for anything — anything that was going on down there," Sund said. Then "we had to turn the volume down to, you know, again, to direct our attention toward the first pipe bomb that was over at the Republican National Committee."

The FBI has said the first pipe bomb was reported at 1 p.m. ET at the RNC in southeast Washington, followed by a report of a second pipe bomb at the DNC at 1:15 p.m. A suspect in that case has not be identified.

"I think that's all part of the concerted and coordinated efforts that led to the violent attack," Sund said. "Those were diversionary tactics to pull resources away from the Hill in advance of that attack. I honestly believe that."

Sund said he believes new information since released by the FBI and others signal this could have been part of a coordinated attack. 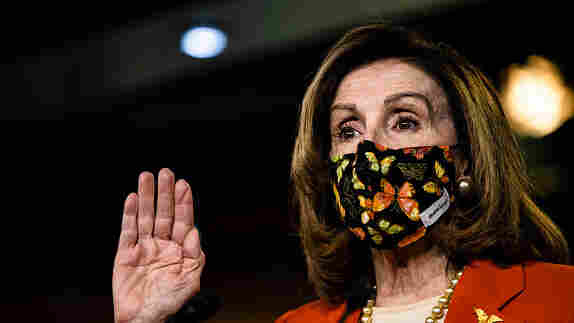 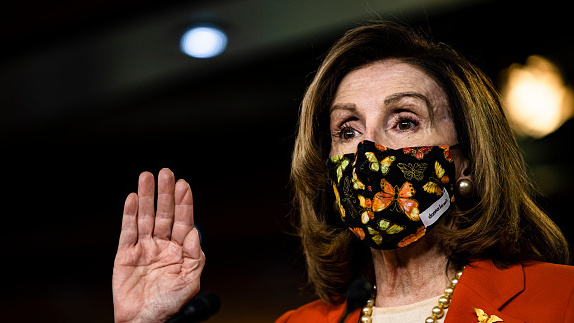 House Nancy Pelosi, D-Calif., has launched a security review of the Capitol following last week's attack on the building that resulted in five deaths.

On Friday, Pelosi said she has asked retired Lt. Gen. Russel Honoré to lead an investigation into security at the Capitol complex following the riot.

"We must subject this whole complex to scrutiny," Pelosi said.

Pelosi, D-Calif., pointed to Honoré's experience responding to Hurricane Katrina and his knowledge of the Washington region. Various House committees are also gearing up investigations related to the Capitol Police and the response from the Defense Department and others to the insurrection.

Pelosi noted she has been in touch with the secretary of the Army and the head of U.S. Secret Service to ensure that all requests for reinforcements from the Capitol Police for security around the inauguration are met. She pointed out that for weeks the inauguration would be a smaller ceremony due to the coronavirus pandemic. "This is not a concession to the terrorists," she said. "It is a recognition of the danger of COVID."

The speaker said security needs should be based on intelligence from law enforcement, but "redundancy may be necessary," adding there should be "not too much, but enough" to meet possible threats.

Questions over allegations of some members' possible links

Pelosi, when asked about allegations that some members of Congress were potentially linked with those involved in the attack, said lawmakers have to trust that their colleagues respect each other and their oath of office.

"If, in fact, it is found that members of Congress were accomplices to this insurrection, if they aided and abetted the crime, then there have to be actions taken beyond the Congress and in terms of prosecution for that," she said. No evidence has been presented from those Democratic lawmakers making accusations about possible links from members to the extremists involved in the attack.

The speaker noted the swift action by the House of Representatives, voting to impeach Trump for one article of "incitement of insurrection" one week after the attack. Pelosi declined to answer when she would send the article of impeachment to the Senate to start the process of a trial.