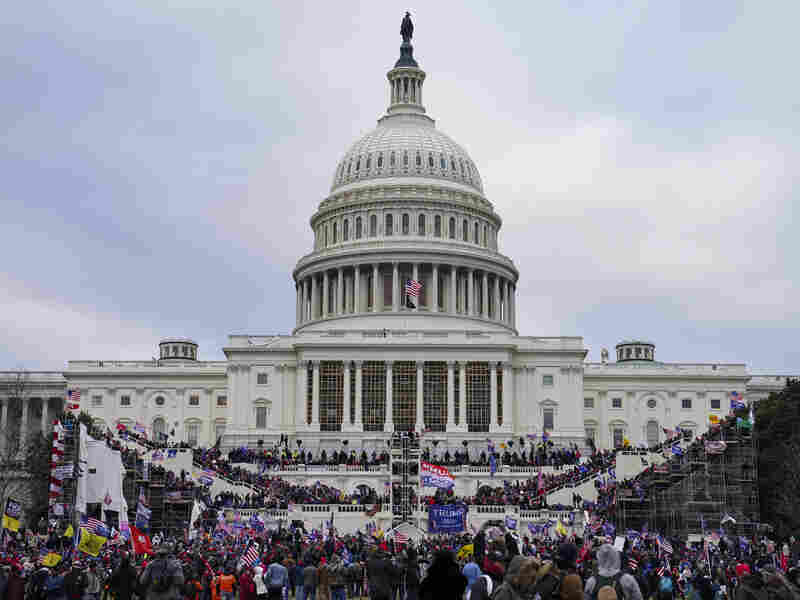 Rioters storm the Capitol on Jan. 6. Three individuals associated with an extremist group were indicted Wednesday on charges that include conspiracy and obstructing an official proceeding. John Minchillo/AP hide caption 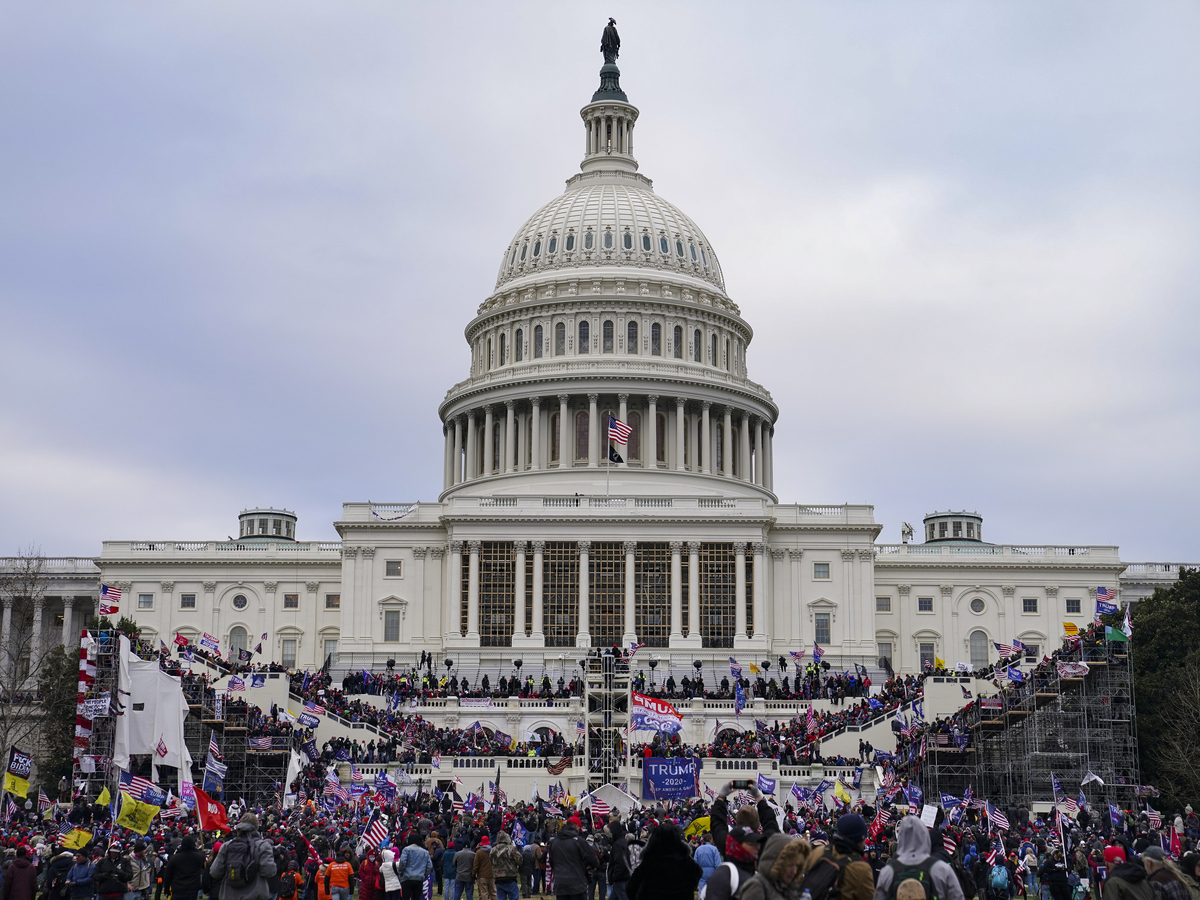 Rioters storm the Capitol on Jan. 6. Three individuals associated with an extremist group were indicted Wednesday on charges that include conspiracy and obstructing an official proceeding.

Individuals tied to what the Justice Department calls a paramilitary group were indicted Wednesday on federal charges related to the attack on the Capitol on Jan. 6. They face up to 20 years in prison.

Jessica Marie Watkins, 38, and Donovan Ray Crowl, 50, both from Champaign County, Ohio, and Thomas Caldwell, 65, of Clarke County, Va., were arrested about two weeks after the insurrection in Washington, D.C., a Justice Department news release said. They face a slew of charges: conspiracy, obstructing an official proceeding, destruction of government property and unlawful entry on restricted building or grounds.

All three have ties to the Oath Keepers, which is described by the Justice Department as "a paramilitary organization focused on recruitment of current and former military, law enforcement, and first responder personnel." The organization encourages its members and prospective recruits to uphold their sworn oath to defend the Constitution, according to the Oath Keepers website.

Watkins, Crowl and Caldwell are accused of communicating their plans long before the assault in Washington. The Justice Department said the three coordinated their attack on the Capitol. Additionally, they documented their participation in the attack on social media, investigators said. Watkins posted a video of herself inside the Capitol on Parler. "Yeah. We stormed the Capitol today. Teargassed, the whole, 9," she said. "Pushed our way into the Rotunda. Made it into the Senate even."

Caldwell posted messages like, "We are surging forward. Doors breached," on Facebook. The department said Watkins and Crowl confirmed their Oath Keepers membership during interviews with the media.