Accessibility links
U.S. Judge Grants Accused Rioter's Request To Vacation In Mexico : Capitol Insurrection Updates Jenny Cudd is accused of two misdemeanors: entering a restricted building or grounds, and violent entry or disorderly conduct. She told the court she had already paid for the work-related trip. 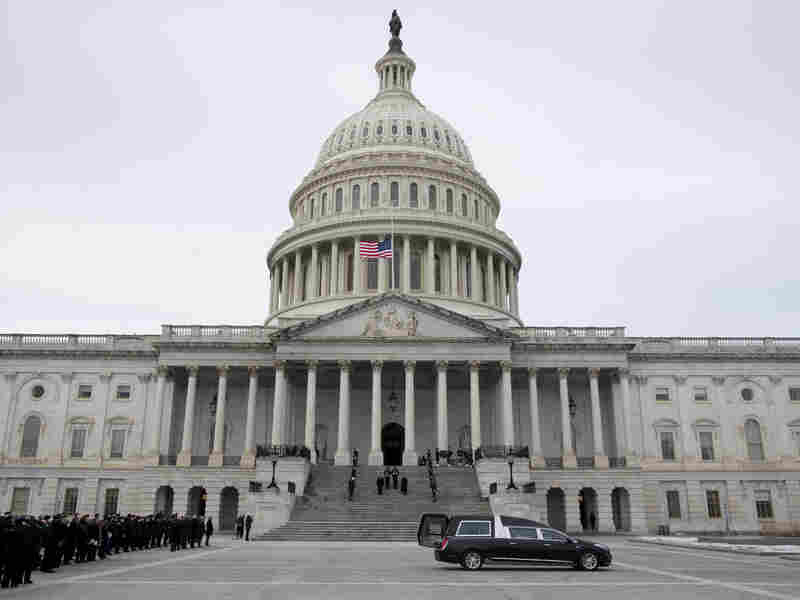 The U.S. Capitol is seen earlier this week during ceremonies in honor of Capitol Police officer Brian Sicknick who suffered fatal injuries during the Jan. 6 attack on the building. Michael Reynolds/AP hide caption 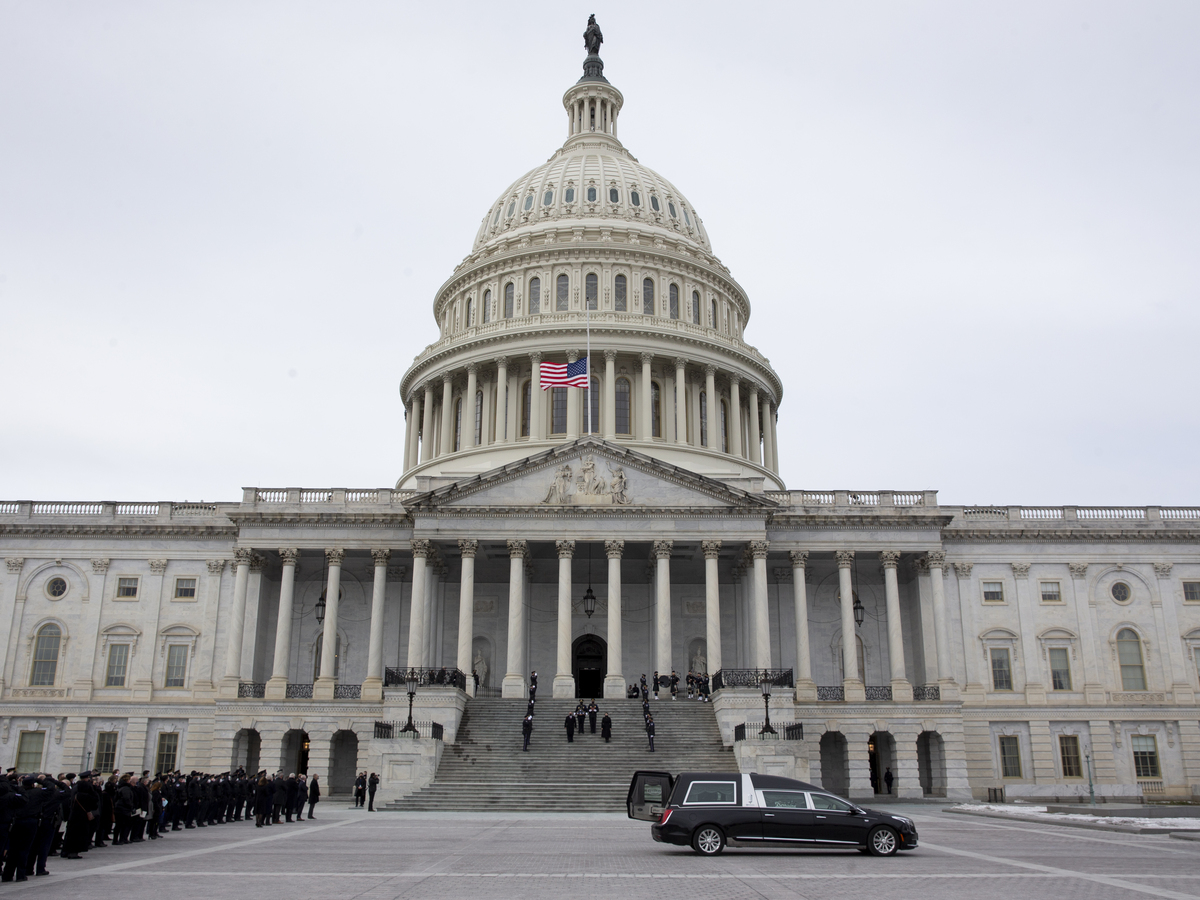 The U.S. Capitol is seen earlier this week during ceremonies in honor of Capitol Police officer Brian Sicknick who suffered fatal injuries during the Jan. 6 attack on the building.

A U.S. judge has approved a Texas woman's request to go on vacation in Mexico, despite her admission that she took part in last month's insurrection at the U.S. Capitol. Jenny Cudd is accused of breaking federal laws that could result in a prison sentence. But she told the court that she wanted to travel, because she had already paid for the weekend retreat.

"This is a work-related bonding retreat for employees and their spouses," Cudd's attorney wrote in the request for the defendant to be able to leave the country. The filing noted that before the Jan. 6 incident at the Capitol, Cudd had already planned to go on a weekend retreat with her employees in Riviera Maya, Mexico, from Feb. 18-21.

District Judge Trevor McFadden, who was confirmed to the bench in 2017, approved Cudd's request. His order cites her lack of a previous criminal record and says there is no evidence that she poses a flight risk or is a danger to others.

The request was granted two days after a grand jury indicted Cudd on five federal counts, including one felony. The charges include obstructing an official proceeding of Congress; being in a restricted building; disorderly or disruptive conduct in a restricted area; disorderly conduct in the U.S. Capitol; and parading or demonstrating inside the Capitol.

When Cudd filed her travel request earlier in the week, she stood accused of two misdemeanor crimes: entering a restricted building or grounds, and violent entry or disorderly conduct.

Cudd became a high-profile figure immediately after the riot, as she posted lengthy videos about how she moved through the building where lawmakers had gathered to certify President Biden's election win over former President Donald Trump. She is accused of two misdemeanors: entering a restricted building or grounds, and violent entry or disorderly conduct.

"We did break down [House Speaker] Nancy Pelosi's office door and somebody stole her gavel, and took a picture sitting in the chair flipping off the camera, and that was on Fox News," Cudd said.

Cudd, a business owner who formerly ran for mayor in Midland, Texas, said days after the riot, "Yes, I would absolutely do it again."

In the travel request, Cudd's attorney noted that both the federal prosecutor and the pretrial services officer assigned to her case did not object to her seeking to visit Mexico.

Cudd's case was initially assigned to Magistrate Judge Zia M. Faruqui, before it moved to the district judge. Other judges have also been involved in her case: Magistrate Judge G. Michael Harvey approved her release on bond, for instance, and Cudd appeared before Magistrate Judge Robin Meriweather for a video teleconference hearing.