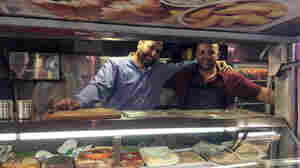 Khaldoun Barghouti (left) and Abdul Rahman Rahim al-Bibi (right), behind the counter at their food truck. The two men say they met behind bars in an Israeli prison, where they worked in the canteen. Lauren Frayer/NPR hide caption

In An Israeli Prison, 2 Palestinians Found A Future: A Food Truck

November 2, 2016 • The food truck craze has reached the Israeli-occupied West Bank. Two Palestinians who met in an Israeli prison are running one. They learned to cook while working in the prison canteen.

In An Israeli Prison, 2 Palestinians Found A Future: A Food Truck 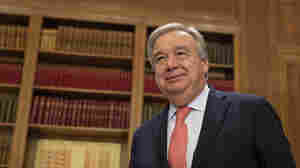 Meet The Man Tapped To Become The Next U.N. Secretary-General

Meet The Man Tapped To Become The Next U.N. Secretary-General 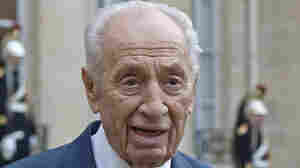 September 13, 2016 • Peres, 93, suffered a stroke and was taken to a Tel Aviv hospital. He won the Nobel Peace Prize in 1994 for his role in negotiating an interim peace agreement between Israel and the PLO.

Thousands Of Injuries In Israeli-Palestinian Conflict Have Lasting Impact

August 14, 2016 • Thousands of Palestinians and Israelis have been injured over the last decade, even during the times there isn't an all-out war between the two sides. The effects ripple through their communities.

Thousands Of Injuries In Israeli-Palestinian Conflict Have Lasting Impact 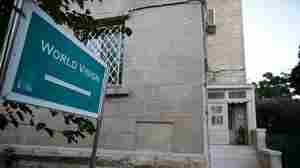 The office of the World Vision, in east Jerusalem. A senior staffer in Gaza was arrested in June and indicted on Thursday. Ahmad Gharabli /AFP/Getty Images hide caption

August 5, 2016 • Israel said it arrested a senior World Vision staffer in Gaza and accused him of funneling funds to the Hamas militant group. The Christian charity said it has "no reason" to believe the allegations.

July 30, 2016 • Israel has reduced the flow of water to the West Bank, causing hardship for Palestinians living there. Depending on whom you ask, the problem comes from either leaky pipes or politics between. 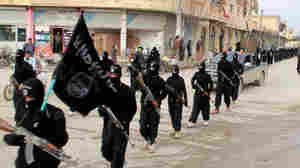 June 14, 2016 • What draws people to terrorism? What propels them to commit mass murder? This week, we explore why some young people are attracted to terrorism. 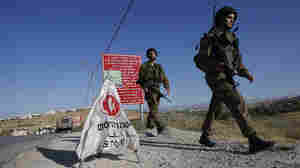 Israeli soldiers walk near a temporary checkpoint at the entrance of the Palestinian village of Yatta in the West Bank on Thursday after army forces entered the village in search of clues to Wednesday night's shootings in the Israeli city of Tel Aviv. Hazem Bader /AFP/Getty Images hide caption

June 9, 2016 • Israel says it is suspending tens of thousands of movement permits for Palestinians a day after four Israelis died in a mass shooting at a Tel Aviv food and retail center. 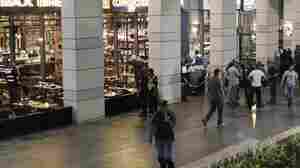 June 8, 2016 • Israeli police say two gunmen who shot shoppers at a popular open-air market were apprehended. Both are Palestinian men in their 20s.

The Controversy Over Boycott, Divestment And Sanctions On Israel

The Controversy Over Boycott, Divestment And Sanctions On Israel 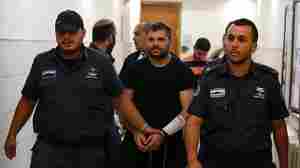 Israeli Yosef Haim Ben-David (center), the ringleader in the killing of Palestinian teenager Mohammed Abu Khdeir in 2014, is escorted by Israeli policemen at the district court in Jerusalem on Tuesday. Ahmad Gharabli /AFP/Getty Images hide caption

May 4, 2016 • Sixteen-year-old Mohammed Abu Khdeir was kidnapped, beaten, doused in gasoline and burned to death in 2014. It escalated tensions during the lead-up to that summer's Gaza war. 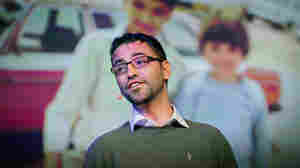 Aziz Abu Sarah describes how he came to lead tours in which Jews, Muslims and Christians cross contested borders to spend time in each other's cultures. Ryan Lash/TED hide caption

Aziz Abu Sarah: How Can Tourism Promote Peace In The Middle East?

April 22, 2016 • Social entrepreneur and educator Aziz Abu Sarah describes how he came to lead tours in which Jews, Muslims and Christians cross contested borders to spend time in each others cultures.

How Can Tourism Promote Peace In The Middle East? 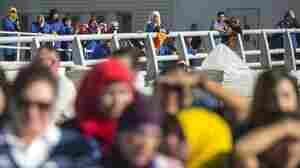 Arab-Israeli colleagues react to the departure of the last Palestinian SodaStream employees from the company's plant in the Israeli city of Rahat on Feb. 29. Jack Guez/AFP/Getty Images hide caption

March 27, 2016 • When the Israeli company left the West Bank amid international pressure, it left behind hundreds of Palestinian employees, too. SodaStream's CEO lays blame for the lost jobs with Israel's government.

For One Palestinian Woman, There Will Not Be Peace

March 24, 2016 • A Palestinian woman talks about going out on a limb years ago to work with left-wing Israelis on co-existence — an effort that ended in disappointment.

For One Palestinian Woman, There Will Not Be Peace 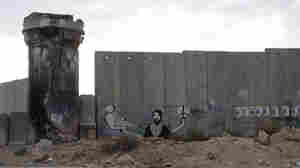 What Happens When You Empathize With The Enemy

March 22, 2016 • This week on Hidden Brain, the stories of two men who showed empathy for the other side and found themselves labeled "enemy" by their own people.

What Happens When You Empathize With The Enemy