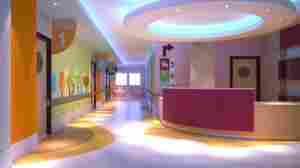 An interior view of the plans for the Gaza children's cancer treatment center. Courtesy of CEP Consultants hide caption

In Gaza, Kids With Cancer Have 'Virtually No Care.' One Group Hopes To Help

December 6, 2015 • If children in the Gaza Strip need to get treatment for cancer, they face a bureaucratic morass — and a trek outside Gaza. One nonprofit hopes to fix that by building a pediatric cancer center there.

In Gaza, Kids With Cancer Have 'Virtually No Care.' One Group Hopes To Help 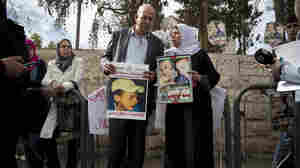 November 30, 2015 • The teens are expected to be sentenced in January. A ruling on the accused ringleader, 31-year-old Yosef Haim Ben-David, has been delayed.

With Help From Kerry, Israel And Jordan Reach A Deal To Quell Violence

October 24, 2015 • Secretary of State John Kerry has helped forge an agreement between Israel and Jordan, in an effort to defuse violence between Israelis and Palestinians over the past few weeks.

With Help From Kerry, Israel And Jordan Reach A Deal To Quell Violence

October 23, 2015 • A spark for Israel's current violence is access to al-Aqsa Mosque. A look at failed efforts to share sacred places across the Holy Land shows why neither side trusts the other to keep promises. 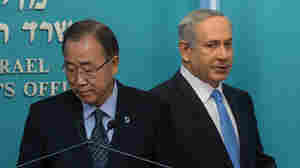 October 20, 2015 • The secretary-general's visit comes as recent clashes between Israelis and Palestinians have left dozens dead. 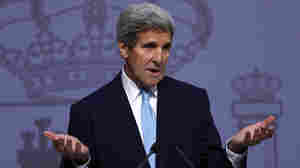 U.S. Secretary of State John Kerry speaking at a news conference in Spain. Kerry will attempt to strike the right balance in separate meetings later this week with Israeli and Palestinian leaders. Francisco Seco/AP hide caption

Kerry On Holy Site In Jerusalem: 'We're Not Seeking Outsiders Or Others To Come In'

October 19, 2015 • Kerry appeared to push back against a French proposal calling for an international presence at the holy site in order to preserve the status quo agreement. Israel is against the proposal.

October 18, 2015 • NPR's Michel Martin speaks to Mark Regev, who has been the chief spokesman for Israeli Prime Minister Benjamin Netanyahu. Regev will be taking over as Israel's ambassador to the U.K.

October 18, 2015 • Mustafa Barghouti, a Palestinian physician and general secretary of the Palestine National Initiative, talks with NPR's Michel Martin about continued violence in the Middle East. 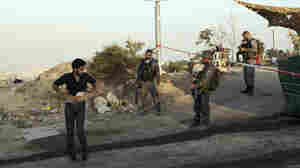 Israeli border police order a Palestinian to lift his shirt at a checkpoint as he exits the Arab neighborhood of Issawiya in Jerusalem. Mahmoud Illean/AP hide caption

With Violent Clashes On The Rise, Israel Builds Wall In East Jerusalem

October 18, 2015 • News of the wall being erected comes a day after Israeli officials say five stabbings or attempted stabbings of Israelis by Palestinian assailants took place on Saturday. 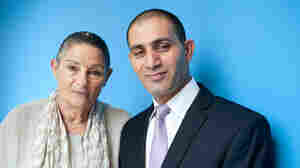 October 17, 2015 • Several people have died and dozens more been injured as violence has wracked Israel. Two parents — one Israeli, one Palestinian — who have lost children to earlier bloodshed seek a new way forward.

Violence Between Israelis And Palestinians Continues

October 17, 2015 • Israeli security forces said Saturday that Palestinians attempted three stabbing attacks in Jerusalem and in the West Bank. NPR's Emily Harris is in Jerusalem to help us understand what's happening and why.

Violence Between Israelis And Palestinians Continues

Revisiting Rabin's Assassination, And The Peace That Might Have Been

October 13, 2015 • Twenty years ago, Israeli Prime Minister Yitzhak Rabin was killed by a Jewish religious zealot. Dan Ephron, author of Killing a King, discusses the assassination and its effect on the peace process.

Revisiting Rabin's Assassination, And The Peace That Might Have Been 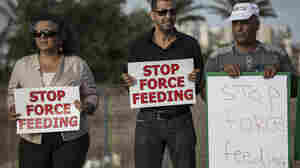 Israeli Arab supporters of Mohammad Allan hold signs during a rally in the Israeli city of Ashkelon earlier this month. Allan spent his college years as an activist, fighting for Palestinian rights as a member of the student wing of the Palestinian Islamic Jihad militant group. Tsafrir Abayov/AP hide caption

August 22, 2015 • After a Palestinian prisoner's hunger strike, Israel's parliament passed a law permitting the force-feeding of prisoners to keep them alive, but doctors made it clear they wouldn't participate

After A West Bank Home Goes Up In Flames, Tensions Flare In The Region

August 1, 2015 • A Palestinian baby was killed Friday in an arson attack in the West Bank. Jewish settlers are suspected in the attack, which Israeli Prime Minister Benjamin Netanyahu has called "an act of terrorism."

After A West Bank Home Goes Up In Flames, Tensions Flare In The Region