U.S. Tries To Restore Ties Between Turkey And Israel

April 29, 2013 • Turkish and Israeli delegations are discussing compensation for families of the nine activists killed aboard the Turkish aid ship Mavi Marmara when Israeli commandos boarded the ship off the Gaza coast in 2010. The talks are part of an effort by Washington, D.C., to restore normal ties between two of its allies, but the process faces a number of pitfalls. Several families of the aid ship victims say they don't want compensation until Israeli restrictions on Gaza are lifted, something Israel has not offered and is unlikely to do while Hamas remains in charge of Gaza.

U.S. Tries To Restore Ties Between Turkey And Israel

Diplomacy, Sanctions And A Nearing Red Line With Iran

April 29, 2013 • Sanctions have hurt the Iranian economy, but have so far failed to convince Tehran to abandon nuclear ambitions. A report from the Iran Project argues that it's time to re-examine the balance of sanctions and diplomacy. Others argue it's time to consider military options.

Diplomacy, Sanctions And A Nearing Red Line With Iran 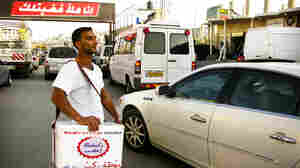 Ahmed Fahad sells ice cream from a Styrofoam cooler through tangled traffic at the Qalandia checkpoint between Jerusalem and the West Bank city of Ramallah. Emily Harris/NPR hide caption

At Israeli Checkpoint, Tear Gas And Ice Cream A Way Of Life

April 27, 2013 • At the Qalandia checkpoint between Jerusalem and Ramallah, violent flare-ups can be as routine as vendors selling ice cream and CDs.

At Israeli Checkpoint, Tear Gas And Ice Cream A Way Of Life 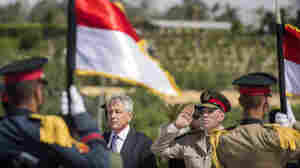 U.S. Secretary of Defense Chuck Hagel stands with an Egyptian army official as he salutes before laying a wreath at the Tomb of the Unknown Soldier on Wednesday in Cairo, Egypt. Pool/Getty Images hide caption

April 24, 2013 • The defense secretary said the U.S. has to be "very careful" before drawing conclusions about Syria. The U.S. has said the use of chemical weapons is a "red line" in the conflict.

U.S. Hesitant To Act On Claims Of Chemical Weapons In Syria

April 24, 2013 • The Syrian regime is facing more allegations that it's used chemical weapons in its ongoing civil war. A top Israeli intelligence official on Tuesday cited photographs of victims as evidence of sarin gas. But the Obama administration says it's looking for more "conclusive evidence" before deciding to take action. Fore more, Robert Siegel talks with Susan Glasser, editor in chief of Foreign Policy Magazine, and Charles Blair, Senior Fellow for State and Non-State Threats at the Federation of American Scientists.

U.S. Hesitant To Act On Claims Of Chemical Weapons In Syria 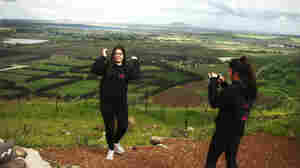 Israeli students snap photos of the Syrian landscape from Mount Bental in the Golan Heights, which is occupied by Israel. Israelis have even watched Syrian troop and rebel movements from here. Emily Harris/NPR hide caption

In the Golan Heights: Stray Bullets And Spring Cleaning

April 24, 2013 • The Syrian civil war rages just a short distance across the frontier from Israeli-occupied territory. As spring blossoms around them, Israelis are watching warily.

In the Golan Heights: Stray Bullets And Spring Cleaning

April 24, 2013 • Officials from France, Britain and Israel claim chemical weapons have been used in Syria. President Obama has warned Syria that the use of chemical weapons would be a red line. U.S. officials say they are looking into the latest allegations of chemical-weapons use but have not come to the same conclusions that others have.

How Chemical Weapons Could Change Strategy For Syria

April 23, 2013 • British, French and Israeli officials say they have evidence that the Syrian government repeatedly used chemical weapons against civilians. Though the U.S. hasn't confirmed the allegations, the Obama administration previously said that the use of chemical weapons could provoke a stronger response.

How Chemical Weapons Could Change Strategy For Syria 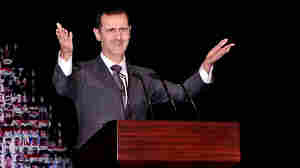 April 23, 2013 • An Israeli military official says Syria employed the weapons in a series of recent incidents. The U.S., meanwhile, has said little on the subject and has not made similar accusations against Syria. 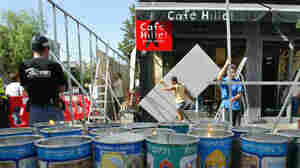 Workers repair the Cafe Hillel in front of candles for the victims of a suicide attack in west Jerusalem on Sept. 10, 2003. Eight people, including the bomber, died and several dozen were wounded by the explosion that went off near the popular cafe. Pedro Ugarte/AFP/Getty Images hide caption

April 21, 2013 • The Boston bombings rocked the nation, making it hard to remember that the country has been largely terror-free at home for more than a decade. In comparison, Israel endured the equivalent of a Boston Marathon bombing every week in 2002. 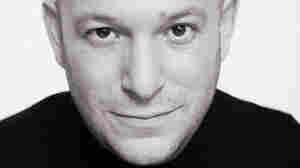 The Trustful Detective: A Q&A With An Israeli Crime Novelist

April 20, 2013 • D.A. Mishani is the author of one of the few detective novels written in Hebrew. He talked to intern Lidia Jean Kott about why the genre has historically been unpopular in Israel and about the dangers of reading too much crime fiction.

April 18, 2013 • An independent review of NPR's Mideast coverage by former foreign editor John Felton. He found the coverage to be generally accurate and balanced, but chided NPR for relying too much on Washington-based experts to explain events in Israel and the Palestinian territories. 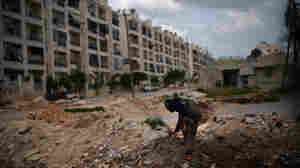 A Syrian rebel patrols the area in the Sheikh Maqsud district of the northern city of Aleppo, on Thursday. Dimitar Dilkoff /AFP/Getty Images hide caption

April 14, 2013 • In the coming weeks, the Obama administration will ply host to the leaders of several Middle Eastern nations. They are coming, in part, to register their concerns about the ongoing violence in Syria and to nudge the Obama administration to do more to tip the balance in favor of the rebels trying to oust Syrian President Bashar Assad. 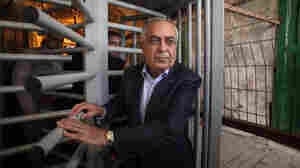 Salam Fayyad passes through an Israeli checkpoint in the West Bank town of Hebron in January. This week, he resigned from his post as prime minister of the Palestinian Authority. Hazem Bader/AFP/Getty Images hide caption

April 13, 2013 • Salam Fayyad's exit ends a power struggle with President Mahmoud Abbas that rose to new heights in recent months. Fayyad had reportedly tried to quit his job earlier this week; Abbas initially refused it, but he finally accepted the resignation Saturday.

April 9, 2013 • Secretary of State John Kerry was in Israel for the third time in as many weeks in an attempt to bring back to life serious peace negotiations between Israeli and Palestinian officials. The Palestinians appear to have a number of conditions, including prisoner releases, a freeze on settlements and a map of the borders Israel will accept. Israel has made it clear no map will kick off the peace process and remains focused on security.