May 31, 2010 • Turkey is strongly condemning Israel for the attack Monday on a six-ship flotilla taking humanitarian aid to the Gaza Strip. Gaza has been under a blockade for the past three years. Nine people were killed and dozens injured when Israeli commandos stormed the convoy of ships early Monday. The attack has dealt a very public setback to Israeli-Turkish relations. For several years now, relations between the two countries have deteriorated. To find out why they have gotten so bad in recent years, Melissa Block talks to Henri Barkey, a visiting scholar at the Carnegie Endowment for International Peace.

May 31, 2010 • Israeli naval commandos killed at least 9 pro-Palestinian protesters Monday on board one of the boats in a small international flotilla attempting to deliver relief supplies to the besieged Gaza Strip. 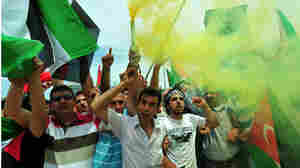 May 31, 2010 • Israeli naval commandos storm a flotilla of ships carrying aid and hundreds of pro-Palestinian activists to the blockaded Gaza Strip, killing at least nine people in a predawn raid that set off worldwide condemnation and a diplomatic crisis. Dozens of passengers and at least five Israeli soldiers were wounded in the confrontation in international waters.

May 31, 2010 • Reports say at least 10 pro-Palestinian activists were killed as Israeli commandos stormed a ship filled with aid for the Gaza Strip. The Israeli military said its forces were attacked with knives and clubs. The confrontation is raising tension in the region. Renee Montagne speaks with reporter Sheera Frenkel in Israel.

May 26, 2010 • Danny Kaplan of Foreign Policy says that, viewed from Israel, the continuing witch hunt against gays and lesbians in the U.S. military makes little sense. Gay Israelis have been serving openly in the military for 17 years, and their country is safer for it.

May 17, 2010 • Noam Chomsky, a prominent Jewish-American intellectual and frequent critic of the Israeli government, was denied entry into the occupied West Bank by Israeli authorities on Sunday. According to Israeli officials, Chomsky tried to enter from Jordan. Israel says he was not allowed in to give a speech at Birzeit University in the West Bank because he had not put in a request in advance. But Chomsky says he was told at the border by Israeli immigration that they didn't like his viewpoint on the Israeli-Palestinian conflict. The decision to bar him has caused outrage in some Israeli circles that regard the action as an assault on free speech. 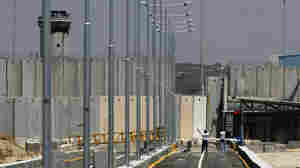 Near the Erez crossing between the northern Gaza Strip and Israel, freed Palestinian prisoner Ahmad Sabah (right) and Palestinian Fadi al-Azazmeh protest on May 4 to demand the right to return to their homes in the West Bank. Both men were deported in April from the West Bank to Gaza. The two deportations appeared to have been carried out as part of a new Israeli military policy. Mahmud Hams/AFP/Getty Images hide caption

May 11, 2010 • Thousands of Palestinians could be deported under a new and controversial order put in place in April by the Israeli army, human rights groups in Israel say. But Israeli officials say the new rule will not result in mass deportations. Many Palestinians have gone into hiding to avoid being picked up by Israeli authorities.

May 10, 2010 • Israeli and Palestinian negotiators are resuming peace talks after a 17-month break. They won't be meeting face-to-face, instead, these will be indirect or proximity talks with U.S. envoy George Mitchell shuttling between the two sides. The revival of negotiations is considered something of a breakthrough, but expectations are low.

April 30, 2010 • Israel and the Palestinians will begin indirect talks with George Mitchell, the special U.S. envoy to the Mideast. The secretary of state said Friday the ultimate goal is to get the parties into direct negotiations with each other. 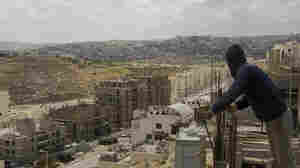 April 29, 2010 • Amid a diplomatic dispute between the U.S. and Israel over the expansion of Jewish housing in East Jerusalem, Prime Minister Benjamin Netanyahu is publicly claiming that there is no freeze in construction. But pro-settler groups say their building projects have suddenly become mired in red tape.

April 26, 2010 • Commentator Reza Aslan doesn't see a future for the Middle East peace process. No matter who is to blame for the 40 years of botched attempts to resolve disputes over the territory Israelis and Palestinians share, the conclusion remains the same: We're headed to a one-state solution.

April 26, 2010 • Many analysts argue it's only a matter of time before Iran gets its hands on the materials and the know-how to create a nuclear bomb. Zbigniew Brzezinski, White House national security adviser during the 1979 Iranian Revolution, proposes a plan to derail Iran's underground nuclear program.

April 26, 2010 • Amid unclear intentions from Syria after a reported weapons transfer to Hezbollah, the Obama administration has been working double-time to head off conflict in the Mideast. Josh Rogin says the U.S. Ambassador to Lebanon, Michele Sison, met with Lebanese officials on Wednesday to express the importance of unity when avoiding violent outbreaks at all cost.

April 25, 2010 • The Obama administration's Mideast peace envoy was sent to the region this past Friday with the daunting task of bringing Israelis and Palestinians back to "proximity talks." NPR's Michele Kelemen reports on some of the creative thinking about how to bridge the divide. 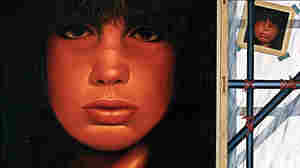 April 25, 2010 • Nearly 30 artists are featured in Convergence, a new exhibit of Lebanese art currently on display at American University in Washington, D.C. The works articulate painful memories of the country's 15-year civil war — but also emphasize Lebanon's hopes for a promising future.