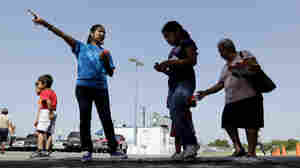 A volunteer with the Koch-funded Libre Initiative directs people in 2014 as groceries are distributed at a food bank it partially sponsors in San Antonio. Eric Gay/AP hide caption

October 12, 2015 • The groups funded by the Koch brothers have run lots of TV ads, but now they're making a big community-organizing push. They have the money to do it, too, vowing to spend almost $1 billion for 2016. 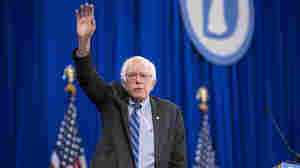 October 1, 2015 • From 60 points down and a third of the money, Bernie Sanders is now up in polls and on par in fundraising with Hillary Clinton, who raised $28 million in the third quarter. 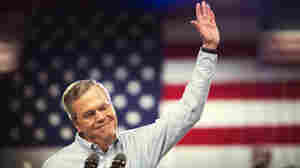 Jeb Bush has struggled this summer in the GOP primary race, falling from front-runner to back of the pack. But a superPAC supporting him is coming to the rescue, dumping in $24 million in TV ads. David Goldman/AP hide caption

Jeb Bush SuperPAC Going Up With $24 Million In TV Ads

September 15, 2015 • The ad wars are about to start in earnest. And the best-funded superPAC is about to dominate the airwaves in support of Jeb Bush. 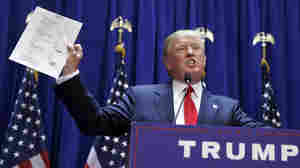 Donald Trump displays a copy of a summary of his net worth during his presidential announcement Tuesday. Richard Drew/AP hide caption

June 17, 2015 • Donald Trump held up a one-page summary of his wealth that he claimed showed he's worth almost $9 billion. But the public essentially has to take his word for it until more details are disclosed. 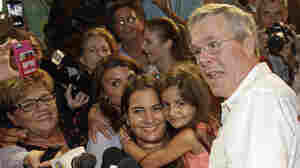 Former Florida Gov. Jeb Bush poses with supporters for photos during a fundraiser in May. Alan Diaz/AP hide caption

Billionaire Or Bust: Who Are Rich Backers Lining Up With?

June 8, 2015 • Since the Supreme Court's Citizens United decision, money in politics has exploded. To make it in the 2016 presidential race, candidates need their own billionaire. Here's who's lining up with whom.

Billionaire Or Bust: Who Are Rich Backers Lining Up With? 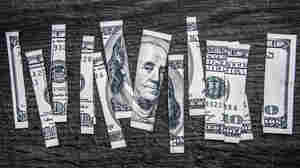 Candidates, and "un-candidates," for the presidency are slicing and dicing campaign-finance law, testing the boundaries of what's legal. TaxCredits.net via Flickr hide caption

May 15, 2015 • Candidates, people likely to become them and their supporters on both the left and right — from Hillary Clinton to Jeb Bush — are exploiting holes in campaign-finance law loopholes. Here's how. 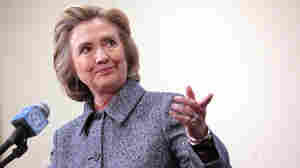 Hillary Clinton speaks to the media after keynoting a Women's Empowerment Event at the United Nations on Tuesday in New York City. Clinton answered questions about recent allegations of an improperly used email account during her tenure as secretary of state. Yana Paskova/Getty Images hide caption

The Rules Don't Apply To Hillary Clinton ... Or Any Of The Other Un-Candidates

March 13, 2015 • A unanimous ruling from the Federal Election Commission reaffirms that Hillary Clinton is, in fact, not a candidate for president — yet. 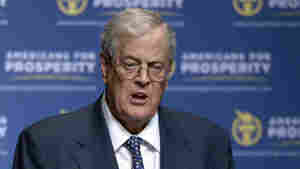 January 27, 2015 • The political network led by industrialists Charles and David Koch plans to spend about as much money as the entire national Republican Party spent in the last presidential election cycle. 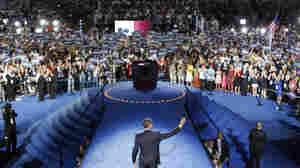 President Obama walks to the podium at his 2008 nominating convention. Lawmakers are inserting into the spending bill a provision allowing political parties to collect up to $97,200 from each donor to pay for their conventions. Chuck Kennedy,Scott Andrews/AP hide caption

December 9, 2014 • The Republican and Democratic parties will be able to collect an additional $97,200 per year from donors to pay for presidential nominating conventions. 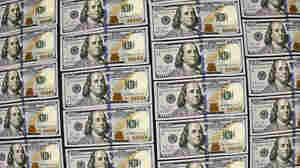 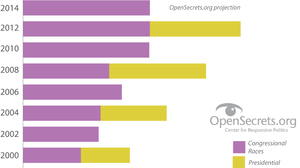 October 29, 2014 • Outside groups, and especially secret donor groups, are accounting for more of the spending than ever before 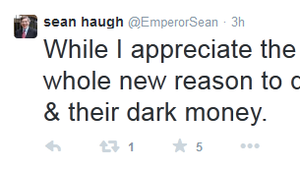 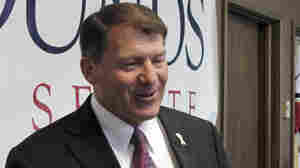 Former South Dakota GOP Gov. Mike Rounds is suddenly in a tough battle for an open Senate seat after Democrats and the Mayday PAC said they will spend $1 million each to defeat him. Nora Hertel/AP hide caption 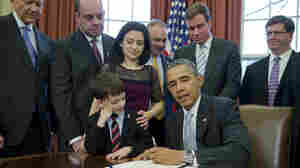 President Obama, is watched by Mark Miller, back second from left, Ellyn Miller, and their son Jake Miller, left, as he signs the Gabriella Miller Kids First Research Act, into law in the Oval Office this spring. The Democratic and Republican parties complained to the Federal Election Commission that the law took away public funding for their political conventions. Manuel Balce Ceneta/AP hide caption

October 9, 2014 • The Federal Election Commission approved a request from the Democratic and Republican parties to replace lost public funding with more donations from individuals — up to $32,400 per person per year. 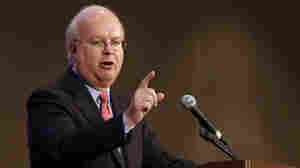 Republican strategist Karl Rove's Crossroads GPS group is planning to spend at least $23 million in key Senate races in the final two months of the campaign. The group is a tax-exempt non-profit and is allowed to keep the names of its donors secret. Rich Pedroncelli/AP hide caption

October 6, 2014 • Democrats have the biggest-spending superPAC so far in Senate Majority PAC, but that could be overshadowed by secretly funded Republican-leaning groups Crossroads GPS and Americans for Prosperity.