Accessibility links
Delaware's O'Donnell A 'Fraud' Ex-Aide Tells Politico : It's All Politics Christine O'Donnell, pick of the Delaware Tea Party for the GOP Senate nomination, was hit by a highly negative robocall by an ex aide calling her a "complete fraud." 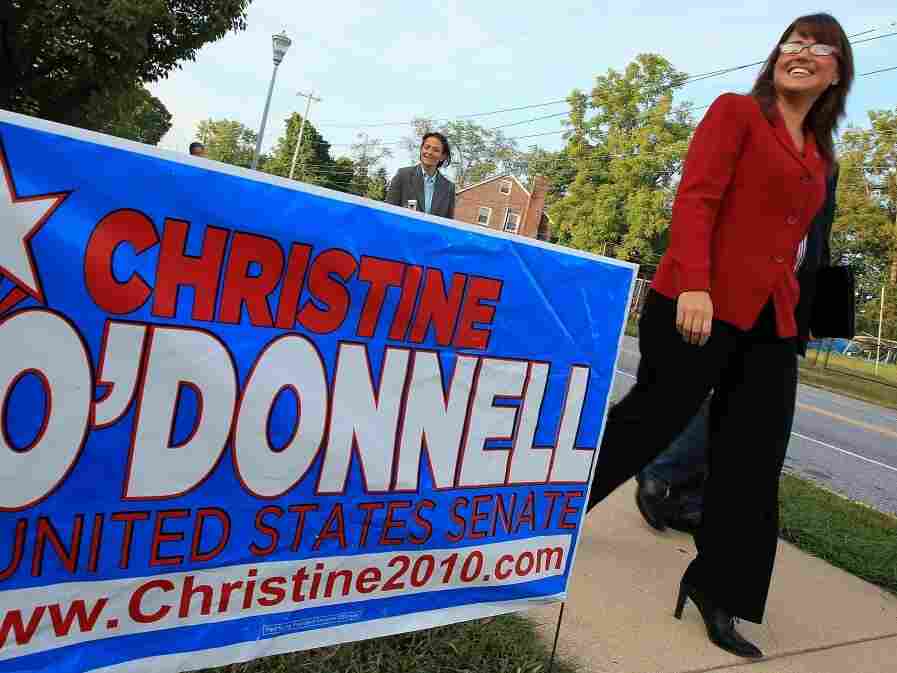 One of a political candidate's biggest worries is the last-minute surprise attack that can damage a candidacy when voters are paying the most attention to a race in the hours before an election.

It appears Christine O'Donnell, the Tea Party-backed candidate in Delaware's Republican primary for an open Senate seat, will be able to talk from experience about this. Politico.com reports she's the subject of a very negative robocall recorded by an ex-O'Donnell aide on behalf of Delaware's Republican establishment which is trying to derail her on behalf of Rep. Mike Castle.

Kristin Murray, the ex-aide, calls O'Donnell a "complete fraud" and explained her reasons in the robocall. An excerpt from Politico's story:

"I got into politics because I believe in conservative values and wanted to make a difference. But I was shocked to learn that O’Donnell is no conservative," says Murray, according to a script obtained by POLITICO.

"This is her third Senate race in five years. As O’Donnell’s manager, I found out she was living on campaign donations — using them for rent and personal expenses, while leaving her workers unpaid and piling up thousands in debt," she says.

Perhaps the most biting line in the call delivered by Murray: "She wasn't concerned about conservative causes. O’Donnell just wanted to make a buck."

If O'Donnell wins, expect to be hearing more from Murray, maybe not from own her mouth but from Democrats using her words against O'Donnell. After all, Republicans seem to be doing a lot of the Democrats' work for them in this race.