Accessibility links
ANALYSIS: Castle's Loss Is Victory For Partisanship : It's All Politics COMMENTARY: The long-time Delaware lawmaker has been a political bridge-builder and at a time of hyper-partisanship his presence in the Senate might have helped get things moving. 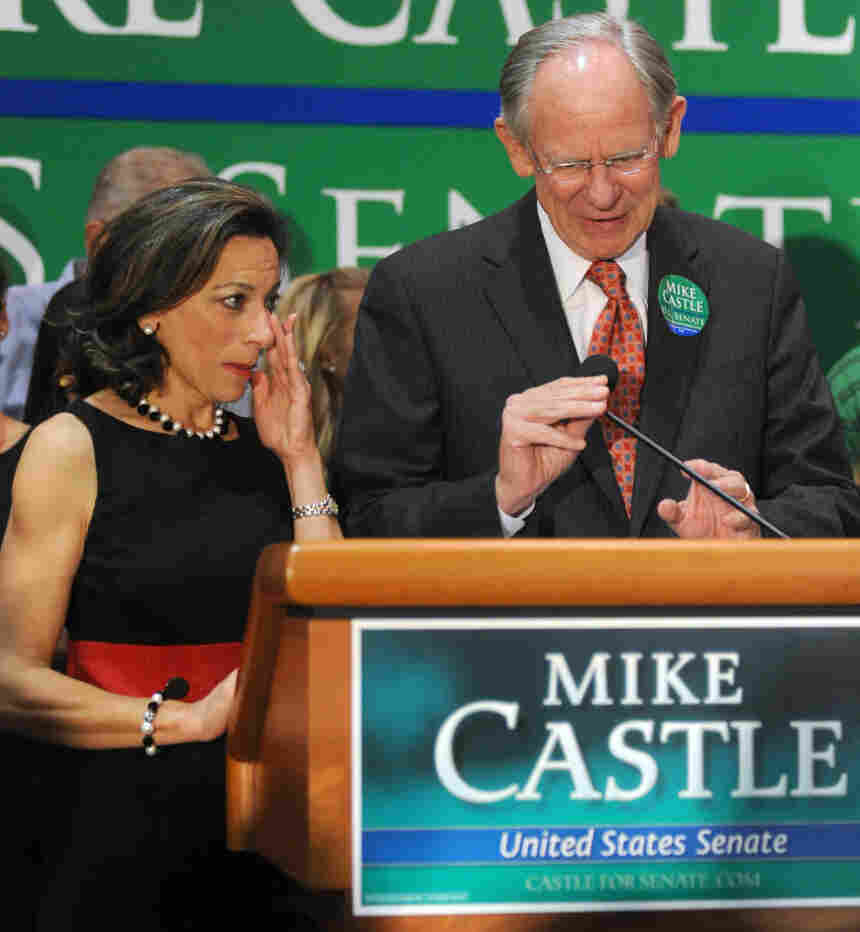 What happened to Republican Mike Castle in Delaware yesterday is perhaps a touch less stunning to those who remember a town hall meeting he held in June of 2009. Geared for questions about the economy, health care and the wars in Iraq and Afghanistan, Castle was taken aback by an aggressive member of the audience demanding to know his position on President Obama's birth certificate.

When Castle replied that the president's citizenship was not in question, the audience began to boo. And subsequent questions about the birth certificate were loudly cheered.

The video, as they say, went viral. But few thought at the time that the members of that audience represented any real threat to Castle.

We know now better. It has been an expensive lesson, and Congress will be the poorer.

Castle's defeat in Delaware's Republican Senate primary surely ranks as the biggest shocker of all the wins by GOP insurgents in 2010. Here was an establishment politician whose political assets were so unassailable that no major Democrat even wanted the nomination to run against him in a state that voted 62% Democratic in 2008.

So revered was Castle among other elected leaders in the state that in 2000, Democratic Governor Tom Carper literally consulted him before launching his own successful bid for the Senate in 2000.

Why did Castle enjoy such deference? Because he listens to his state and to its various constituencies. He's been a Republican throughout his four decades in public life, while the party loyalties of his state swayed from red to blue. But he's also been a vote for Delaware and a vote for policies he thought would help his home state and his country.

First elected to the state legislature in 1966, Castle served 20 years as lieutenant governor and governor, spanning political eras from Richard Nixon to Bill Clinton, before coming to Congress in 1993, swapping jobs with Carper at the time. From his earliest days in the House minority to his 12 years as a member of its majority, he was known as a peacemaker and a fulcrum for strategic compromise. Often labeled a moderate, he was always known as a gentleman.

Not so long ago, scant weeks, all of that might have been considered an unbeatable resume -- especially in a tiny state such as Delaware that historically values seniority and re-elects incumbents.

This week, however, it proved to be fatal.

On Tuesday, Castle became the latest victim of a fever that has swept over his party's primaries and brought a handful of insurgent challengers from obscurity to nomination -- and in many cases to the brink of election to the U.S. Senate.

In the case of Castle, the nomination of his challenger, the frequent (some would say professional) candidate Christine O'Donnell, may result in the election of a Democrat, Chris Coons, in November. Coons, the New Castle County Executive, had been regarded as a sacrificial lamb as recently as last week, but some will now call him the favorite to fill what was once Vice President Joe Biden's seat.

That is because O'Donnell, a lookalike and sound-alike acolyte of Sarah Palin, will have a hard time digging out from the mountain of criticism dumped on her by her own Republican Party in the latter days of the primary.

In recent weeks she has tried hard to avoid the news media in part to avoid answering allegations about her college record, working history, financial status and electoral statistics. Avoiding those stories as the official Republican candidate for the office will be tougher.

Of course, none of that seemed to bother the backers who emerged, first from a branch of the Tea Party, then from Palin herself and from the political shop of conservative South Carolina Republican Sen. Jim DeMint, who has been conferring his blessing on select challengers in GOP primaries.

But regardless of what happens to O'Donnell, the departure of Castle is a loss of exactly the kind of character and contributor Congress needs most at a time of paralysis and hyper-partisanship. At a moment when not even popular nominations can come to the floor of the Senate and a tax cut for 97% of the country cannot be extended because Republicans in the Senate won't allow a vote on it until it reaches every millionaire and billionaire, the Senate is desperate for more Mike Castles -- whatever their party stripe.

All that seemed manifest a few months ago. Answering the importuning of his own party, Castle agreed to run for the Senate. Democrats in his home state of Delaware immediately stepped back when Castle made his announcement. Their presumptive nominee, Delaware State Attorney General Beau Biden, decided to keep his current job. No other major Democrat stepped forward.

At the time, state and national party officials rejoiced. The seat Joe Biden had held for 36 years would be Republican once again. Everyone knew Mike Castle was unbeatable in a general election.

Castle's ambush in the narrows of a party test echoed what happened to Senate incumbents Robert Bennett in Utah and Lisa Murkowski in Alaska.

Like Bennett and Murkowski, Castle paid for having been perceived as a  bridge builder. He also suffered for a vote that has been featured in many Tea Party challenges this year. He voted to support George W. Bush's bailout of the banking system in October 2008, helping to keep lending alive and the nation's fiscal circulatory system functioning.

It was a tough vote, helping the very institutions whose self-dealing had brought the economy to its knees. But Castle could see the plain consequences of a banking collapse and voted to prevent it. Most of his colleagues among House Republicans went the other way. They did it in fear of what happened to Castle this week. 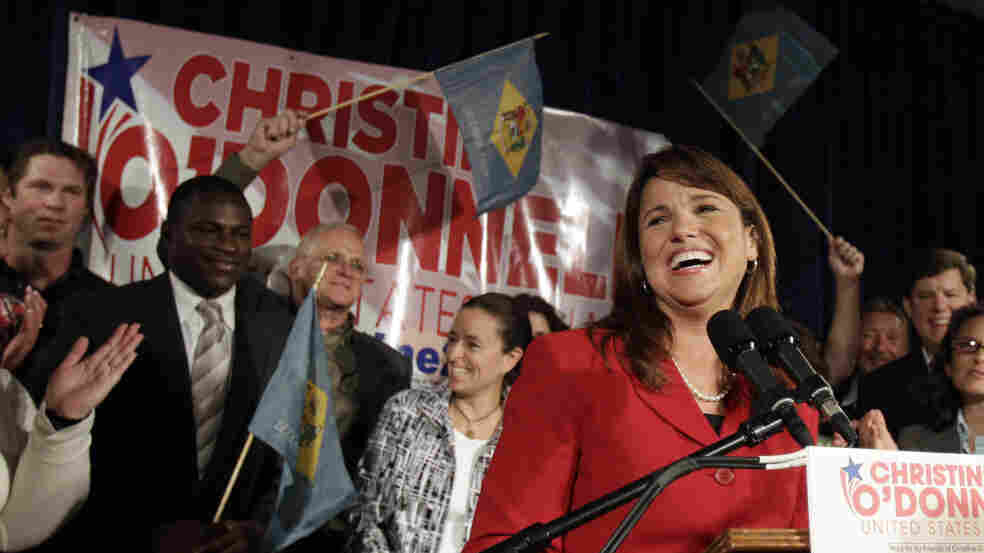