Accessibility links
Tea Party Tug Of War; Is Focus Fiscal Or Social? : It's All Politics A Tea Party tug of war has raised the question, is the movement about fiscal or social issues. 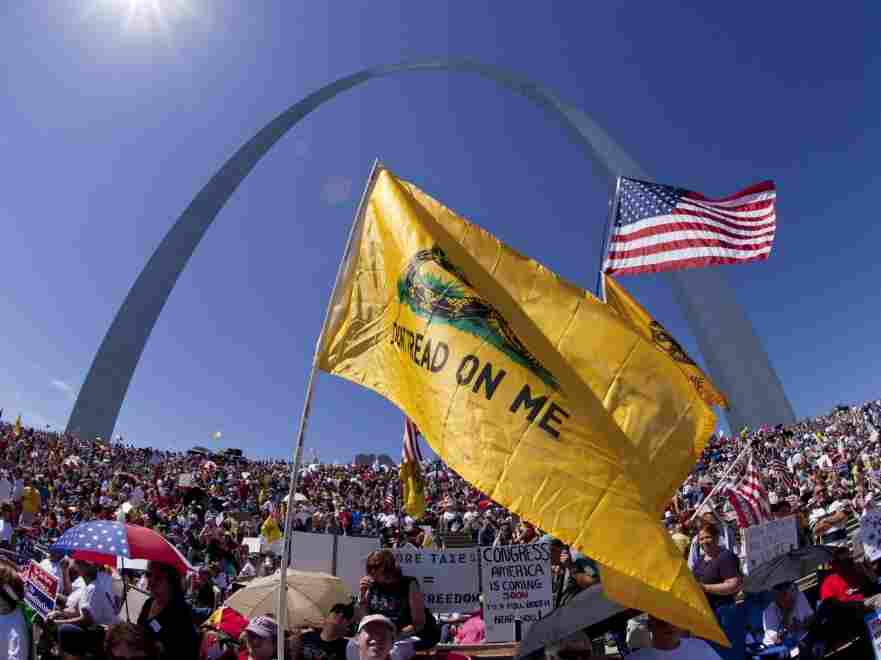 That's the debate playing out inside some quarters of the Tea Party movement and it was in evidence on Morning Edition during a discussion co-host Steve Inskeep had with Toby Marie Walker, lead facilitator for the Waco Tea Party, and Bryan Fischer of the American Family Association.

Walker's strand of the Tea Party is tightly focused on fiscal issues. She said:

"A litmus test that we use is it about taxes or spending?"

Meanwhile, Fischer's part of the movement is more concerned about social issues.

"They said that the first of the inalienable rights that were granted to us by the creator is the right to life. So we believe the sanctity of life has got to be central to any genuinely conservative movement. Belief in a creator. And to defending natural marriage and resisting the homosexual agenda."

The discussion highlighted what will be one of the Tea Party movement's greatest challenges. The tensions aren't new.

They reflect the differences within the Republican party which has long had some members who were more libertarian who believed, among other things, in keeping government out of bedrooms, and others like Christian conservatives, who believed government should be used to enforce a certain understanding of morality.

The differences have a parallel among Democrats, who have members who are most concerned about fiscal matters and defense and others who have gay and reproductive rights as their priority.

But parties have clear leaders who can attempt to synthesize the differences between leaders and attempt to rein in the centrifugal forces with the parties.

The Tea Party movement has no such feature and that could eventually cause it to become even more inchoate than it already is.

More from the Morning Edition debate:

WALKER: I think that the Tea Party movement is more of a libertarian movement. I think that's one of the things that's been like a myth out there, that it's Republican based. But not all of us are libertarians. We have Republicans, Democrats, independents, all over the spectrum.

And that's why we stick to the issues that brought us together. It would be like asking the NRA to take up an abortion issue. That's not what the NRA is about. They're about gun rights.

STEVE: Let me ask you both, how intense has the struggle or debate been over what the Tea Party should stand for?

And that's why I think the Tea Party movement... is not going  to be able to claim the mantle of the Founding Fathers unless they affirm that morality and religion are indispensable supports of political prosperity.