Accessibility links
Tea Party Furious At Murkowski Write-In, But O'Donnell Did It In '06 : It's All Politics The Tea Party Express and other opponents of Alaska Sen. Lisa Murkowski may be angry with her, but they aren't expressing the same misgivings about what Delaware's O'Donnell once did.

Tea Party Furious At Murkowski Write-In, But O'Donnell Did It In '06

Tea Party Furious At Murkowski Write-In, But O'Donnell Did It In '06

The Tea Party folks and other conservative opponents of Sen. Lisa Murkowski who helped dispose of her in the Aug. 24 primary reacted with fury at the Alaska Republican's Friday announcement that she would seek to keep her seat by waging a write-in campaign. 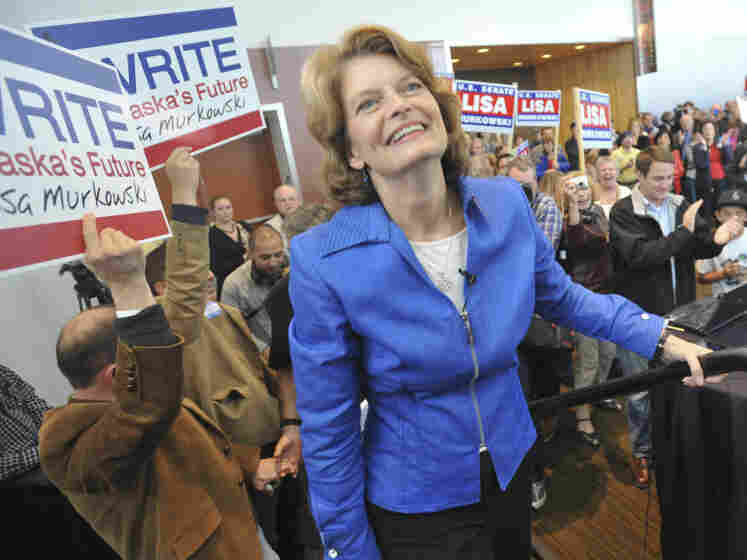 Sen. Lisa Murkowski, R- Alaska, as she climbed to the stage on Friday in Anchorage to announce her write-in candidacy. Michael Dinneen/Associated Press hide caption

But the latest Tea Party favorite, Christine O'Donnell of Delaware, did the same exact thing in 2006 after she lost the Republican Senate primary that year.

First, back to Alaska.  An e-mail from the Tea Party Express on Sunday said that by waging her write-in effort, Murkowski "showed utter contempt for the people of Alaska who rejected her candidacy in the Republican primary."

Levi Russell, the communications director of the TPE, added, "Senator Murkowski is a sore loser.  Not all the hanging chads in the world can undo the fact that she lost.  After 30 years of having a Murkowski as Senator, Alaskans voted for change.  The fact that she dishonors the decision of Alaska's voters shows nothing but contempt for the people of Alaska."

Chuck DeVore, the conservative California assemblyman who lost the GOP Senate primary this year, had this to say on Friday: "Blatantly disrespecting voters in Alaska, Murkowski decided that primary results didn’t matter."

Amy Kremer, the chairman of the Tea Party Express, said this on the TOTN Political Junkie segment on NPR Sept. 8:  "She was fired by the people of Alaska. They said it was time for her to go, and they've chosen somebody else to be the Republican nominee for the U.S. Senate there."

And Sarah Palin, a Murkowski foe whose backing for the ultimate primary winner, Joe Miller, was seen as crucial, Tweeted this: "Primary voters spoke. Listen to the people, respect their will; w/a 40-pt incumbent lead & $2.8 million war chest, voters chose Joe instead."

All well and good.

But it may be worth pointing out that Delaware's Christine O'Donnell did the very same thing after she lost the Republican primary for the Senate in 2006: she ran against the GOP nominee as a write-in candidate.

O'Donnell, in fact, finished LAST (with 18 percent) in the three-way 2006 primary, which was won by Jan Ting, a law professor at Temple University.  But she felt that Ting was not sufficiently dedicated to the issues she cared most about:  abortion, pre-marital sex and pornography. 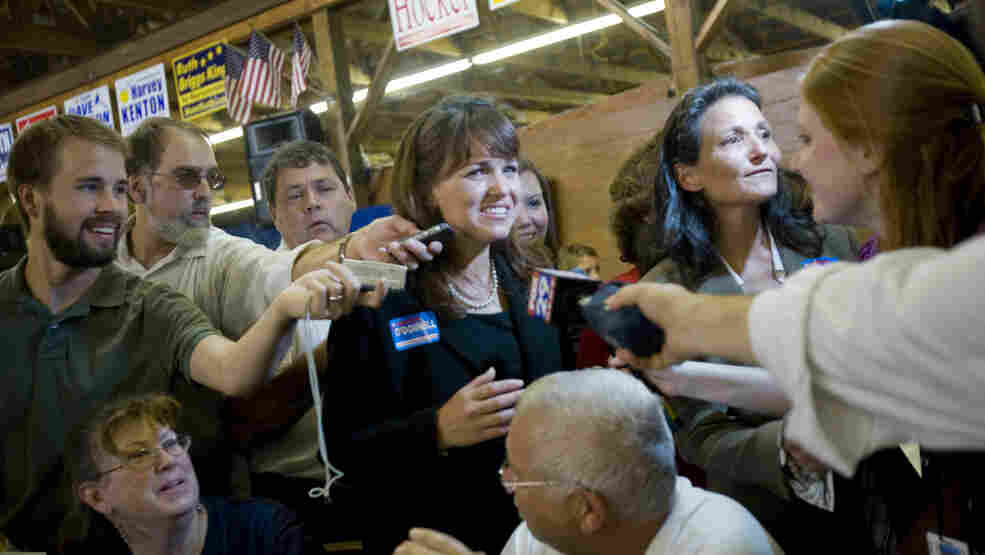 Ultimately, her entry as a "sore loser" write-in candidate had no effect on the race; Democratic incumbent Tom Carper won easily.  But O'Donnell, like Murkowski today, felt that the primary results were not necessarily the final say.