Accessibility links
Holding A Grudge For 30 Years: Jimmy Carter Against Ted Kennedy : It's All Politics Grudges and slights have always been held in American political history.  But Jimmy Carter's grudge against Ted Kennedy for fighting him on health care continues to this day, 30 years later.

Holding A Grudge For 30 Years: Jimmy Carter Against Ted Kennedy

Holding A Grudge For 30 Years: Jimmy Carter Against Ted Kennedy 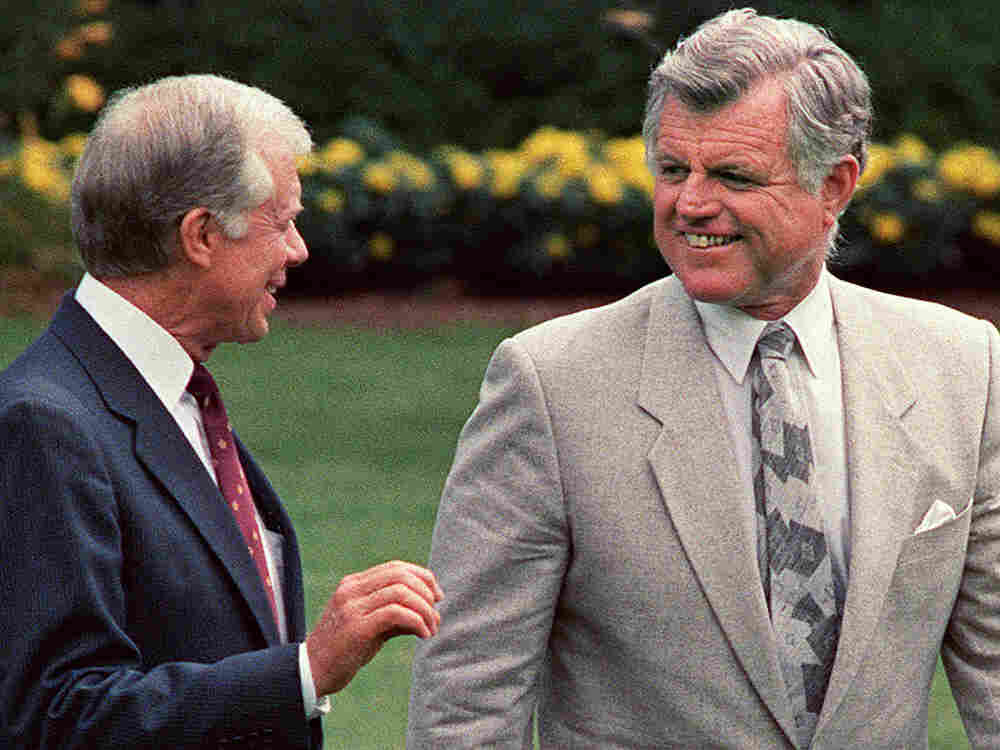 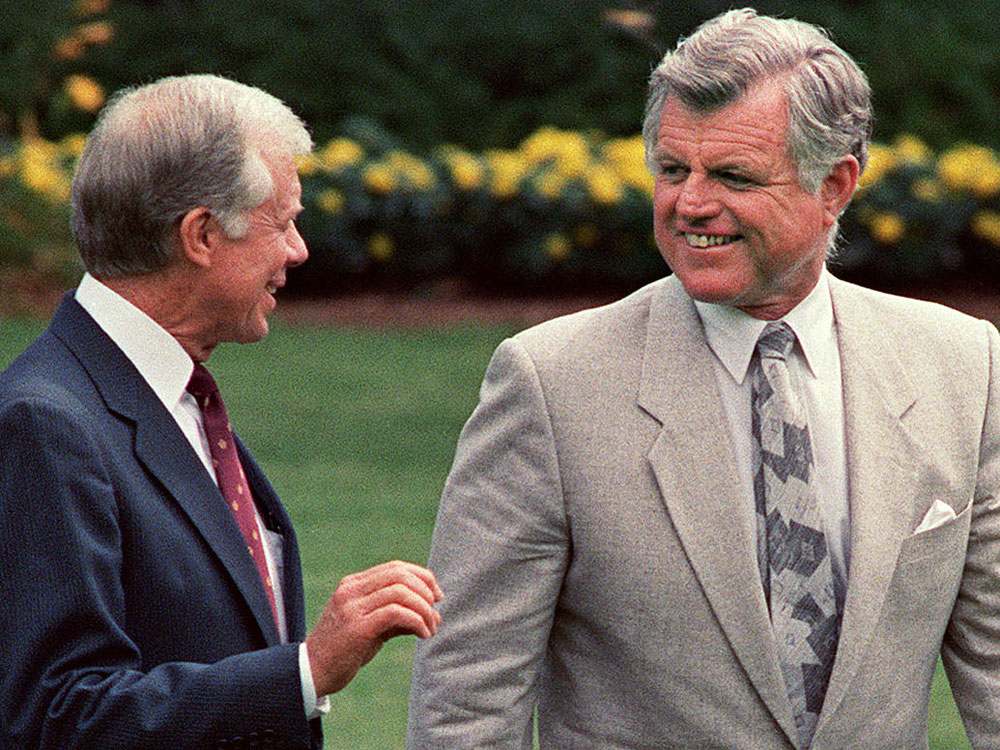 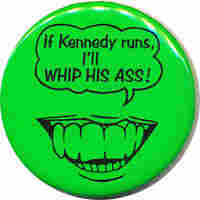 With their relationship in tatters, Carter relished the thought of Kennedy running against him in 1980. hide caption

In U.S. political history, there is no shortage of grudges when it comes to relationships between our leaders.  An about-to-be-sworn-in Dwight D. Eisenhower famously refused to get out of his limo when it arrived at the White House to pick up President Harry Truman on the way to Ike's inauguration.  FDR and his predecessor, Herbert Hoover, made that same ride in complete silence.

OK, we don't have to go back that far.  Lyndon Johnson never forgave Robert Kennedy for the way he was treated while serving as vice president under his brother, and Bobby never came to grips with the fact that Johnson actually became president following his brother's assassination.  Spiro Agnew refused to go to Richard Nixon's funeral because of the way he says he was treated by Nixon during his own scandal that forced him to quit the vice presidency.*  Bob Dole famously lashed out at George Bush, telling a TV reporter in 1988 that the vice president should "stop lying about my record."  Dole always resented what he saw as Bush's wealth and privilege.  And the Senate is famous for having two members from the same state and the same party dislike each other; think John Glenn and Howard Metzenbaum, Democrats of Ohio, as just one example.

The record of grudges and pique goes back to the beginning of time.  But it was fascinating, to me at least, to listen to Jimmy Carter go on and on about the late Ted Kennnedy and how he held him responsible for the failure of getting health care passed during his administration.  (See Frank's post last week on Carter's interview on 60 Minutes.)

There was something discomforting about Carter going back 30 years plus to hear him blame Kennedy for his own administration's failure.  Of course, in fairness, Kennedy -- while now revered as a saint -- was not the most sympathetic and beloved figure back in the day.  Chappaquiddick aside, he was widely seen as a man with many pleasures, most of which had to do more with himself than the Senate.  From the moment Carter was inaugurated in 1977, he was always seen as plotting against him; at least that was the view of many in the Carter White House.  It wasn't until after his challenge to Carter's nomination in 1980 failed and after he realized that the presidency was not in the cards for him did he become a true giant of the Senate.

But Carter has always been one not to forget slights.  And while it's always dangerous to dabble in psycho-babble, I'm sure he had to resent the widespread view among many in the party that he only won the nomination in 1976 because Kennedy stayed out of the race, and that the nomination in 1980 was Kennedy's for the asking were the Massachusetts senator to run -- many in Congress had said that out loud, including House Speaker Tip O'Neill.  That had to grate on the president.  Carter, in fact, told a group of congressmen in 1979 that if Kennedy were to challenge him, "I'll whip his ass."

I'm not a fan of speaking ill of the dead, but at the same time, history should not bend depending on whether the subject is alive or dead.  Kennedy spent most of his last years as an American icon, and deservedly so, far removed from the joke and the playboy and the dilettante he was portrayed as during much of his early time in the Senate.  You can't write honestly about Edward Moore Kennedy without both accounts.

Having said that, the interview with Carter reminds us that he has always had a knack for blaming others for his failures.  And that he never forgets.  Even after 30 years.

*UPDATE:  Agnew did indeed attend Nixon's funeral, but until then refused to have any contact with him after his resignation as VP; he felt that Nixon had "thrown him to the wolves" to save his own skin.  But he did come to Nixon's funeral in 1994, as Richard Cross and Edward Sweeney note in comments to this post.  My error, and thanks for the catch.