Accessibility links
Tea Party Group Gets $1 Million From Unnamed Source : It's All Politics A Tea Party group said it received a $1 million donation from a source who didn't want to be named. 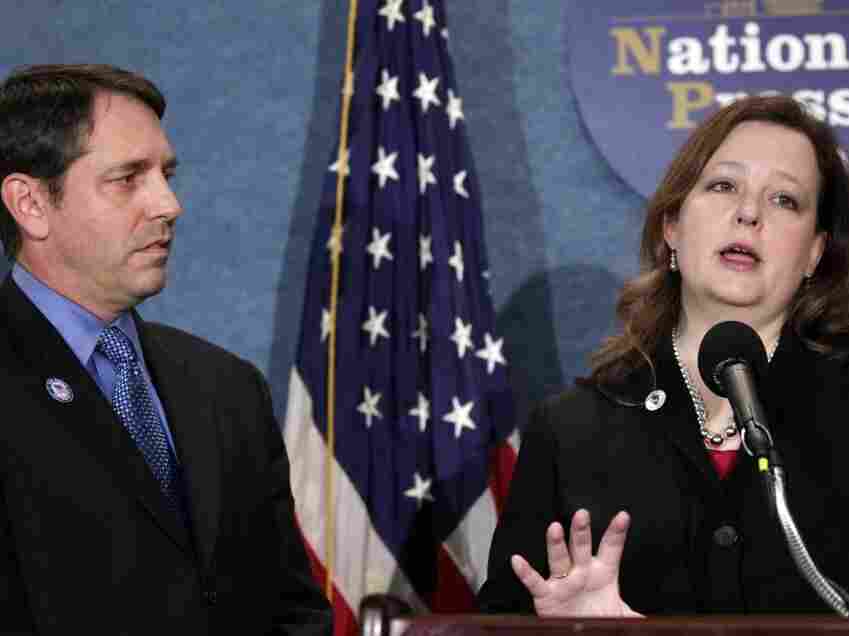 More evidence came Tuesday that the Tea Party's grassroots are getting a lot of help from the well-heeled folks in the luxury skyboxes.

An organization, the Tea Party Patriots, said it received a $1 million contribution from a donor who wants to remain anonymous.

The nonprofit Tea Party Patriots said it had received the donation from a single contributor who wants it divided up and given to local coordinators by Oct. 4. The group's spokesman told reporters that recipients of the money must spend it by Nov. 2, but they are barred from using it for ads or fliers that mention a specific candidate.

Organizers said the donor wished to remain anonymous. Among the movement's wealthy benefactors in recent months have been the billionaire Koch brothers.

Many journalists have reported on how the Tea Party movement's success has attracted donations from wealthy contributors who may not be the sort to grab pitchforks or man barricades to protest taxes but who appreciate those who do.

The donation, however, is the sort of political contribution that will just fuel the worries of those who believe campaign money, especially from sources who don't want to be identified, is further corrupting the process whether the money goes to Democrats or Republicans.

That was certainly the consensus of a panel on NPR's Diane Rehm Show that discussed the issue of campaign donations from unidentified sources on her Tuesday show.

The panel included Sheila Krumholz of the Center for Responsive Politics; Jan Baran, an election and campaign finance expert and lawyer who once represented the Republican National Committee, and Jane Mayer, who wrote a much-read New Yorker piece on the Koch brothers.