Accessibility links
'Weary Working Women' May Be Key To Midterms : It's All Politics ANALYSIS: The fortunes of Democratic candidates for president, Congress and governor have risen and fallen on the votes of women. But this year, discouraged about the economy and the way things are going in Washington, many women may not vote.

'Weary Working Women' May Be Key To Midterms

'Weary Working Women' May Be Key To Midterms 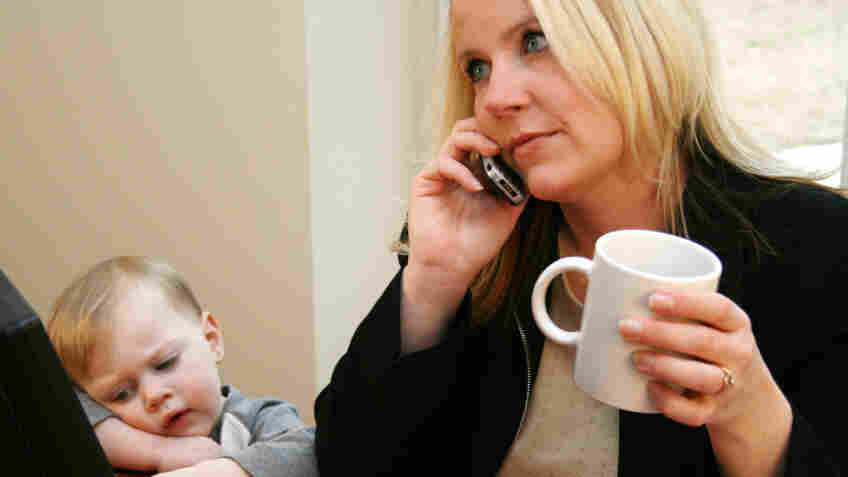 With so much to juggle, and so many things to be discouraged about, many moms may just opt to stay home on Election Day. istockphoto.com hide caption

Every election is at least a little different from all that went before. We in the media, in our struggle to capture the uniqueness of each campaign, rely on a key voter group we see as the most appealing, facile explanation for the eventual outcome. This is especially compelling if we can think of a cute catch phrase to describe them.

You remember the "NASCAR dads" of 2000 and 2004? They were the masculine rejoinder against the oft-cited influence of the "soccer moms" of 1996, who later morphed into "security moms" who were more angst-ridden about 9/11 than about work, school and recreation league schedules.

Going back a bit further we had the truly seminal "angry white males" of 1994, whom we now recall as bulling their way into the polls in a veritable boil to vote Republican and send a message to Bill (and Hillary) Clinton.  That led to Republican majorities in the House and Senate for the first time in 40 years. And a similar surge among white males is entirely possible this fall.

There's more than a dash of media myth-making amidst the facts in each of these cases, of course. Any and all of these groups will be part of the mix in any election -- including this November's midterms. We just don't know ever know what their proportions in the mix will be, and on top of that we are always looking for that particular straw that will stir the drink this time around.

On the other hand, maybe this year's key voting group will be the one that doesn't get in the mix at all. This could be the year of the "weary working women." They are tired from carrying the economic burdens for their families, and they may just be tired of carrying the water for the Democrats as well.

Democratic candidates for president, Congress and governor have risen and fallen on the votes of women for years, particularly unmarried women, younger women and women of color. This year, discouragement over the economy and the woes of the Democratic establishment in Washington -- including the White House and the Congress -- leaves these voters with the weakest motivation to vote in recent memory.

A New York Times/CBS News poll earlier this month found women less interested in the 2010 election than men. They are hard hit by the recession, even if they are in double-income homes. The percentage saying their own household economics have turned for the worse in the last year has risen to its highest point in 20 years. Those numbers were reinforced today when the Conference Board released a consumer confidence number down sharply from the already-depressed level of August.

Moreover, weary working women are not yet convinced the new health care law will make their own bills go down, or that the new regulations for the banks will either. There is no obvious Republican villain on the ballot (except in a few instances) and the prospect of taking precious time to vote has no obvious connection to any improvement in their lives.

In some cases, weary working women may be lured by the Tea Party message that government is not their friend but their enemy. They may be drawn to the "mama grizzly" imagery of Sarah Palin and other conservative firebrands reaching out to them.

But they need not actually defect to damage the Democrats' hopes. All they need to do is stay home. Midterm elections are always a battle for turnout, as the electorate shrinks substantially from presidential year levels. The question is always one of motivation, of anger and animosity on one hand versus expectation and hope on the other. It always takes a lot of the latter to counterbalance the former, and in the current economic chill that lift may have gotten too heavy.