Accessibility links
Paladino Apology Leads Rabbi To Pull Support : It's All Politics The NY GOP governor nominee's apology for ant-gay comments cost him a conservative rabbi's endorsement. The rabbi was the same one who wrote the comments in the first place for Carl Paladino who triggered a firestorm with his remarks. 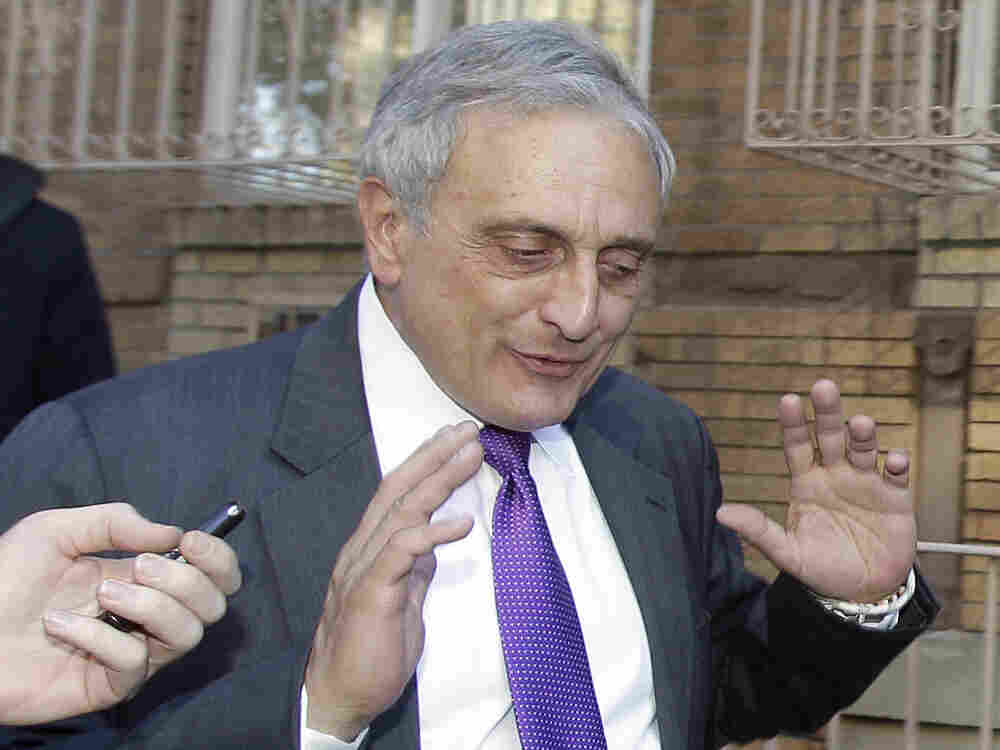 The political carnival that is the campaign of New York Republican gubernatorial candidate Carl Paladino continued to roll along Wednesday.

After apologizing for anti-gay comments he made Sunday before an audience of Hasidic Jews in New York City, Paladino on Wednesday lost the endorsement of the Jewish religious leader who wrote the comments the candidate delivered in the first place.

The New York Times reports that not only did Rabbi Yehuda Levin yank his support for Paladino, he did it with flair at a press conference in front of world famous St. Patrick's Cathedral.

The rabbi, Yehuda Levin, who helped write those remarks, said Mr. Paladino “folded like a cheap camera” because of the uproar they had set off. And the rabbi said he could no longer support Mr. Paladino’s candidacy for governor of New York.

“Which part of the speech that you gave in Brooklyn to the Orthodox Jewish community are you apologizing for?” Rabbi Levin asked at a news conference in front of St. Patrick’s Cathedral, on Fifth Avenue. “Will we see you next year with your daughter at that gay pride march?”

Mr. Paladino, during a meeting with a small Orthodox congregation that was arranged by Rabbi Levin, said Sunday that children should not be “brainwashed” into thinking that homosexuality was acceptable, and he criticized his Democratic opponent, Andrew M. Cuomo, for marching with his daughters in New York City’s gay pride parade.

Needless to say, this was not a good week for Paladino. He actually hasn't had very many good weeks, politically speaking, since he won the Republican primary in September.

Paladino, a novice politician, has apparently come to appreciate why successful politicians are known for being highly disciplined, for instance, resisting the urge to darkly threaten reporters they don't like as Paladino did.

Asked to respond to the rabbi's denunciation, Paladino didn't take the bait, the NYT reported.

At a campaign stop at a water-bottling plant in Forestport, N.Y., Mr. Paladino shrugged off Rabbi Levin’s criticism, saying he wanted to stick to the issues.