Accessibility links
Year Of The Woman? Apparently Not : It's All Politics There was much talk earlier this year about women, especially Republicans, making major gains in the number elected to office. But things haven't panned out that way.

On The 'Win Rate'

Year Of The Woman? Apparently Not

Year Of The Woman? Apparently Not 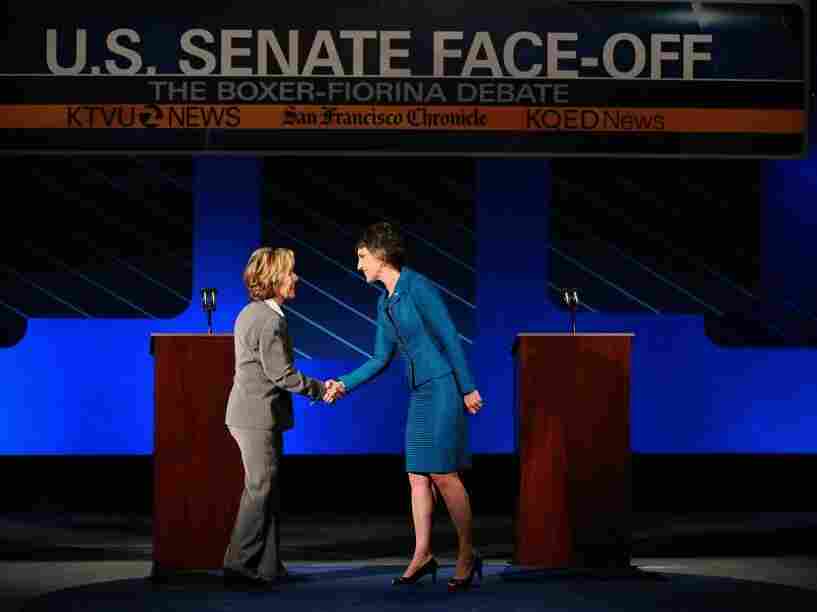 While reporting a story for Thursday's Morning Edition on women voters and what they're thinking this year, NPR's Ari Shapiro spoke with Debbie Walsh, director of the Center for American Women and Politics at Rutgers University.

As she told Ari, earlier this year there was much being written and said about the 2010 elections marking something of a "year of the woman." But Walsh says things worked out differently. Here are some highlights from their conversation that may not end up on tomorrow's show, but that Ari passed along to us:

On The 'Win Rate'

-- As for incumbents, "a number of the women who were recently elected were elected for the first time in '08 or even in '06 from districts that are marginally Democratic. .... Those women are much more vulnerable in this cycle. So there are quite a few of those races where we're seeing the potential for losses coming from women on the Democratic side side, and that’s where the hit will come that will in fact have the potential to -- for the first time in 30-32 years, to see a decline in the number of women serving in Congress."

Many Are In 'Vulnerable' Districts

-- Having some high-profile women in politics, such as Secretary of State Hillary Rodham Clinton, 2008 Republican vice presidential nominee Sarah Palin and Democratic House Speaker Nancy Pelosi, "gives this sense that the women are everywhere. But the reality still remains that we do not have a record number of women running this time around for the House. ... We're barely breaking a record for women serving in the Senate. ... No major breakthroughs in this cycle."

In The End, No 'Breakthroughs'

As we said above, Ari's report is due on Thursday's Morning Edition. You can find an NPR station that broadcasts or streams the show by clicking here.