Accessibility links
House Republicans Vow 'No Compromise' : It's All Politics If the GOP soon takes control of the House, they seem in no mood to negotiate. Both House GOP leader REp. John Boehner and Rep. Mike Pence have said they won't compromise on their agenda items, including repealing Obamacare. 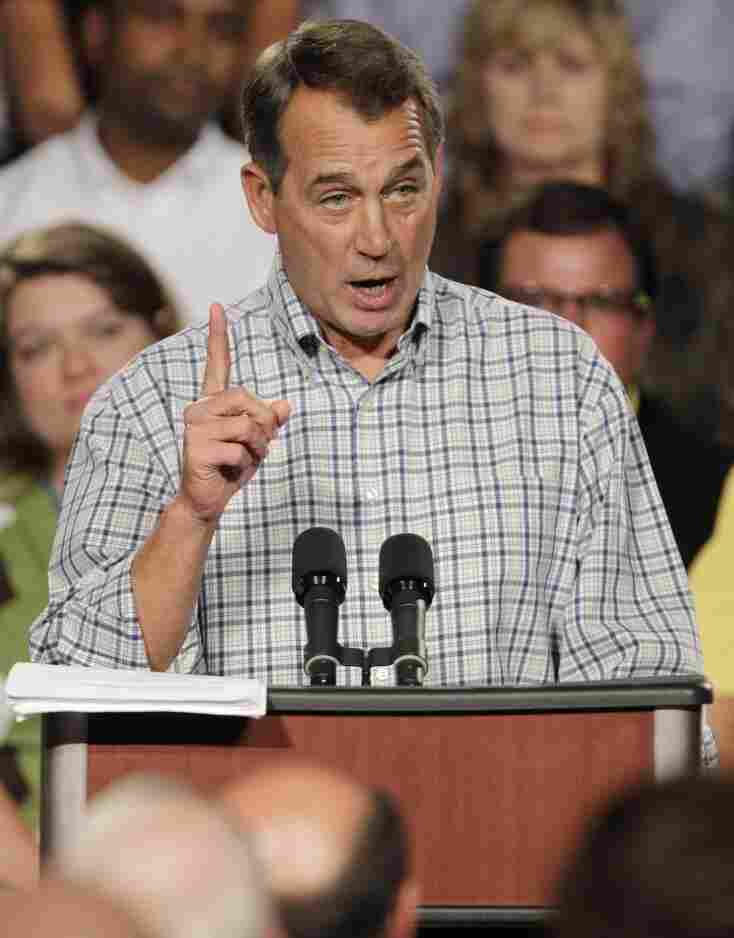 Before President Obama came to Washington, he vowed to work in a bipartisan way to get things done.

That didn't work out so well, of course, as the president was unable to gain Republican support on nearly all of his major agenda items.

Only days from a mid-term election in which they are widely expected to take control of the House, the slogan of the nearly empowered congressional Republicans can be put into two words: "no compromise."

"This is not a time for compromise, and I can tell you that we will not compromise on our principles," Boehner said during an appearance on conservative Sean Hannity's radio show.

Likewise Rep. Mike Pence (R-Ind.), a member of the House Republican leadership who is thought to be considering a White House run, said on CNN Wednesday evening:

So much for politics being about the art of compromise.