Accessibility links
Obama Takes Blame For 'Shellacking' : It's All Politics But the president says voters are more upset by the lack of progress on key issues than with the agenda he's pursued. 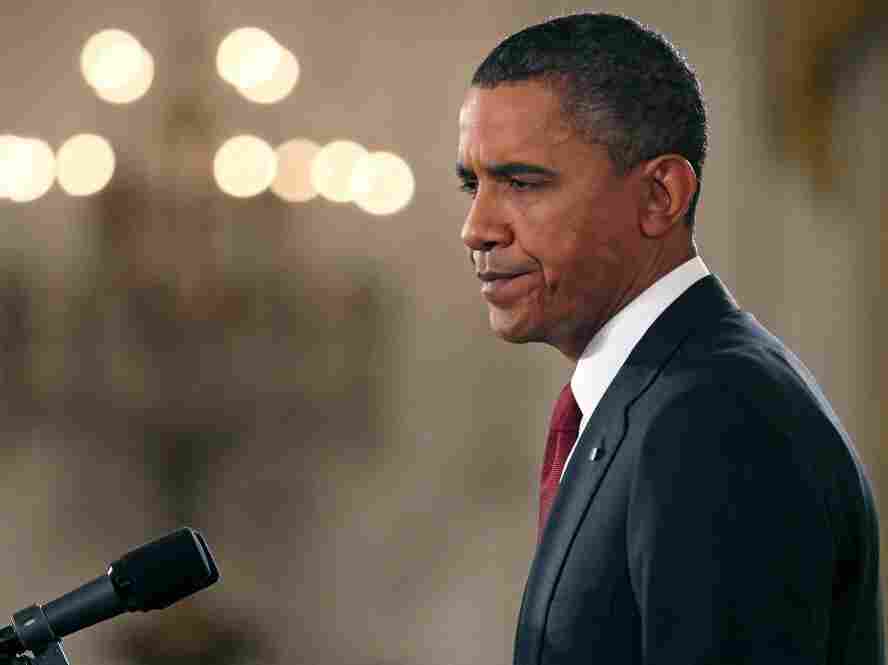 On a day when headlines say that Republicans have declared "a new morning in America," President Obama took questions from reporters about why his fellow Democrats suffered heavy losses in the midterm elections. The news conference was dominated by politics.

We updated this post and our headline with highlights.

Update at 1:58 p.m. ET. Last question: Was the outcome of the election a sign that voters think he's out of touch with their economic pain?

"There is an inherent danger in being ... in the bubble" of the White House, Obama says.

When he was campaigning in 2007 and 2008, the president continues, many voters seemed to think he understood them. But "when you're in this place (the White House), it is hard not to seem removed." He has to figure out how to do what needs to be done on the job, Obama says, while also "getting out of here" to let Americans see, hear and talk to him.

It's a process, according to Obama, that all presidents go through.

"I'm not recommending to every future president that they go through a shellacking like I did last night" in order to help them get that message, he jokes.

Will he invite soon-to-be House Speaker John Boehner to the White House for a Slurpee? (During the campaign, Obama often said Republicans were standing back at the site of a hypothetical car crash, sipping on Slurpees and asking to get the keys back.)

Maybe, says the president, "they're delicious drinks! ... A Slurpee summit."

Update at 1:45 p.m. ET: You said during the campaign that Republicans would put the nation "into reverse." Have voters told you that it's your policies that would move America backward?

No, says Obama. He rejects that notion because when he took office "the economy was in a freefall." Now, "it has stabilized," though "you can argue it's stuck in neutral."

Update at 1:37 p.m. ET: Is he willing to negotiate on how the "Bush tax cuts" are extended? "Absolutely," Obama says, after also stressing that his priority is to protect middle class families and businesses. 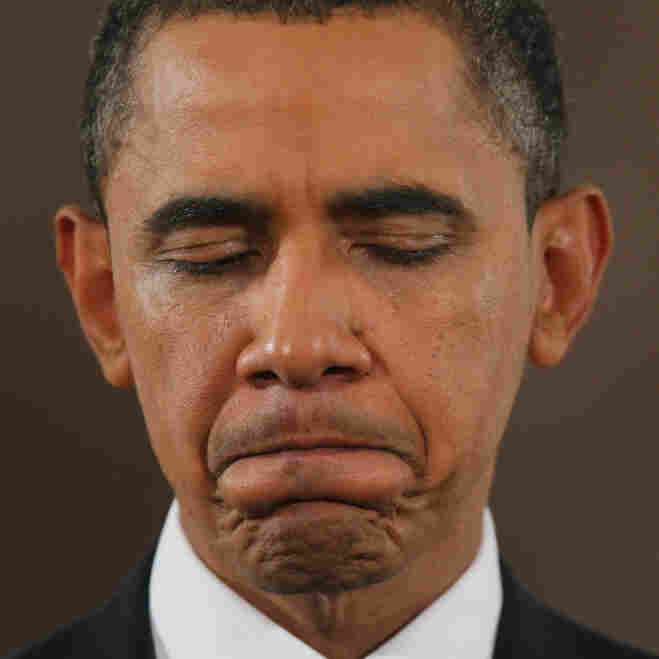 Update at 1:35 p.m. ET: How does it feel, Obama is asked, to see so many Democrats go down to defeat -- in particular some, such as Rep. Tom Perriello of Virginia, who worked hard for his agenda?

Update at 1:32 p.m. ET. Question: You've said before that "elections have consequences," are there "areas you would be willing to compromise on" after yesterday's returns?

Update at 1:29 p.m. ET. Question: Is any more economic stimulus spending "dead at this point" because of opposition to increasing the national debt?

"The question that my Republican friends and me and Democratic leaders have to answer is 'what are our priorities?'," Obama says. He goes on to talk about the need for investments in education, infrastructure, transportation, technology and other areas.

Policymakers, says Obama, must distinguish between "stuff that isn't adding to our growth ... and those things that are absolutely necessary" to boost job growth now and over the long haul.

"Without any Republican support on anything it's going to be hard to get things done," Obama adds. But, he says, it would be wrong to predict that the GOP will block all such efforts.

Update at 1:20 p.m. ET. Question: Is his health care overhaul in danger of being repealed?

"We'd be misreading the election if we thought the American people want to see us for the next two years relitigate" the arguments of the past two years, Obama says.

He is "happy to consider" Republican ideas on health care if they would produce (in his opinion) "faster and more effective reform," says the president.

Update at 1:18 p.m. ET: Continuing to address the question about whether he does or does not "get it," the president says that he was elected in part because many Americans were excited about changing the way things are done in Washington.

But, "we were in such a hurry to get things done, that we didn't change how things got done," Obama says. "And I think that frustrated people."

Voters, the president says, are more frustrated by the "outcomes" -- in particular high unemployment -- than by the policies he has pursued.

Update at 1:15 p.m. Second question: If you're not reflecting on the decisions you've made, could voters conclude that "you're just not getting it?"

Update at 1:13 p.m. ET. First question: Are the election results a "fundamental rejection of your agenda?"

The president doesn't give a direct yes or no. But he does say that "I've got to take direct responsibility for the fact that we have not made as much progress as we need to make."

And, Obama adds, "the overwhelming message that I hear from the voters is that we want everybody to act responsibility here in Washington."

Update at 1:08 p.m. ET: "I want to engage both Democrats and Republicans in serious conversations about where we're going as a nation," Obama says. And the American people, he adds, don't want lawmakers "to spend the next two years refighting the battles of the last two."

"I do believe there's hope for civility," Obama says.

Update at 1:05 p.m. ET. The president begins by conceding that he had a long night.

"Some election nights are more fun than others," he says. "Some are exhilirating. Some are humbling."

He understands, Obama adds, that "people are frustrated. They're deeply frustrated -- with the pace of our economic recovery."

Meanwhile, we've got a question for everyone: