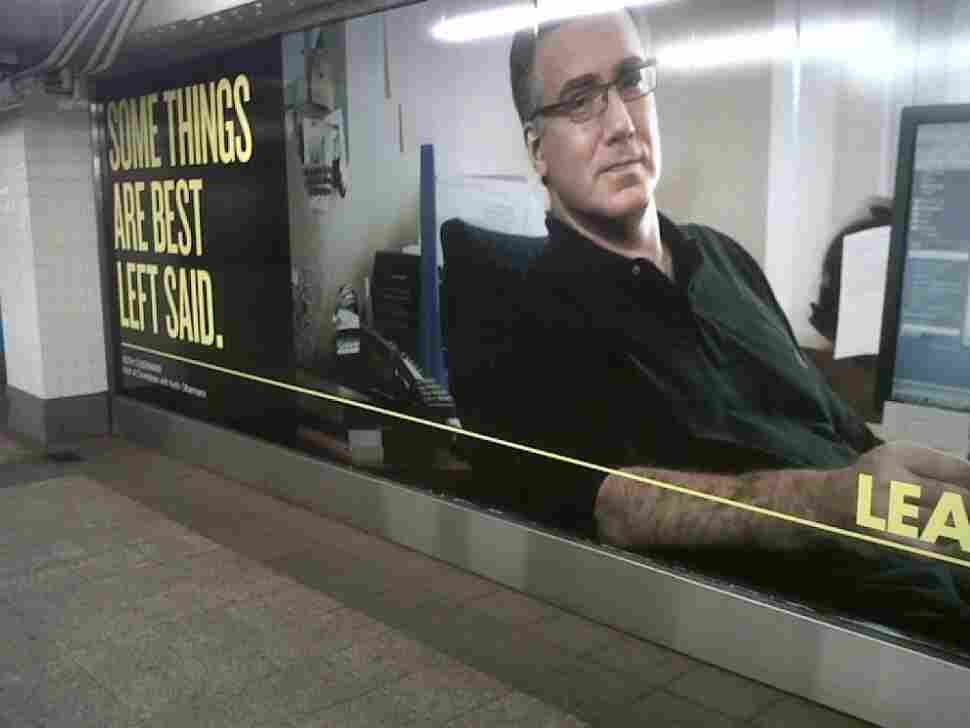 Update at 6:07 pm -- The original post reported that The Nation's Chris Hayes would be doing Countdown in place of the suspended Keith Olbermann. But things change. A tweet from Hayes:

OK: I'm not filling in on Countdown tonight because I didn't feel comfortable doing it given the circumstances.

As if Speaker Nancy Pelosi's bombshell wasn't enough to shake the liberal firmament on Friday, the suspension by MSNBC anchor Keith Olbermann for making political contributions to Democratic candidates in House races added to the shockwaves.

It's not as though anyone had any doubts about Olbermann's leanings. Most nights on Countdown he seems like a one-man, anti-Republican wrecking crew.

Still, serious news organizations like NBC News have policies meant to help the institutions play it straight down the middle politically. Not that news outlets always succeed. But that's the goal. Here's part of the NBC News policy:

Anyone working for NBC News (including non-staff employees)  who takes part in civic or other outside activities may find that these activities jeopardize his or her standing as an impartial journalist because they may create the appearance of a conflict of interest.

Such activities may include participation in or contribution to political campaigns, political action committees (PAC's) or groups that espouse controversial positions. You should report any such potential conflicts in advance to, and obtain the prior approval of the President of NBC News or his designee.

NPR's David Folkenflik reported the following details of the Olbermann story for the NPR network newscast:

... Olbermann has helped to propel MSNBC to its best ratings and highest profits in its history. As he found voice as a critic of President George W Bush's military involvement in Iraq, the success of his program became the cornerstone of MSNBC's strategy to go liberal in prime time.

Olbermann's contributions, first reported today by Politico, were not part of the plan. Olbermann gave money to two Arizona Democrats running for Congress and to Jack Conway, the unsuccessful Democratic nominee from Kentucky for U-S Senate.

NBC NEWS has a policy prohibiting staffers from political activities and contributions to candidates or causes, without express prior approval. MSNBC President Phil Griffin said in a statement today that he first learned of the contributions last night and suspended Olbermann indefinitely without pay.

But Olbermann is not the only big cable personality to make contributions this year. Conservative Fox News host Sean Hannity gave $4,800 to a Long Island Republican, John Gomez, who ran unsuccessfully for the U.S. House of Representatives.

And Hannity also gave $5,000 to the political action committee of Minnesota republican congresswoman Michele Bachmann. Hannity's wife chipped in another five thousand dollars to Bachmann's PAC. Both Bachmman and Gomez have been guests on Hannity's show.

Fox News would not comment. This summer, executives made Hannity cancel his plans to participate in a fund-raiser for Tea Party activists in Cincinnati.

But the opinionated Hannity technically falls under Fox News's programming division - not news - and previous remarks by Fox executives suggest they have no policy against political contributions by talk show hosts. Hannity was not publicly rebuked for his gifts.

Olbermann's replacement tonight will be Chris Hayes of the left of center Nation magazine - he's given money to Democratic candidates in the past, but is not an NBC News employee. No word on when Olbermann may return.

As you would expect, Olbermann is getting a lot of support from liberal bloggers who accuse MSNBC president Phil Griffin of having a double standard.

... This policy doesn’t look to have been broadly applied. Atrios finds a number of contributions to Republican candidates made by Pat Buchanan, who is a paid political analyst for MSNBC. They have a right to make such a policy, but it ought to be carried out on anyone who violates it.

And from DailyKos's Markos Moulitsas who, it should be said, was reportedly banned from MSNBC so feels somewhat passionate about what happened to Olbermann.

Real smart, Phil! Olbermann isn't just MSNBC's highest rated show, but it's the only one that breaks Fox News' stranglehold on the top 10 cable news shows.