Accessibility links
Alaska Vote Count Must Continue: U.S. Judge : It's All Politics The judge said Miller didn't prove he would suffer irreparable harm if the vote count continued. Meanwhile, of the portion of the more than 92,000 ballots counted so far, 89 percent were for Murkowski. 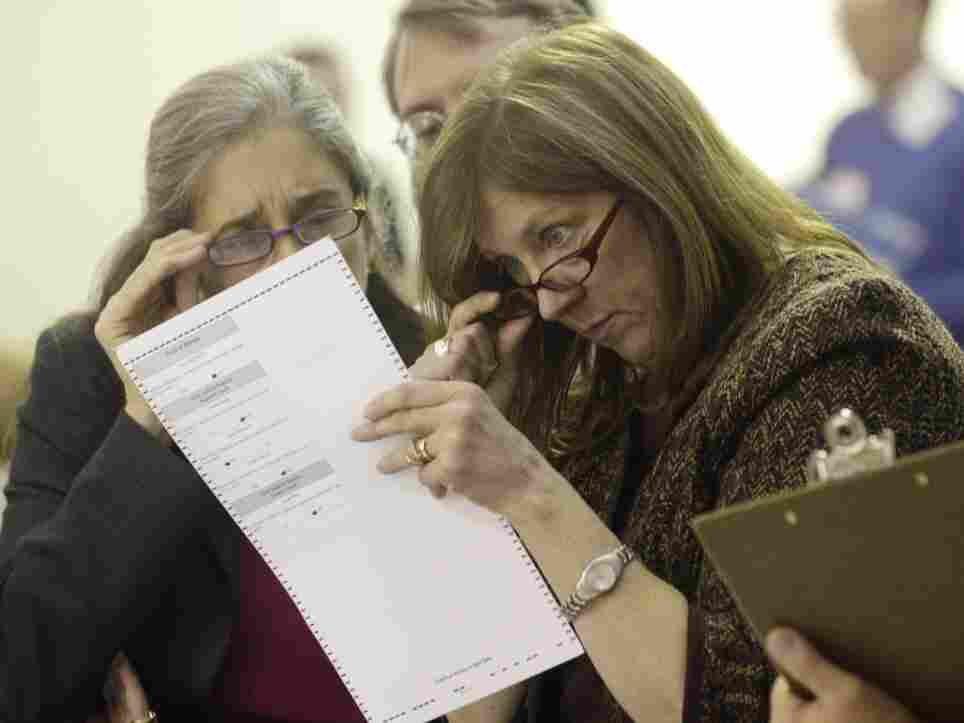 According to the Associated Press, U.S. District Court Judge Ralph Beistline ruled that Miller, the Republican nominee and Tea Party-backed candidate for a Senate seat from Alaska, didn't prove he would suffer "irreparable harm" if the count proceeded.

Meanwhile, the Anchorage Daily News (ADN) reported that of the write-in ballots counted so far, 89 percent were for Murkowski. And while many ballots were challenged by Miller's people, very few of those challenges were successful.

The first batch of numbers is out and they show 89 percent of the write-ins counted so far were perfect for Lisa Murkowski.

Out of 7,638 write-ins counted just 67 wrote in someone other than Murkowski.

The Division of Elections says 6,804 votes were unchallenged for Murkowski.

Another 678 of the ballots were challenged but the challenge was overruled by the Division. Those are considered to be "challenged but counted," and will be reviewed in the expected recount with the courts having the final say.

There were only 89 successful challenges of Murkowski votes. That represents just 1.17 percent of the ballots counted.