Accessibility links
Democrats Spoiling To Fight GOP Blast Obama, Prep To Go Own Way : It's All Politics Top Democrats are blasting Obama for alleged political missteps, including a lack of passion in the fight against the GOP. They are also trying to create their own outside political groups to fight Republicans on the same terms. 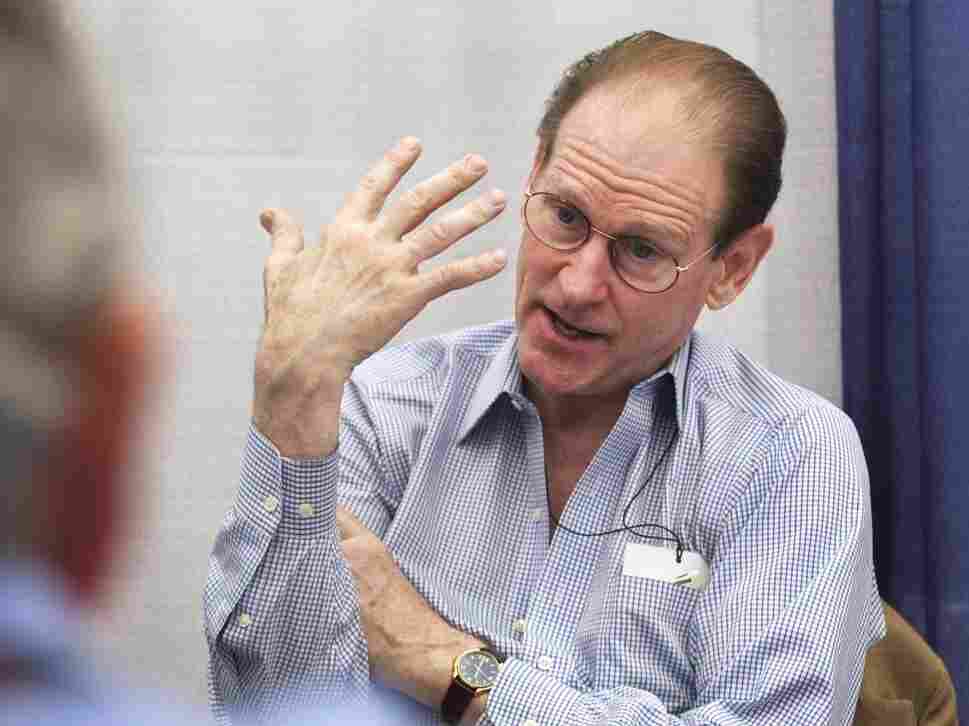 Top Democratic activists and lawmakers who allege that President Obama blew it by being too passive during the midterm campaign, are responding in at least two ways.

They continue to criticize the president heavily. And they're not waiting around for the White House to ramp up anti-Republican aggression.

Instead, Democrats are making plans to fight Republican fire with Democratic flames by creating their own outside groups to mirror those the GOP used to great effect during the recent campaign season.

Obama has opposed such outside groups in politics whose money comes from anonymous donors, perhaps some of whom are overseas, he has warned.

By their actions, these Democrats are clearly splitting with him, at least on this important point.

As Tom Hamburger and Matea Gold of the Tribune Washington Bureau reported:

This week, more than 100 wealthy Democrats gathered in a posh Washington hotel for a closed meeting in which participants repeatedly called for Obama be more aggressive in his agenda and tactical combat with the Republican right.

"I am used to fighting losing battles, but I don't like losing without a fight," said financier George Soros, a longtime donor to causes on the left, in a comment confirmed by his staff as part of a call to arms in private conversations at the postelection meeting of the Democracy Alliance, an organization of wealthy Democrats that provides funding to liberal groups.

In another sign of Democratic unrest, a dozen prominent Democrats — including longtime Bill Clinton advisor Harold Ickes, labor leader Andy Stern and representatives of influential interest groups — will meet Monday to discuss whether to form a new operation to combat the array of outside groups launched this year by Karl Rove and other Republican strategists, according to multiple participants.

Those Democrats clearly aren't in the mood for the kind of renewed efforts at bipartisanship Obama said he took as the message from midterm election voters, especially political independents.

And neither are Senate Democrats, apparently. Glenn Thrush and Manu Raju of Politico report that the Democrats in that chamber are also spoiling for fight.

It appears they've just about had it with the president who's been called No Drama Obama.

They want much more drama from him, or more accurately, passion in defense of and communication of their issues and against the Republican agenda they oppose.

Politico reports that Senate Democrats met in a closed-door session presided over by Majority Leader Sen. Harry Reid of Nevada in which the emotional temperature in the room got quite hot.

“It was a raucous caucus,” said one Democratic senator, who spoke on condition of anonymity because closed-door sessions are not supposed to be discussed with outsiders...

... In interviews after the marathon three hour meeting, several senators and senior aides told POLITICO that (Florida's Sen. Bill) Nelson was just one of several senators to express anger at White House missteps – and air deep concerns about their own political fates if Obama and the Democratic Party leadership can’t turn things around by 2012.