Accessibility links
Nancy Pelosi Sheds No Political Tears (Unlike John Boehner) : It's All Politics Nancy Pelosi doesn't cry over politics like Boehner. And she sees sexism in how she was treated. For instance, she says she didn't get the Newsweek and Time cover treatment after she became speaker that Boehner's received. 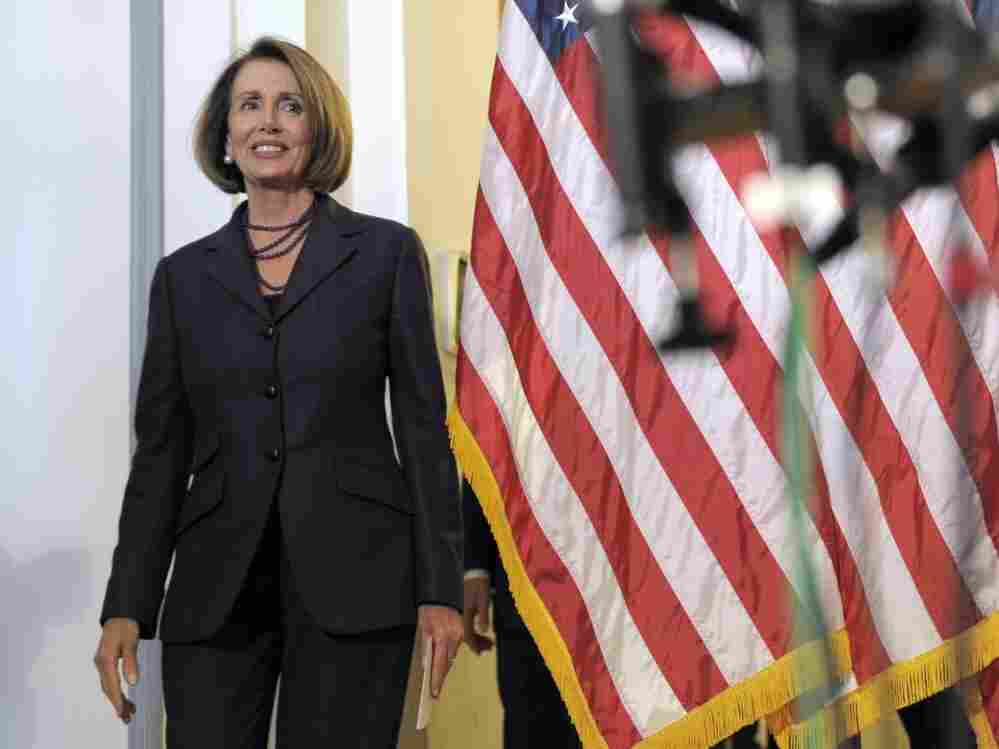 Speaker Nancy Pelosi doesn't cry on the House floor during legislative debates, like the man she's about to hand the gavel to, she'd like you to know.

And she still hasn't apparently forgotten that Newsweek and Time magazines didn't have her on their covers after she became speaker. She frames this more as a slight to women who achieve power than a personal affront.

These are just a few nuggets from a short question and answer interview of Pelosi by Deborah Solomon in the The New York Times Magazine. The interview tracks with her image as one of the flintiest grandmothers in American politics.

Your decision (to run for minority leader) surprised many Democrats, who say you’re a poor communicator.

The thing is, I keep saying — show me all these men who are very communicative!

Ha. What about John Boehner, the Ohio Republican who is expected to succeed you as House speaker in January? Did you see him tearing up on election night as he addressed his supporters?

You know what? He is known to cry. He cries sometimes when we’re having a debate on bills. If I cry, it’s about the personal loss of a friend or something like that. But when it comes to politics — no, I don’t cry. I would never think of crying about any loss of an office, because that’s always a possibility, and if you’re professional, then you deal with it professionally.