Accessibility links
Census: Texas Gains 4 House Seats; Ohio, NY Lose 2 Apiece : It's All Politics The Census-driven trend of southern and western states getting more House seats continued. The upshot is that states that have trended Republican will get a little more representation while more Democratic states a little less. 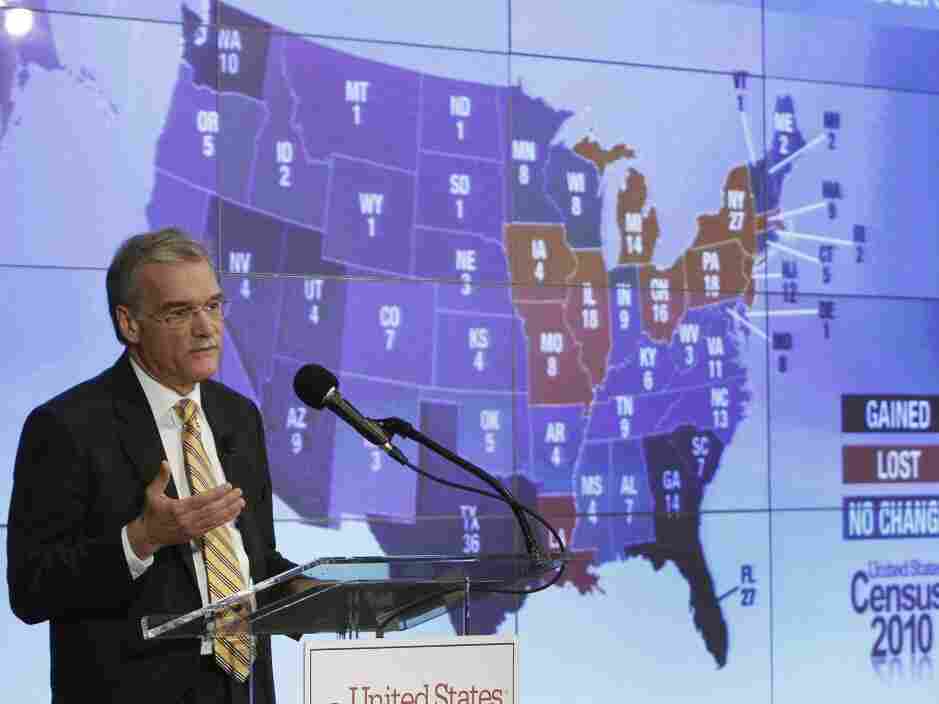 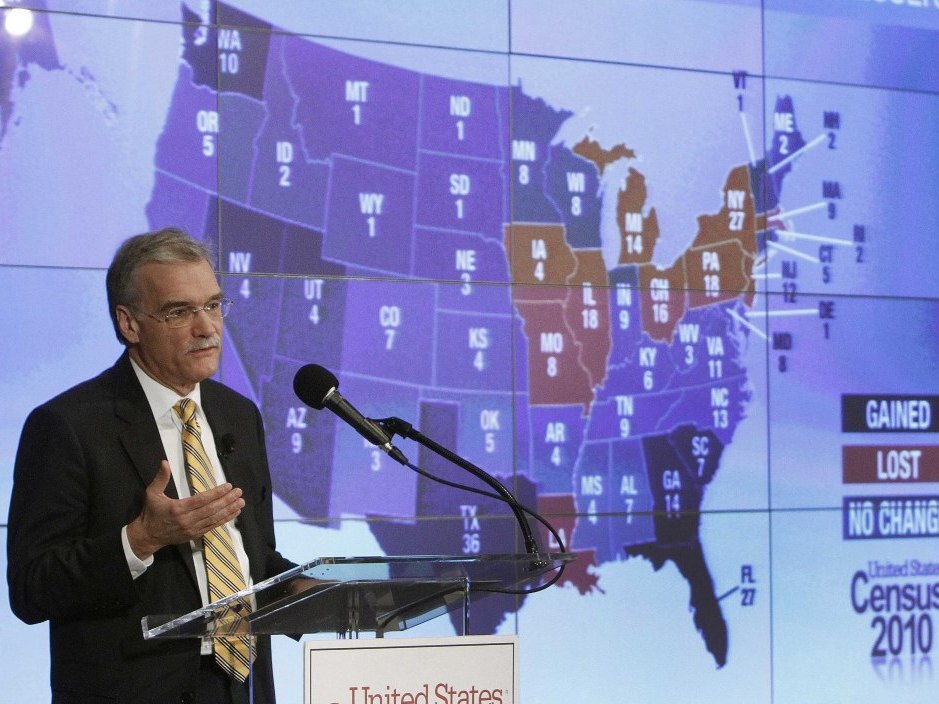 It was expected that Texas would gain four U.S. House seats from the reapportionment wrought by the 2010 Census and, sure enough, that's what the Lone Star State will be getting.

That would give Texas 36 seats in the U.S. House once the new seats are officially added to its delegation.

Also expected was that additional states in the South and West would gain congressional seats and that is true, too. Florida picks up two while Arizona, Georgia, Nevada, South Carolina, Utah and Washington each gain one.

The upshot of these changes is that the changed landscape should help Republicans in their efforts to gain a few more House seats after the states complete their redistricting. But it's more the continuation of a trend than a radical break from recent demographic patterns.

It was further expected that several states in the Northeast, the old industrial Rust Belt and Midwest would be losing House seats. That turned out to also be true, though it was unclear until the Census Bureau released its data Tuesday just how  many they would lose.

Turns out New York and Ohio will each lose two House seats. New York in particular had hoped its loss would be limited to just one seat.

Given that so much of this played out as expected since demographers have been making estimates based on the intermediate data the Census Bureau had already released, maybe the bureau could have spared us all the faux drama of Tuesday's news conference in which it slowly teased out the news like it was LeBron James announcing he was taking his talents to South Beach.