Accessibility links
Saving 'Don't Ask' Repeal Took Wily Band Of Lawmakers : It's All Politics Obama was in the spotlight but DADT's repeal really rested on several lawmakers who refused to quit. Rep. Steny Hoyer kept the repeal effort alive even after the White House appeared to back away from it. Ditto Senators Lieberman and Collins. 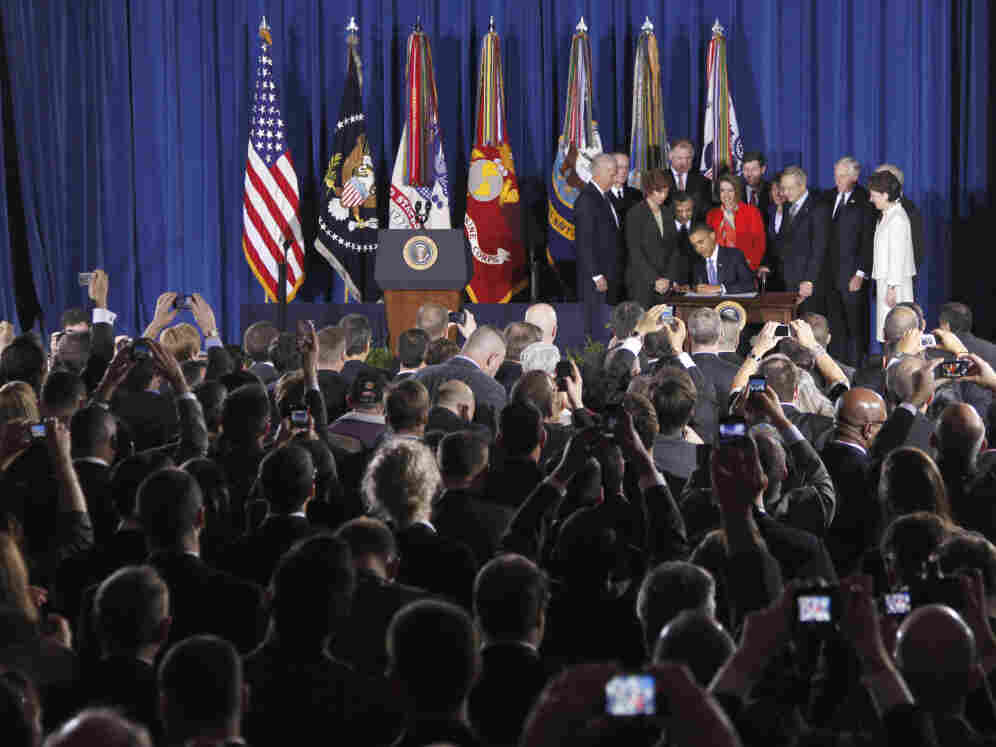 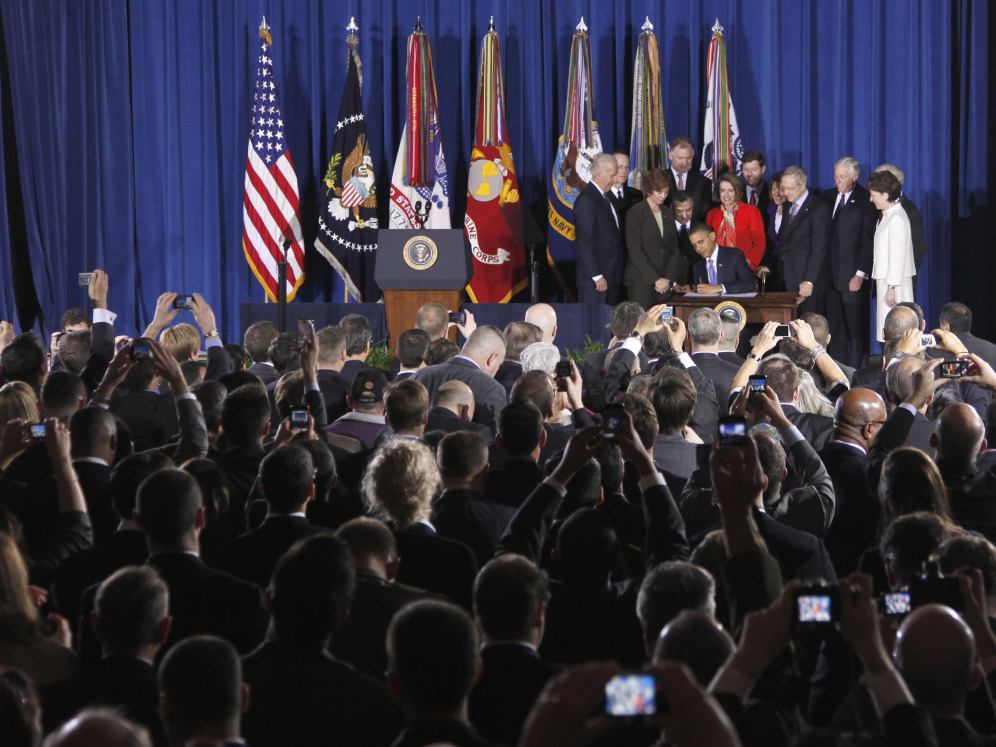 At the signing of the legislation repealing the "don't ask, don't tell" law, the 17-year-old ban on gays openly serving in the U.S. military, President Obama was in the spotlight at centerstage Wednesday, as is usually the case in such ceremonies.

But there likely would have never been a signing ceremony if it hadn't been for a disparate band of lawmakers joined together by their determination to end the discriminatory law.

Among them were Rep. Steny Hoyer (D-MD), the House majority leader, and Senators Joe Lieberman (I-CN) and Susan Collins (R-ME).

Obama had vowed to end DADT during the 2008 campaign and after becoming president, set in motion the machinery for repeal.

But once repeal legislation attached to a defense authorization bill failed in the lam-duck session, Obama apparently was about cutting his losses. He had other priorities -- namely, getting the Senate to ratify the New START nuclear arms control pact with Russia.

This is one point where Hoyer, who played a key role in crafting the repeal language in the larger authorization bill, crucially stepped in again.

As Russell Berman of the The Hill reported:

Meanwhile, the White House, several lawmakers and aides said, had prioritized the New START Treaty, pressuring the Senate to put that, rather than the repeal of “Don’t ask, don’t tell,” at the top of its year-end list following the passage of the president’s tax-cut compromise last week.

Hoyer “was under a lot of pressure not to do this because it would endanger START. He refused to do that,” said Rep. Barney Frank (D-Mass.), who said Pelosi also refused to bow to pressure to give up on ending “Don’t ask, don’t tell.”

“I had a strong belief that yes, we had the votes,” Hoyer said.

Over in the Senate, Connecticut independent Sen. Joe Lieberman -- one of the most detested lawmakers, at least in the eyes of Democrats -- teamed with moderate Republican Susan Collins of Maine to collect enough votes in that chamber for repeal.

Lieberman, an orthodox Jew, even did something unusual for him. He worked on the Sabbath.

As Howard Kurtz reported for The Daily Beast:

While Lieberman caucuses with the Democrats, his independent status helped him in reaching out to the other party, and he and Collins got two other GOP senators to pledge their support. But Senate Majority Leader Harry Reid was skeptical about scheduling a vote, asking Lieberman: "Are you sure you have those three Republicans?"

Reid had one last request, as Lieberman recalls it: "Joe, please go back and tell them I can't allow amendments on this." That would lead to procedural snafus, and the pre-Christmas clock would run out.