Accessibility links
Black GOP Lawmakers Face Tricky Relations With Democrats : It's All Politics Tim Scott is the likelier of two new blacks in the House GOP to have good ties with black Democrats, an expert said. Even though he represents a more conservative district, Scott of South Carolina is more moderate than Allen West of Florida. 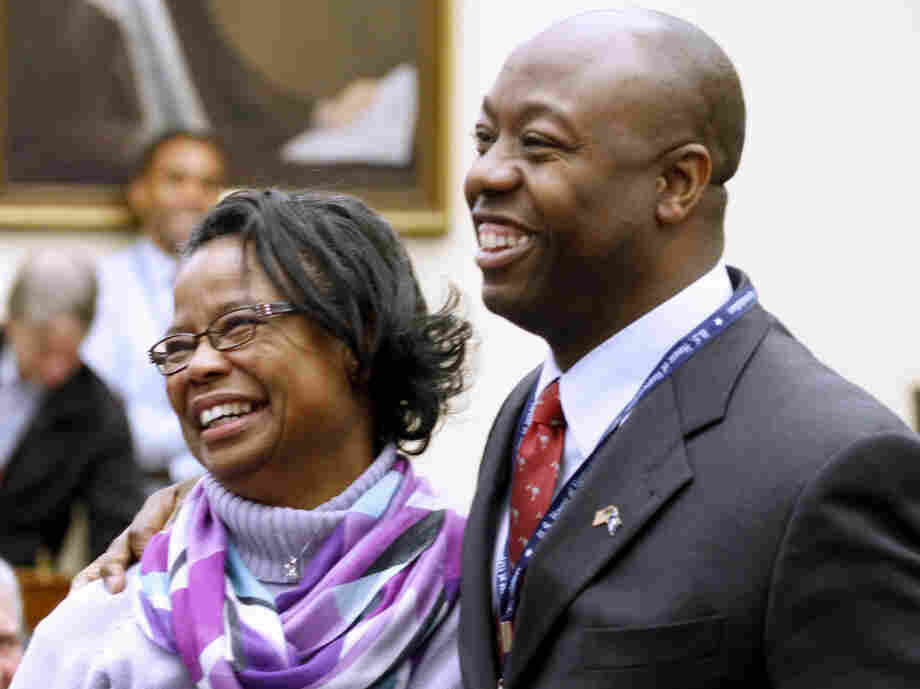 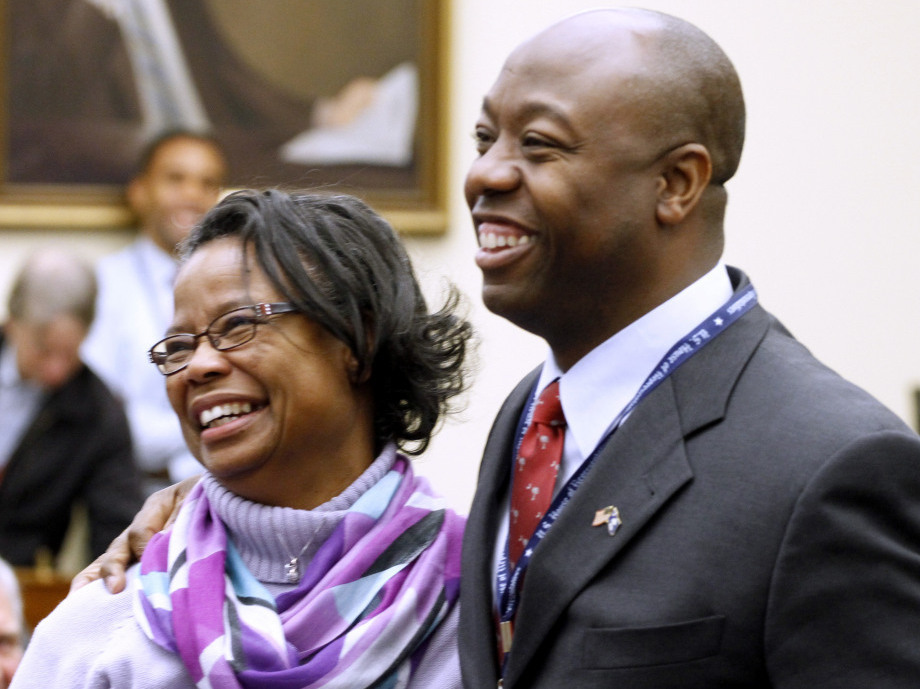 Not all the attention has been positive. West, for instance, had an early personnel misstep when he hired to his staff a conservative talk radio host who had called Speaker Nancy Pelosi “garbage.” The host stayed in radio.

After all, the South Carolinian is more moderate than West even though Scott represents a more conservative district.

“Depending on how acrimonious this new Congress is, depending on how much Republicans want to stand steadfast against most of Obama’s policies, Tim Scott could essentially position himself as the modern day J.C. Watts. He’s young, he’s dynamic, he’s in a very safe district.

And he could be seen as the person who walked to the Congressional Black Caucus and could get some kind of agreement, some sort of compromises done.

Alan West’s rhetoric was so volatile and so hostile throughout much of the campaign it seems unlikely that he would join the Congressional Black Caucus regardless of what he says right now if for other reason than, ideologically, he is fervently against 99 percent of what the (caucus) stands for.

For the record, while Watts had a smooth, conciliatory and camera-ready style that helped him become a member of the House Republican leadership, he never joined the CBC as Johnson's comments imply, instead declining the group's invitation.

It either West or Scott join the CBC, they could find their experiences quite rocky, more like what another black Republican congressman, Gary Franks of Connecticut, endured.

Franks, who was in Congress in the 1990s, joined the CBC but it was nearly always a difficult relationship.

He was accused of being a spy for House Republicans. He also had ideological clashes with CBC members because he opposed affirmative action and supported Clarence Thomas' nomination to the Supreme Court to fill the seat previously occupied by Civil Rights icon Thurgood Marshall.

Given the highly partisan nature of Congress, it's hard to imagine CBC meetings including Scott and West ending with a lot of bipartisan hugs and kisses.