Accessibility links
Sen. Hutchison Of Texas Won't Seek Re-Election : It's All Politics Hutchison, the only woman to represent Texas in the Senate, has been there since 1993 when she won a special election to succeed Sen. Lloyd Bentsen who became President Bill Clinton's Treasury secretary. 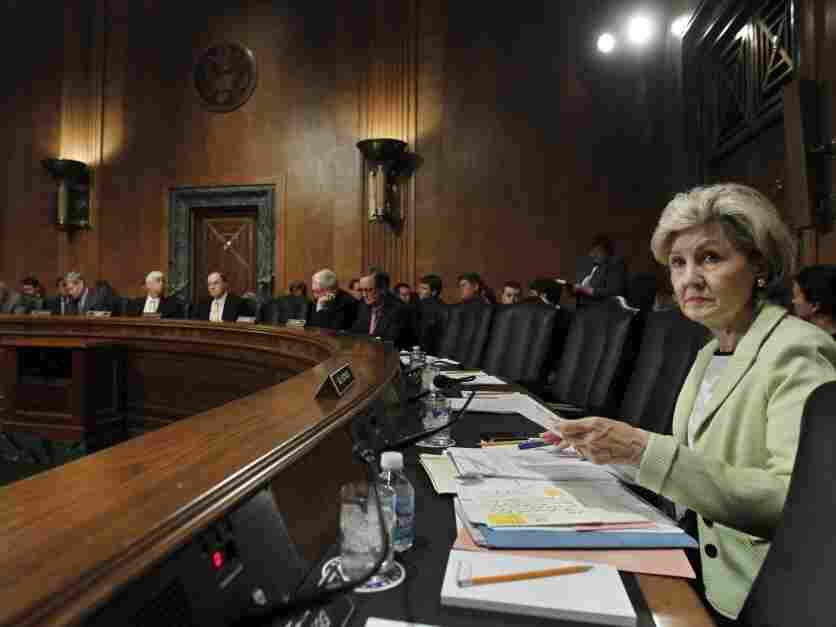 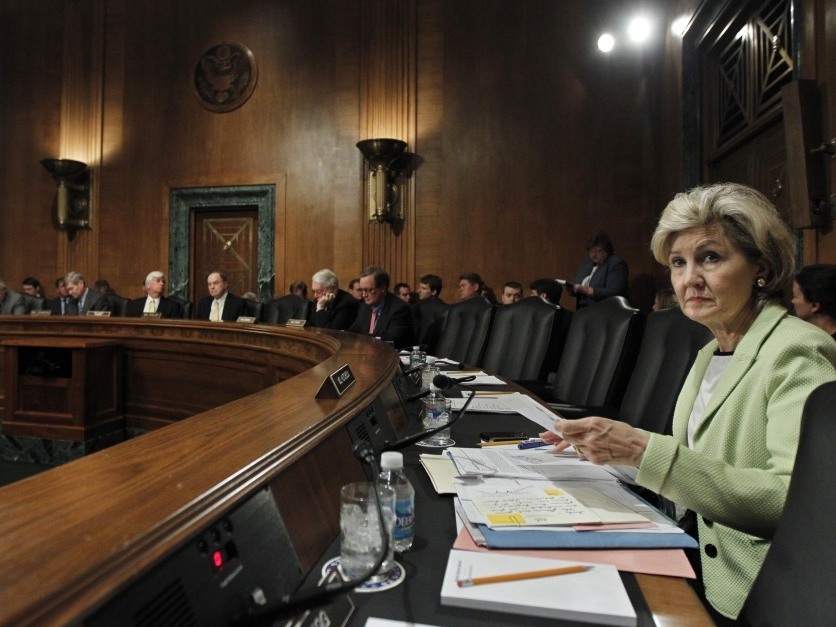 Sen. Kay Bailey Hutchison, a Texas Republican who first won election to the Senate in 1993, said Thursday she won't run for re-election in 2012.

Texas's senior senator, the only woman so far to represent the Lone Star State in the Senate, told Dallas Morning News reporter Gromer Jeffers Jr. she knew on her re-election six years ago that she wouldn't be running again.

"I have known since 2006 that I wouldn't seek another term," the senator said in a telephone interview. "I wanted to announce it on my own terms and in my own way.

She announced her decision in a letter to supporters. The Austin Statesmen has it on its Postcards politics blog.

Hutchison, 67, occupies the seat vacated by Sen. Lloyd Bentsen when he became President Bill Clinton's Treasury Secretary. She won the seat in a special election after winning a sharply contested runoff election.

More recently, the senator had wanted to be Texas governor and waited for fellow Republican Gov. Rick Perry to leave office.

But he didn't. So last year she challenged him but lost in the Republican primary.

She was hurt to an extent by what many voters viewed as her indecisiveness over keeping her Senate seat or not.

Her biography in the Almanac of American Politics recounts that after graduating law school in 1967, she was unable to get a law firm job.

So she worked as a TV news reporter. In 1972, she won a seat in the Texas state house, becoming the first Republican woman to do so. In 1990, she was elected to Texas treasurer.

From the almanac (subscription required:)

Hutchison began her political career when it was no advantage to be a woman and has been mocked by liberals for her prim manners and by Washington conservatives as a “Texas pom-pom girl.” Her response: “This is what I have faced all my life—the trivialization of me—which I have not ever let bother me. I have always been able to rise above the expectations.” Indeed, she is a senator from the nation’s second-largest state and one of only six senators in history to have been elected with more than 4 million votes. (The others: Democrats Barbara Boxer and Dianne Feinstein of California, Daniel Patrick Moynihan and Charles Schumer of New York, and Republican John Cornyn of Texas.)...

Hutchison has not had trouble being taken seriously by fellow Republicans in the Senate. She moved up quickly in the leadership, and in 2006, she was elected chairman of the Senate Republican Policy Committee, the No. 4 position in the leadership. The following year, she declined to run for the conference chairman, the No. 3 position. She is the ranking Republican on the influential Senate Commerce, Science and Transportation Committee.

Hutchison's decision shouldn't do much to excite Democrats since Texas is a decidedly Republican red.

The Dallas Morning News drops names of some of the possible contenders for the seat: