Accessibility links
Obama Previews SOTU: An Economy Working For All : It's All Politics Obama will defend federal spending on investments even as Republicans are demanding spending cuts. The investments are necessary for the nation to compete globally in the 21st century, he will say. He's also expected to defend his health care law.

Obama Previews SOTU: An Economy Working For All

Obama Previews SOTU: An Economy Working For All 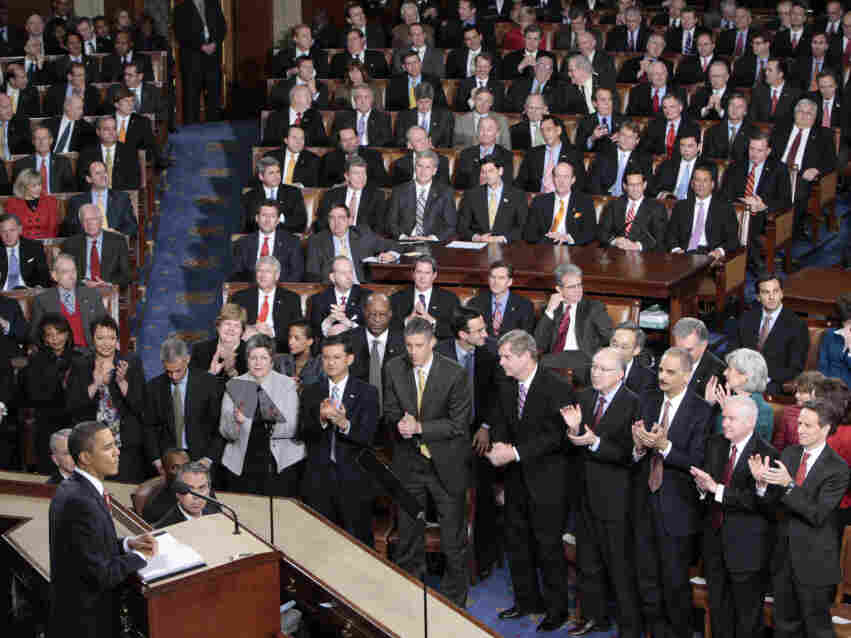 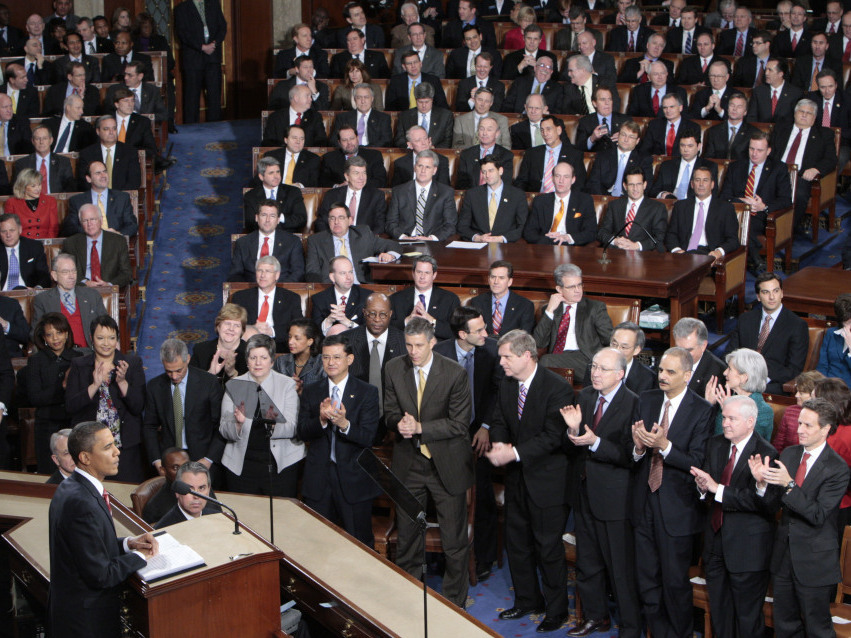 President Obama delivering his 2010 State of the Union address.

From what President Obama himself says of the 2011 edition of his State of the Union speech that he is scheduled to give Tuesday evening, it appears what he'll most be trying to achieve is the tricky balance between the federal government's need to spend money on some things even as it tries to cut its deficits and debt.

While acknowledging the need to improve the federal government's fiscal situation, Obama will argue that spending cuts must be done carefully.

Meanwhile, he will emphasize his view that the federal government should play and important and active role in making sure the nation can compete globally as the 21st century unfolds.

That will require investments by way of federal spending, he will say.

In a video released over the weekend to supporters of Organizing for America, the successor to his grassroots campaign group, Obama made these dual points about the need for wise spending and cutting.

He also sounded a fundamental Democratic Party theme, stating his commitment to making sure the benefits of an improving economy are spread as widely as possible. He wants to make sure a rising tide indeed lifts all boats, as John F. Kennedy might say. Or, indeed, that everyone has a boat.

An excerpt from Obama's preview of his Tuesday night speech:

I'm focused on making sure the economy is working for everybody, for the entire American family.

We're also going to have to deal with our deficits and our debt in a responsible way.

And we've got to reform government so that it's leaner and smarter for the 21st century. Finally we've got to make sure that we continue to keep America safe and that we're advancing our interests around the world. In other words, our job is to make sure that the American Dream is attainable to everybody who is willing to work for it, everybody who is willing to strive for it.

The New York Times reported over the weekend that Obama's aides told them the president will point to several areas he believes require national focus.

And he will defend federal government working with the private sector to advance the cause of U.S. economic growth and job creation at a time when many of his Republican opponents argue for spending cuts that would make such government participation impossible.

After taking office at the height of an economic crisis and taking over bailouts of the financial and auto industries, both of which have recovered, Mr. Obama will say that while the government no longer needs to intervene, it still should be an essential partner with the private sector through tax breaks and other incentives.

"He's making the transition from an economic security president to an economic growth president," said Jim Kessler, co-founder of the centrist organization Third Way, "and he's moving from the left to the center."

Even though the president in Kessler's eyes is shifting towards the political center, he is expected to defend the singular policy achievement that made many of his critics accuse him of leftist tendencies, his health care law under attack in Congress.

Again from the NYT:

The president, advisers said, will offer a vigorous defense of the health care law, which the House last week voted to repeal, by highlighting personal stories of how the new law has already helped ordinary Americans — by requiring insurance companies to cover people with pre-existing conditions, for example.