Accessibility links
Mitt Romney's Fighting Words: Obama Is 'Weak President' : It's All Politics The former Massachusetts governor opened the second day of CPAC Friday with a pugnacious, partisan speech that lambasted President Obama's economic policy. But it failed to mention health care, a topic of weakness for Romney if, as expected, he seeks the GOP presidential nomination in 2012. 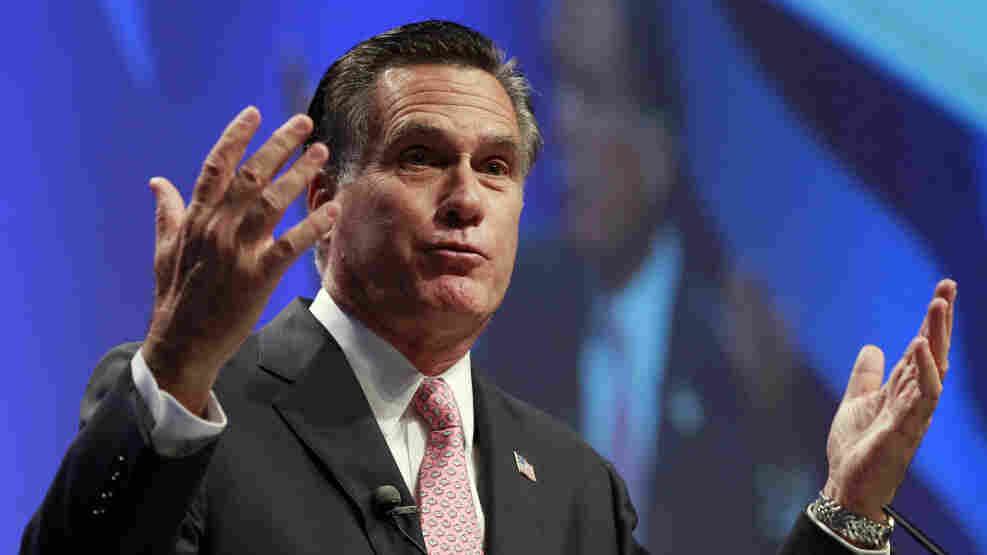 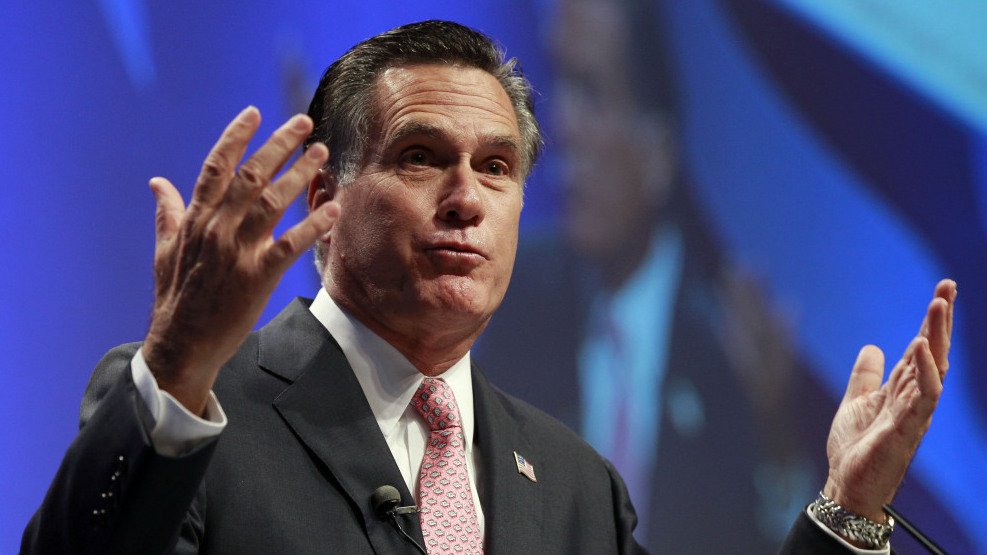 Just when it seemed that he'd offer all the right soundbites for the conservative crowd, he concluded without addressing the Republican Party's No. 1 target: Obama's health care law.

Romney's conspicuous avoidance of the topic reveals the difficulty he will face if he runs for president again in 2012, as is expected. As governor of Massachusetts, Romney signed a health care law widely regarded as not only similar to the legislation passed by Congress last year, but as a prototype that helped inspire the federal law.

In the past year, Romney, who ran for the Republican presidential nomination in 2008, has struggled to explain the differences between his law and the federal legislation, which conservatives derisively call "Obamacare."

What did Romney actually say? Plenty that revved up the young crowd at the Conservative Political Action Conference.

He called Obama a "weak president" and assailed his handling of the economy and national security, about which he said "an uncertain world has been made more dangerous by the lack of clear direction." Absent from the speech was any mention of the uncertainty currently foremost among those watching world events: the future of Egypt.

Romney, who made his personal fortune as a venture capitalist before entering politics, accused Obama of ignoring his "central mission—put Americans back to work, fight for every job ... because every job is a paycheck and paychecks fuel Americans' dreams."

Instead, he said, Obama has tried to implement "European-style solutions."

Romney coyly avoided declaring his bid for the presidency, but his intent was clear. While introducing him, Romney's wife, Ann, said she hoped her husband would be elected.

All are among the 15 names listed on CPAC's presidential straw poll, the results of which will be announced Saturday. Rep. Ron Paul (R-TX), who also is scheduled to speak Friday, won the poll here last year.