Accessibility links
Tim Pawlenty Sheds Mild Manner At 2011 CPAC : It's All Politics For Pawlenty, gone was last year's mellow centrist whow as replaced by an anti-Obama fire-breather. Pawlenty served up much red meat, including suggesting that Congress not raise the federal debt limit. 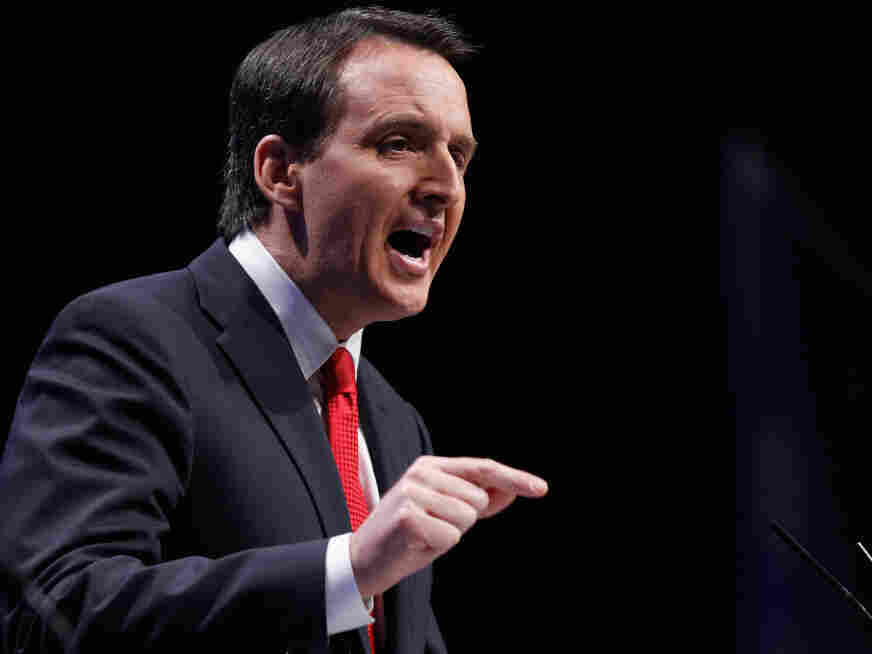 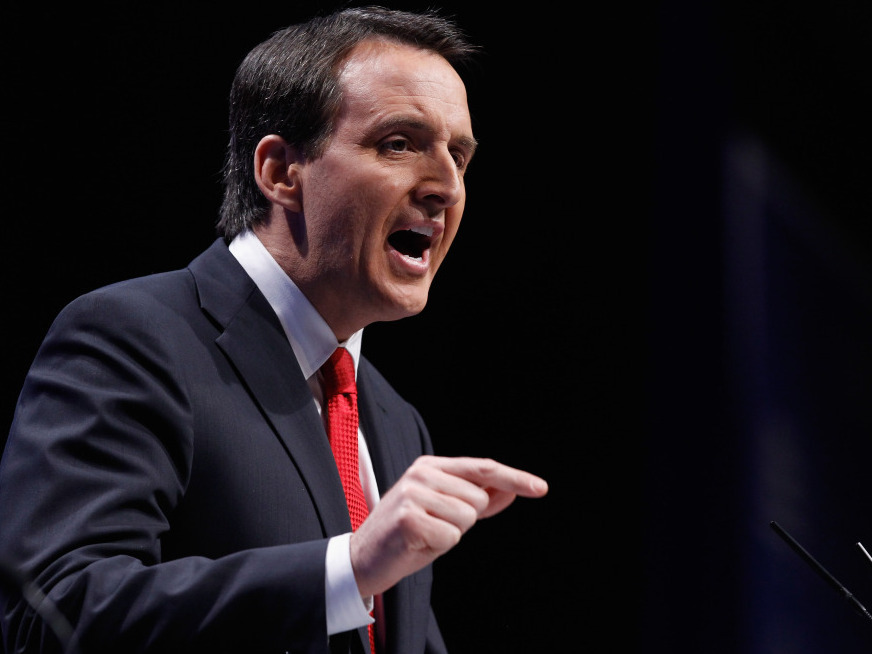 The CPAC gathering in Washington hosted a Sarah Palin impersonator Friday morning, so why not a Tim Pawlenty imposter in the afternoon?

Pawlenty, the previous governor of Minnesota, delivered a speech so bodaciously conservative that some in the audience wondered if they were witnessing the same speaker whose mild-mannered, centrist-leaning address tanked here last year.

This time, hoping to draw support for a potential presidential bid, he held nothing back.

"President Obama has succeeded in doing the impossible," Pawlenty began. "He's proven that somebody can deserve a Nobel Prize less than Al Gore."

One man in the audience reacted with visible surprise at what he was hearing and said, "Man, something happened to him. He's getting fired up."

He was merely warming up. Pawlenty held forth for 25 minutes in a blistering attack on Obama and outlined his own set of fiscally hawkish "common sense" principles to the rousing applause of a packed ballroom at the Conservative Political Action Conference.

He demanded that Congress not raise the nation's debt ceiling, a decision backed by the Obama administration that even a number of congressional Republicans acknowledge may be unavoidable to prevent the government from defaulting on its loans.

He called for a constitutional amendment requiring that Congress pass balanced budgets—another proposal favored by CPAC attendees. And he advocated revising the federal tax code.

The audience delighted when Pawlenty explained—at a mockingly slow pace, he said, so that any Democrats could easily—that "we…can't…spend…more…than…we…take…in.

"The federal government spends our money the way Keith Olbermann talks—too much and without a point, and he leaves the whole country confused."

Pawlenty's remarks had the sound of a presidential campaign announcement, though he hasn't declared for 2012. In 2008, Pawlenty was on the short list of potential running mates for Republican presidential nominee John McCain.

His decision not to run for re-election in November, after serving for eight years as governor, has fueled speculation that he will seek the GOP nomination.

And he called for a robust national defense in order to stare down America's enemies: "With bullies, might makes right."

Pawlenty also touched on national security, attacking an Obama foreign policy that "appeases and accommmodates" Russia and dictatorships such as Iran while equivocating in support of allies such as Israel and Poland.

"Mr. President," he said, "Bullies respect strength; they don't respect weakness. So when the United States of America projects its national security interests here and around the world, we need to do it with strength."

The audience responded with prolonged cheers.