Accessibility links
Half Of GOP Primary Voters Wrongly Say Obama Non-U.S. Born: Poll : It's All Politics Mike Huckabee also led Mitt Romney and Sarah Palin with GOP primary voters. Plain had overwhelming approval from birthers but only half the approval rating with GOP primary voters who accept as a fact the president's U.S. birth. 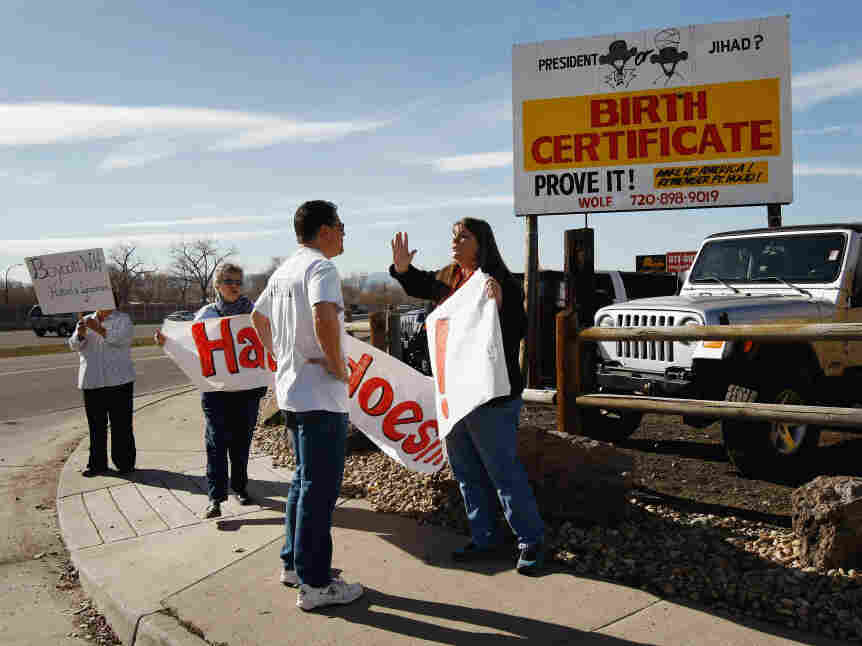 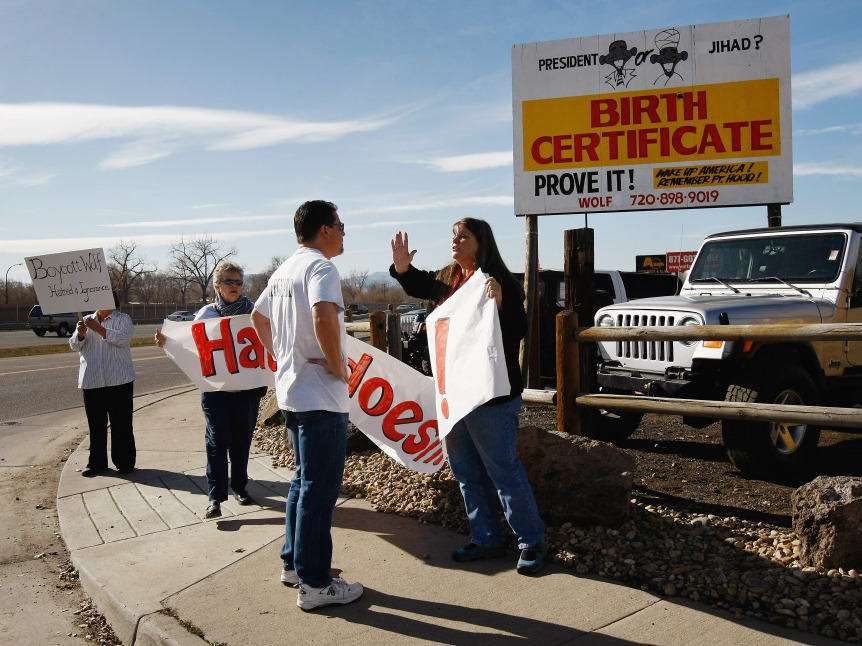 Fifty one percent of Republican primary voters believe President Obama wasn't born in the U.S., according to a new survey by Public Policy Polling.

That percentage is much higher than some of us might have expected to be true more than two years into Obama's presidency. There's always the possibility a small sample size (400 people) and other factors skewed the results.

Still, if even a quarter of Republican primary voters believe Obama isn't a natural born U.S. citizen, that would seem high, too.

A statement from the pollster:

"Any thought that the birther theory has been put to rest can be thrown out the window with this poll," said Dean Debnam, President of Public Policy Polling. "That view is still widely held in Republican circles."

More from the poll. Looking ahead toward the 2012 primaries, Mike Huckabee, the former Arkansas governor, led Mitt Romney and Sarah Palin, the former governors of Massachusetts and Alaska, respectively, in preference, with the three coming in at 20 percent, 17 percent and 15 percent.

Make of all or any of this what you will.