Accessibility links
Obama Makes Blacks, Hispanics Upbeat, Whites Less So, On Economy : It's All Politics A new poll found working class whites pessimistic about economy and dismissing Obama's policies. Blacks and Hispanics, on the other hand, were more likely to express optimism about the future. 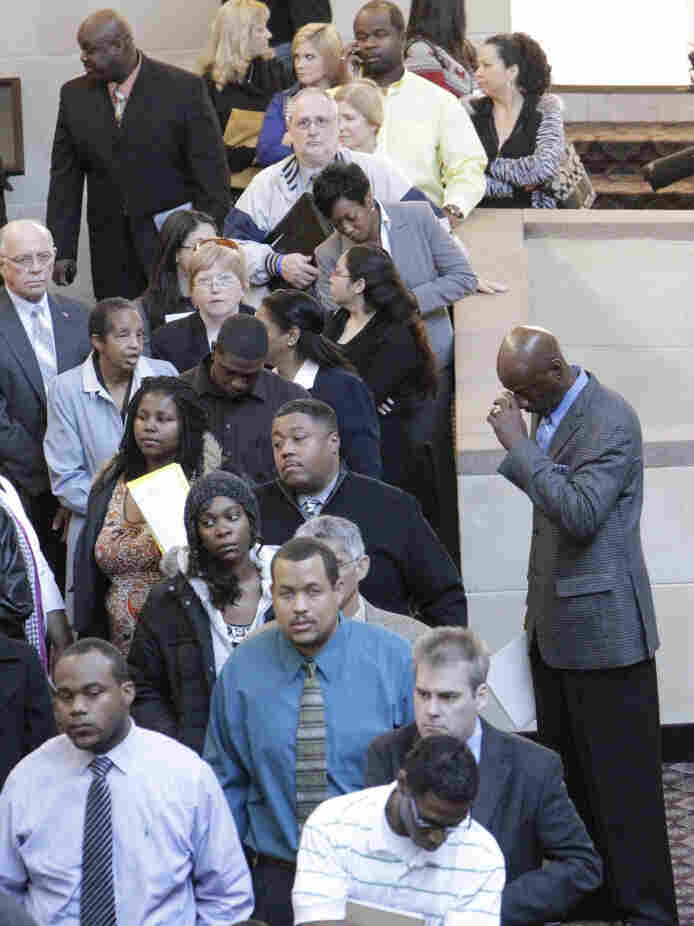 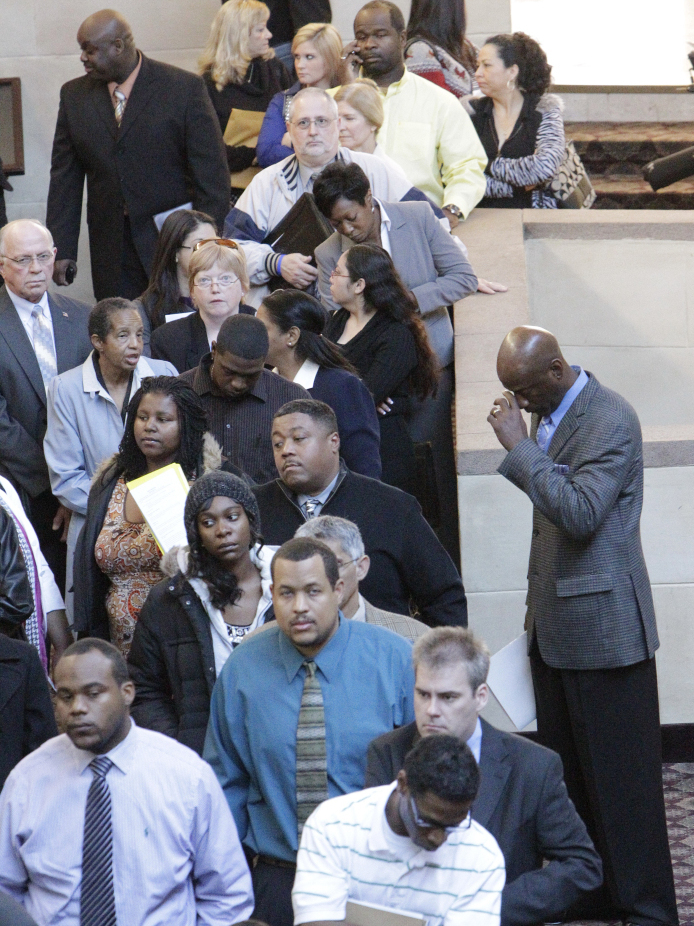 The drift of non-college educated whites to the Republican Party has been chronicled for decades. Thomas Frank's 2004 book "What's the Matter With Kansas?" and the work of Ruy Texeira among many others have pondered the long-term trend.

So the Washington Post report based on polling that whites without college degrees were more pessimistic about the economy or President Obama's efforts to fix it, just confirmed what we knew. Ditto that they tend to favor Republican policies over Democrats'.

Actually, it would have been really surprising if Obama polled well with this group of voters who, he once controversially said, "cling" to guns and religion. Going all the way back to the late 1960s, long before Obama, Democrats have steadily lost their ties with these voters.

Based on the new Post-Kaiser-Harvard survey, fresh indicators show that Obama may again face difficulties corralling these voters in 2012. Whites without college degrees are deeply pessimistic about his policies and are more inclined to trust Republicans than Democrats on key economic issues.

Again, none of this should really surprise anyone who's been paying attention for, say, the last few decades.

What's really more of a man-bites-dog story is that blacks and Hispanics, who have been particularly hard hit by the recession, are actually more optimistic about economic recovery and their own outlook than the aforementioned working class whites.

The Washington Post explored this phenomenon in an earlier story based on polling the news organization did with the Kaiser Family Foundation and Harvard University.

What makes for the difference between the views of whites and those of blacks and Hispanics? The Post suggests it's Obama, both the man and his policies.

While he's done little to nothing in the eyes of many non-college educated whites to change their entrenched views of which party best protects their interests, his presence apparently has made a difference for blacks and Hispanics.

Analysts who study black prosperity say the optimism is rooted in long experience with hard times. They say that now many African Americans sense attention to their struggles at the highest levels of government, something that was not evident before the recession.

Other surveys have found that African Americans were encouraged by the election of President Obama, whose policies to expand health-care coverage and increase education aid are likely to help them the most, given their past struggles...

... "The fact that he is the first black president does have a powerful impact on people's perception of their opportunities and the future," said Algernon Austin, director of the Race, Ethnicity and the Economy program for the Economic Policy Institute. "It is kind of hard to separate that from the other facts."