Accessibility links
Indiana's Democratic Lawmakers Imitate Wisconsin, Flee State : It's All Politics Taking a page from Wisconsin, Indiana Democratic lawmakers have reportedly fled their state to stall an anti-union bill. They have sought refuge in a state with a Democratic governor, either Kentucky or Illinois it's thought, to keep a Republican governor from arresting and sending them home. 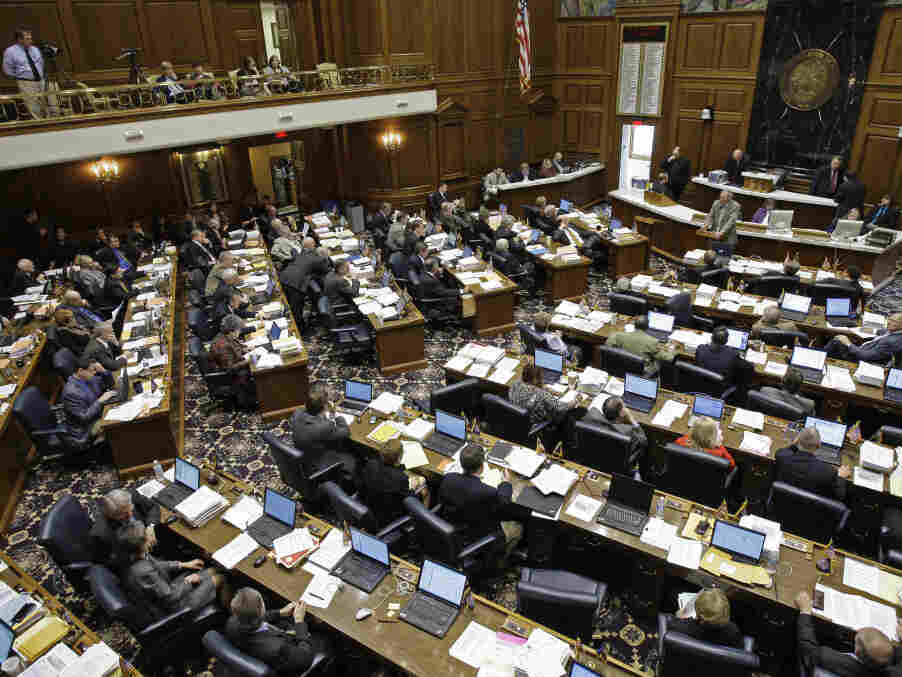 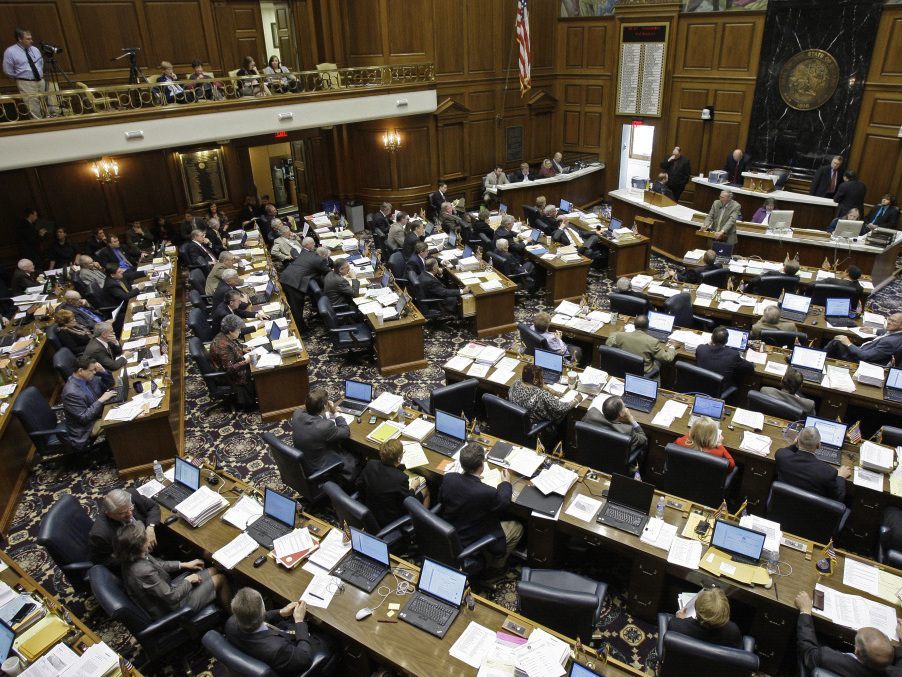 The Indiana House of Representatives in February 2010.

The Democratic "flu" (or should it be "flew?") is spreading.

The Indianapolis Star reports that Democrats in the Indiana state house have decamped the state to avoid voting on anti-union legislation just like their fellow Democrats in Wisconsin.

In Indiana, it's Democrats in the House whereas in Wisconsin it was Senate Democrats. The result is the same — stalling the legislative process.

From the Indy Star:

House Democrats are leaving the state rather than vote on anti-union legislation, The Indianapolis Star has learned.

A source said Democrats are headed to Illinois, though it was possible some also might go to Kentucky. They need to go to a state with a Democratic governor to avoid being taken into police custody and returned to Indiana.

The House came into session this morning, with only two of the 40 Democrats present. Those two were needed to make a motion, and a seconding motion, for any procedural steps Democrats would want to take to ensure Republicans don't do anything official without quorum.

As I'm sure others have pointed out, this is the kind of tactic that could come back to haunt Democrats elsewhere or even in the two states where it's already been deployed.

Obviously, Democrats control legislatures in a number of states where they could now be confronted with Republicans who choose to delay legislation or try to force further negotiations by similarly exiting their states enmasse.

In any event, whether it's Democrats or Republicans who use the tactic, it will ultimately be voters who decide whether or not they approve of this different sort of flight plan by either rewarding or punishing the lawmakers who resort to it.