Accessibility links
Wisconsin Gov. Walker Takes Prank Call From Fake 'Koch' Brother : It's All Politics Walker told the prankster posing as billionaire David Koch that he considered putting troublemakers among the protesters but didn't because it might backfire in terms of public opinion. 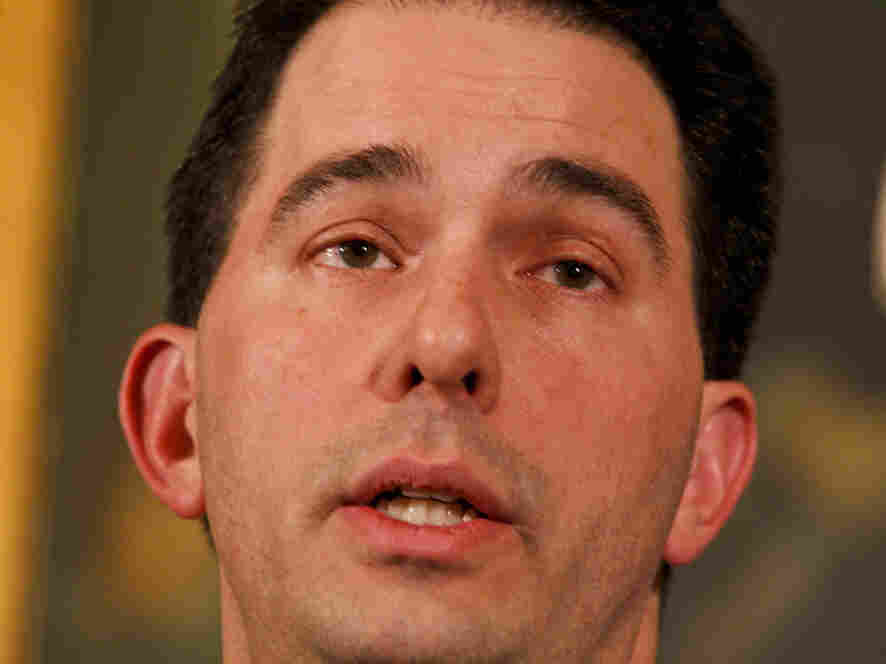 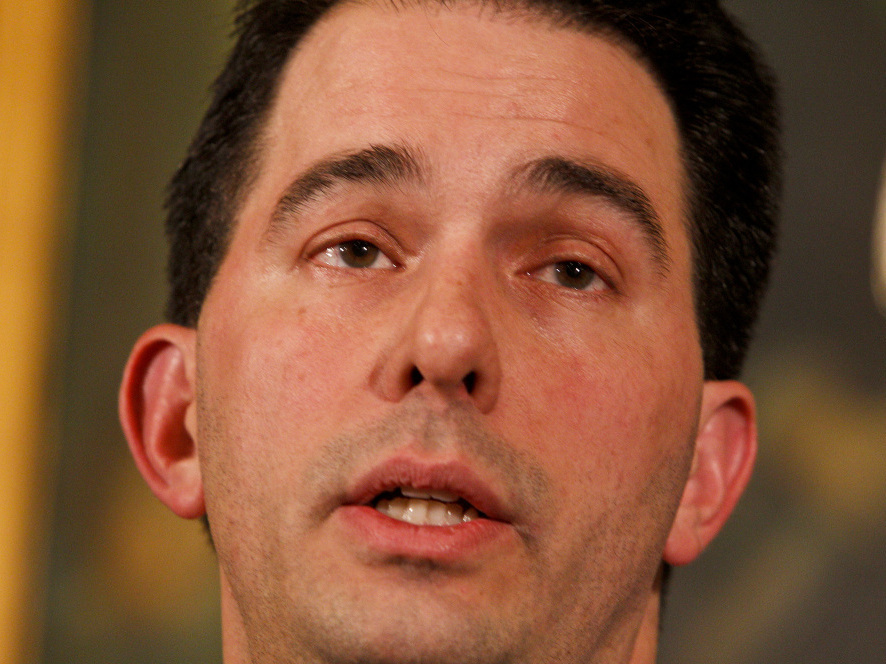 Wisconsin Gov. Scott Walker fell prey to a prank phone call from a New York blogger impersonating David Koch, one of the two wealthy brothers who were big donors to his political campaign and GOP efforts generally.

The 20-minute conversation with the blogger from the Buffalo Beast, whose site is down, is available on the Mother Jones web site. The Milwaukee Journal Sentinel reports:

The editor of the website is Ian Murphy, who claims on the Beast's website to have made the call. Attempts to reach someone at the website have been unsuccessful.

(Updated at 2:54 pm: The Huffington Post has an interview with Murphy.)

Walker's office confirms it's the governor on the phone call in what has to be, if nothing else, an embarrassment for Walker and his top aides.

While Walker doesn't say anything that appears immediately career-ending, when the fake Koch suggests putting "troublemakers" in the crowd of protesters who've been at the Wisconsin state capitol for eight consecutive days, presumably to discredit them, Walker says: "We thought about that."

But the governor quickly pivoted, saying he and others concluded that real unrest might swing public opinion against him and that it was better to let the protests play out, that the media would eventually lose interest. His critics will likely jump on the fact that he didn't say it would be wrong.

That revelation that he would even discuss injecting agent provocateurs sounded, to me at least, like the most damning part of a recording.

By the way, it appears the recording would be legal if the call originated in New York because both that state and Wisconsin are "one-party consent" states in which only one person on the call, the recording person in this case, need to consent to the recording. The Reporters Committee for Freedom of the Press has details.

Even saying this, I have to admit to being somewhat torn about this story and having some part of me that responded with revulsion at this prank.

First, I hate pranks of all kinds, but that's just me. I think the intent to make someone look foolish often says more about the prankster than the victim.

Second, secretly recording someone and then trying to verbally entrap them in the conversation into embarrassing or unethical statements just seems morally wrong to me.

Some liberals might say conservatives deserve their comeuppance for the ACORN recordings.

To that I would say quote Martin Luther King Jr. : "The old law of eye for an eye leaves everybody blind."

The Milwaukee Journal Sentinel has a story on the prank with a number of quotes from the recording as well as criticism of the governor by his opponents. An excerpt:

"The governor takes many calls everyday," Walker's spokesman, Cullen Werwie, said in a statement. "Throughout this call the governor maintained his appreciation for and commitment to civil discourse. He continued to say that the budget repair bill is about the budget. The phone call shows that the governor says the same thing in private as he does in public and the lengths that others will go to disrupt the civil debate Wisconsin is having."

Upon learning of the call, Democrats blasted the governor. "Scott Walker won't listen to Senate Democrats, or the hundreds of thousands of average Wisconsinites who are speaking up against his divisive power grab. But an oil billionaire from Kansas gets his full attention," Democratic Party of Wisconsin Chairman Mike Tate said. "It is a damning, embarrassing and possibly illegal admission that Scott Walker has put Wisconsin up for sale."

David Koch is co-owner of Koch Industries, is a philanthropist and a chief backer of the conservative activist group Americans for Prosperity.