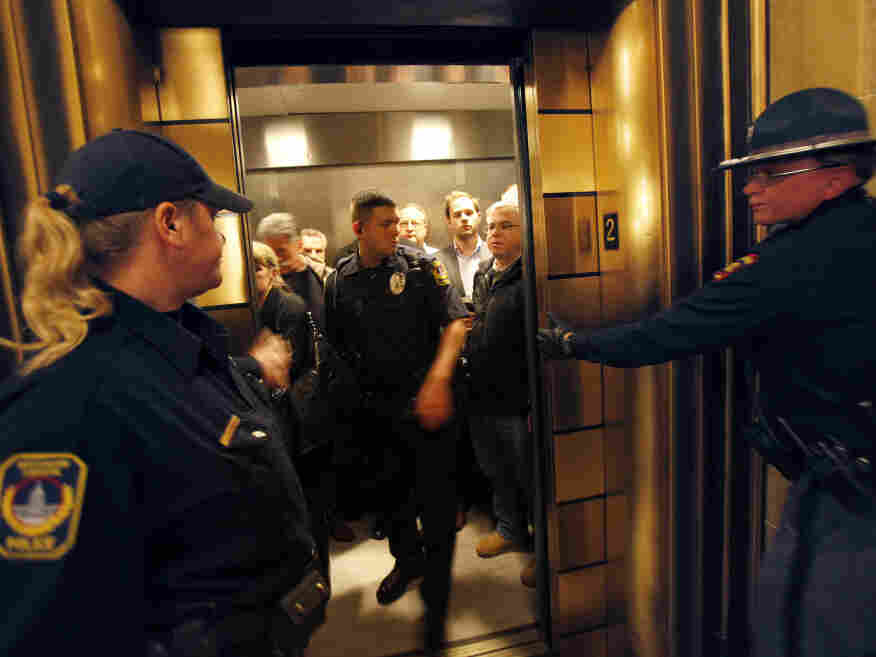 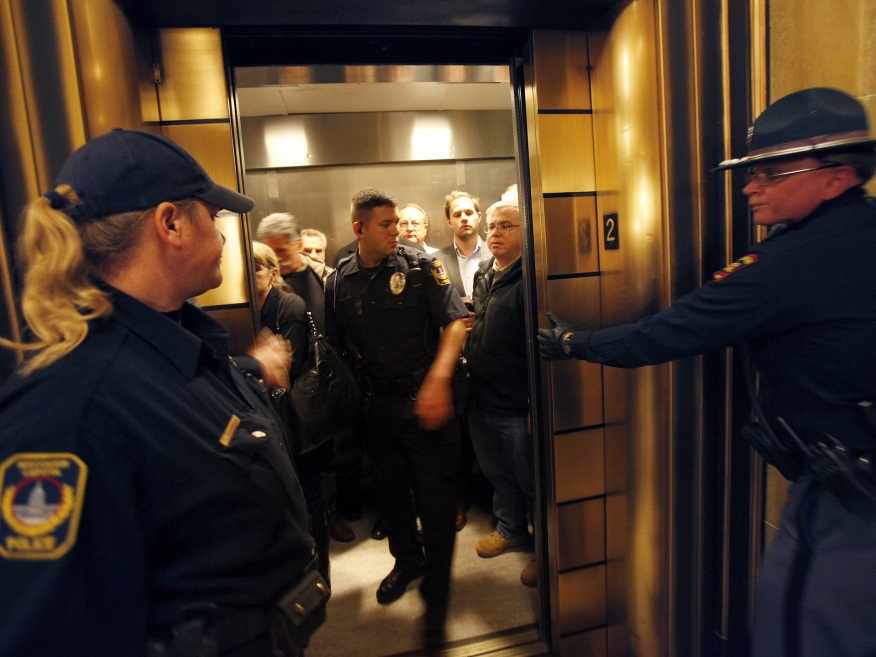 It's apt that in the state that's home to the Super Bowl champion Green Bay Packers, the Republican leadership of the Wisconsin State Assembly resorted to the political equivalent of the hurry-up offense to confound the Democrats on defense.

As is being widely reported Friday morning, the body's Republican leaders used a parliamentary maneuver to end days of a marathon debate over a budget-related bill that would greatly limit the power of the unions.

State Assembly Democrats, the political minority, had extended the debate over several days by offering scores of amendments. (Democrats on the Senate side have famously left the state to avoid action in that body since Republicans are one vote shy of what's needed to advance legislation.)

But Republicans came up with a tactic that stunned Democrats. In Friday's wee hours, they called a lightning vote, opening and closing it within seconds, giving Republicans who had been in the huddle enough time to vote but catching Democrats flat-footed.

Again, it was the hurry-up offense, state assembly style. Apparently, it worked beautifully.

Democrats erupted after the vote, throwing papers and what appeared to be a drink in the air. They denounced the move to cut off debate, questioning for the second time in the night whether the proper procedure had been followed.

"Shame! Shame! Shame!" Democrats shouted in the faces of Republicans as the GOP lawmakers quietly filed off the floor and a police officer stood between opposing lawmakers.

"Cowards all! You're all cowards," yelled Rep. Brett Hulsey (D-Madison) as another Democrat tried to calm him down.

Most Republicans had no comment on the vote afterward and some were escorted out under police protection. Earlier in the night, Majority Leader Scott Suder (R-Abbotsford) said that Democrats had been given more than two full days and nights to make their case - effectively turning the debate into a filibuster - and that Republicans had done nothing wrong.

The Journal Sentinel story has a great photo of Democrats in their orange tee shirts yelling at Republican assembly members who are marching off the floor. Dave Weigel at Slate has video of the scene.

If there are any parliamentarians out there reading this, maybe you can tell us what, if anything, the Democrats could have done differently to avoid this outcome.

The contest now moves to the state's Senate. But as we said earlier, the Democrats refuse to return to Madison, the state capital, until the Republican Gov. Scott Walker removes what they consider to be the most egregious anti-union measures from the legislation.

So it continues to be a waiting game.