Accessibility links
Big Donations To Bobby Jindal's Wife's Foundation Raise Eyebrows : It's All Politics Corporations that benefit from good ties with Bobby Jindal gave big to his wife's charity. Jindal's spokesman said there was absolutely nothing wrong with the donations and called those who questioned them "partisan living in a fantasy land." 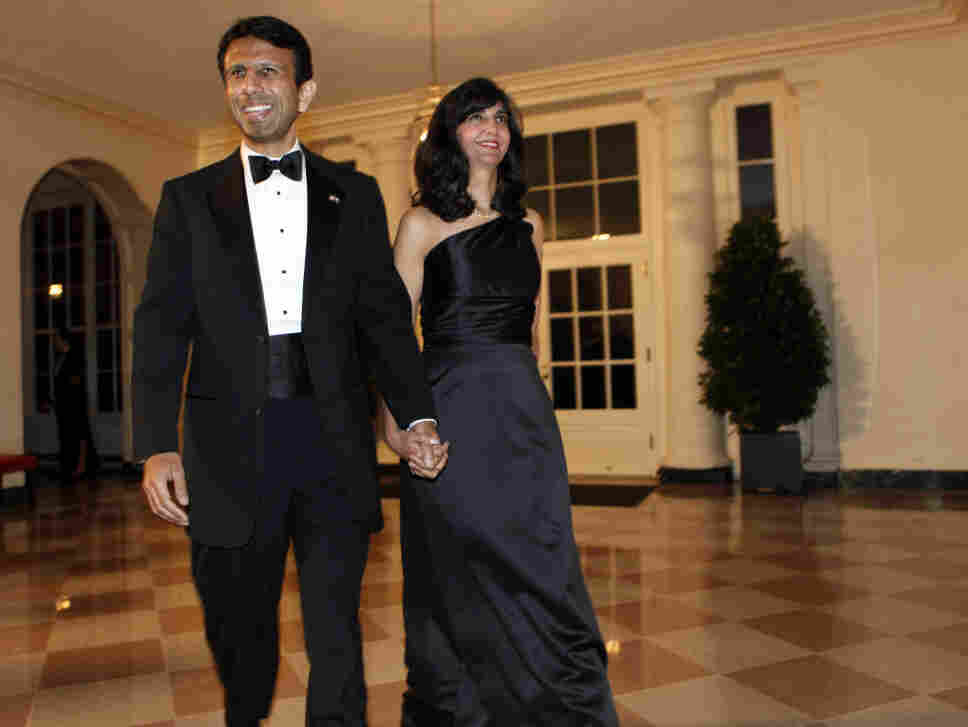 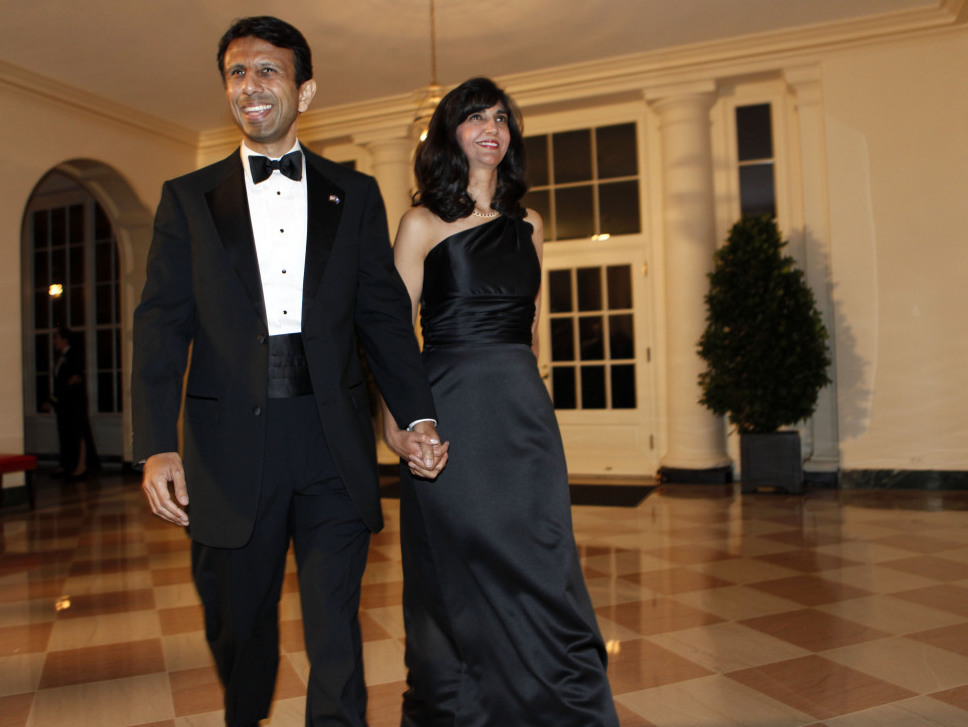 Never underestimate the ability of money to, like water, sluice around the obstacles presented by campaign-contribution or public-corruption laws to eventually slosh somewhere near politicians.

The New York Times provides a strong example for consideration. It reports on very large monetary contributions to a foundation from corporations standing to benefit from a positive relationship with the administration of Louisiana Gov. Bobby Jindal.

Just so happens the foundation is run by governor's wife, Supriya Jindal.

AT&T, which needed Mr. Jindal, a Republican, to sign off on legislation allowing the company to sell cable television services without having to negotiate with individual parishes, has pledged at least $250,000 to the Supriya Jindal Foundation for Louisiana's Children.

Marathon Oil, which last year won approval from the Jindal administration to increase the amount of oil it can refine at its Louisiana plant, also committed to a $250,000 donation. And the military contractor Northrop Grumman, which got state officials to help set up an airplane maintenance facility at a former Air Force base, promised $10,000 to the charity.

The Times doesn't claim there's anything illegal about any of this. But the optics, as political consultants would say, sure aren't good.

And the touchy tone taken by the governor's people isn't what a crisis manager would recommend either.

A spokesman for the governor said he had not personally intervened to help any of the charity's corporate donors advance their agendas before the state government. Any suggestion that the foundation is a way to lobby the governor or thank him for a past action is ridiculous, Mr. Jindal's press secretary said.

"It is a completely nonpolitical, nonpartisan organization created by the first lady, who as an engineer and the mother of three children, has a passion for helping our young people learn science and math," said Kyle Plotkin, the press secretary. "Anything other than this reality has plainly been dreamed up by partisan hacks living in a fantasy land."

So, see, if you raise any questions about what many reasonable people would see as a potential if not clear conflict of interest, obviously the problem is with you, you partisan hack.

Then again, maybe not.