Accessibility links
Senate Rejects Two Competing Spending Bills; Action Shifts Back To House : It's All Politics The Senate's failure Wednesday to pass either a GOP spending bill for the remainder of the year with severe cuts or a Democratic spending bill with significantly fewer cuts means the likelihood of another stopgap bill that would last a few weeks. 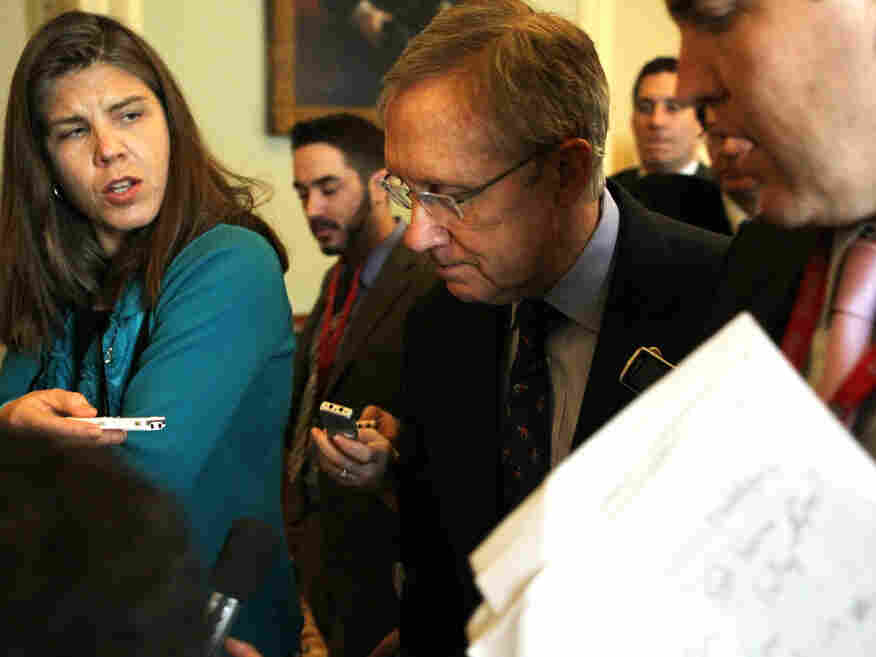 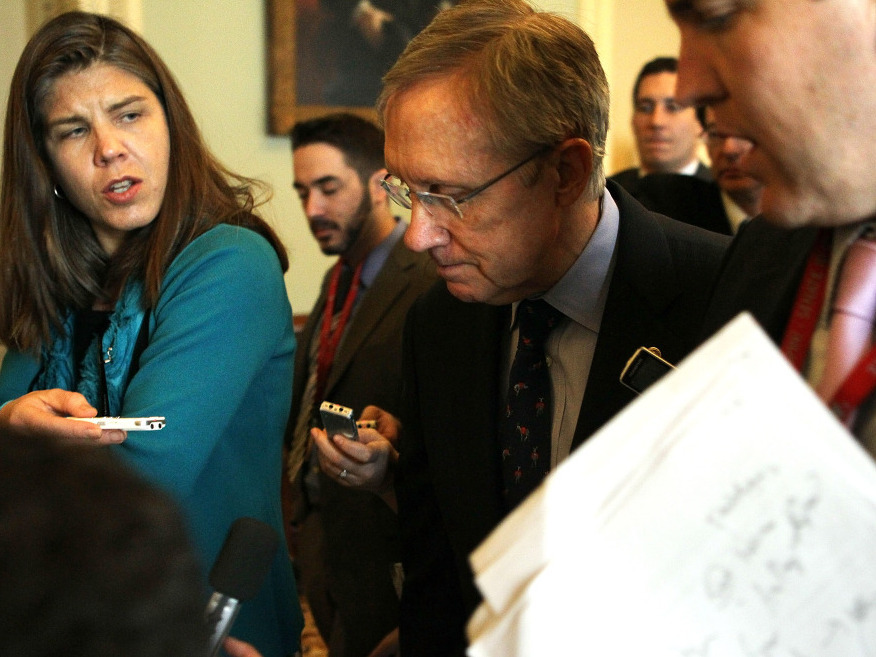 Now that the Democratic Senate has rejected the two competing spending bills meant to fund the federal government for the rest of the fiscal year - a Republican version with deeps cuts and a less severe Democratic one, the pendulum swings back to the GOP-led House.

With the partisan sides still far apart in terms of how big the cuts should be in a spending bill for the fiscal year that ends in September, House Republicans are working on another short-term spending bill that would fund the government while cutting billions of dollars in spending.

The sides are still negotiating a 7-1/2 month spending bill out to September. But another stop-gap to keep the government going past the March 18 deadline will likely happen sooner than the longer term spending bill.

If another stop-gap spending bill, like the one now funding the government for a two-week period, can't be achieved, a partial government shutdown would be needed.

But both Republicans and Democrats have repeatedly said they don't want such a shutdown. Politicians in both parties are reading the same polls that have shown voters opposed to government closing federal offices, national parks and other facilities because of the impasse.

The failure of either spending bill to pass Wednesday was no surprise. Senate Democrats and President Obama had made clear their objections to the House GOP's bill with its $61 billion in cuts.

The Senate rejected the House bill by a vote of 56 to 44. Republicans Sen. Rand Paul (KY), Sen. Mike Lee (UT) and Jim DeMint (SC) voted with Democrats but for a diametrically opposed reason — they didn't think the cuts went far enough.