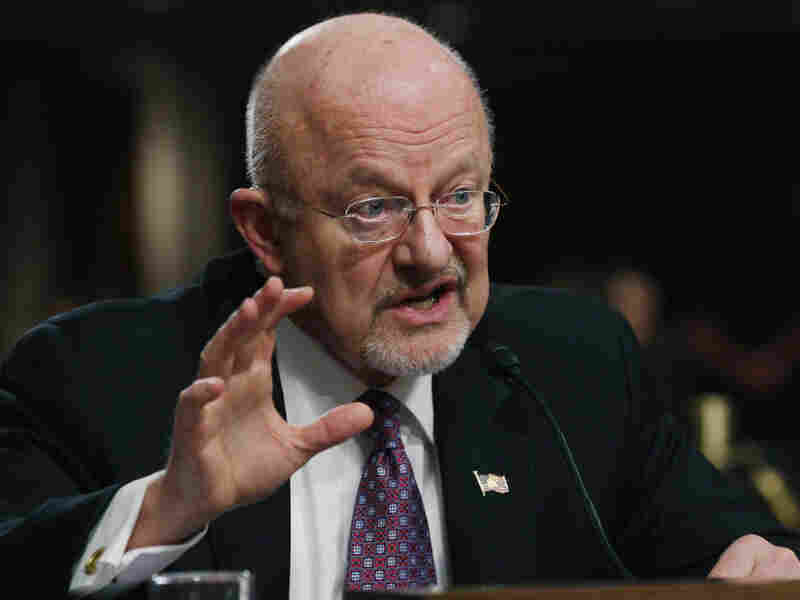 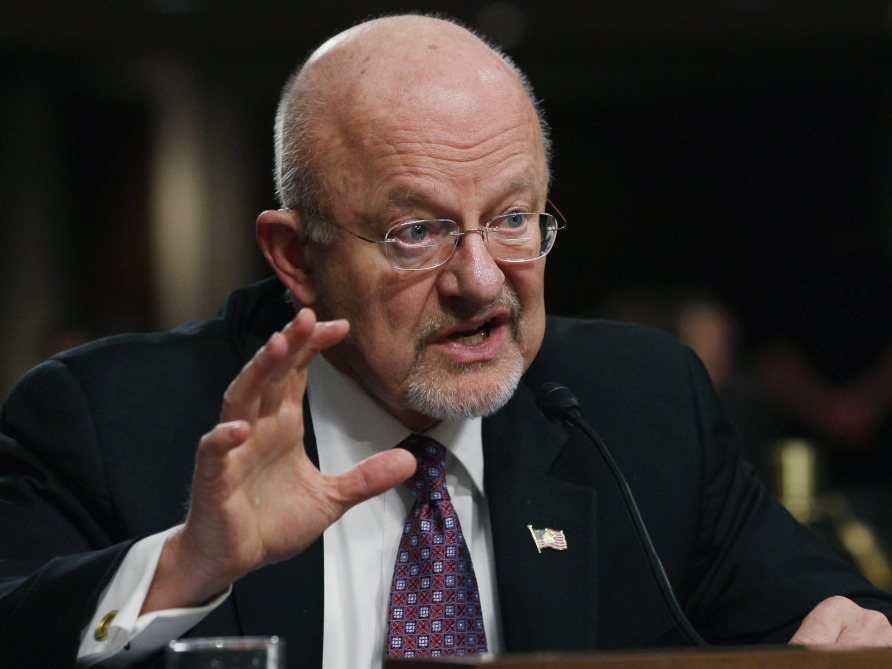 Director of National Intelligence James Clapper caused a stir Thursday during an appearance before the Senate Armed Services Committee when he described China and Russia as "mortal threats" to the U.S.

His remarks, coming in response to a question from Sen. Joe Manchin (D-WV), caused concern among senators of both parties. After all, the U.S. has mainly friendly relations with both China and Russia.

Iran and North Korea? Not so much. So senators were taken aback, to say the least, that those two members of what used to be called the "axis of evil" got a pass.

The senators were so concerned that Sen. Carl Levin (D-MI), chair of the committee helped Clapper "revise and extend" his remarks, as they like to say in Congress.

Meanwhile, the "mortal threat" description, as well as Clapper's estimation that Libyan leader Moammar Qaddafi was likely to fend off attempts to oust him, had Sen. Lindsey Graham (R-SC) calling for Clapper's resignation or, if that wasn't forthcoming, President Obama to fire him.

MANCHIN: First of all, Director Clapper, I'd just ask — the first
question would be: In your estimation, which is the greatest threat
we have in the world against the United States of America — whether it be a build up of their army or their defenses or their economic threat they pose or a combination of both?

MR. CLAPPER: Are you speaking of a nation state, sir?

GEN. CLAPPER: Well, a country — well, from strictly — well.
Certainly the Russians have a — you know, still have a very
formidable nuclear arsenal, even with — which does pose, you know,
potentially a mortal threat to us. I don't think they have the intent
to do that.

Certainly China is growing in its military capabilities. It has
a full array of — whether conventional or strategic forces that they
are building, so they too pose, potentially, from a capability
standpoint, a threat to us, as — a mortal threat. The issue, though,
is — which, you know, we always have trouble gauging, is intent
versus — versus the capability.

Having said all that, my greatest concern, though, does not lie
with a nation-state posing a threat to us as much as it is in the area
of terrorism, as I indicated in my opening statement.

When he had the opportunity a few minutes later, Levin moved in to help try to set things right.

LEVIN: Senator Manchin asked a question; I was frankly kind of surprised by your answer, Director Clapper. He asked a very direct question, who represents the greatest threat to the United States. And your first answer was Russia, and then you kind of clarified it in terms of saying, well, that's in terms of capability, but that — they don't have any intent to use that capability. But I still was kind of
surprised by your answer. Then the next one was China, who also would have the capability, I guess, but without the intent.

By that — you didn't mention Iran or North Korea, which would
have been the first two countries that I would have thought of in
response to that question. I was really kind of taken aback, almost,
by your answer. I thought it was a very — kind of a very clear
question.

GEN. CLAPPER: I think — as I interpreted the question, it is,
you know, which country or countries would represent a mortal threat to the United States.

SEN. LEVIN: Could have the potential of being a mortal --

GEN. CLAPPER: Yes. And so I — the two that come to mind are --
because of their capabilities, are Russia and — and China.

GEN. CLAPPER: Iran and North Korea are, you know, of great
concern. I don't know that at this point in time they pose a direct
mortal threat to the continental United States.

SEN. LEVIN: Does Russia or China, at this time, represent a
direct mortal threat to the United States?

GEN. CLAPPER: Well, they have the capability, because of their
strategic nuclear weapons.

GEN. CLAPPER: The intent is low, but they certainly have the
capability.

SEN. LEVIN: By that measure, we represent a direct mortal threat
to both of them, right? We have the capability of an attack.

SEN. LEVIN: So you would say, the director of — you're national
intelligence, that you wouldn't mind a headline out there in Russia
and China saying the United States represents a direct mortal threat
to Russia or China?

GEN. CLAPPER: (Off mic) — each of these countries certainly
have the capability in our strategic arsenals.

Even after Levin tried to provide an escape route, Clapper refused to use it. A few minutes later, he sad that because of the New START treaty with the Russians, he would rate them a lower threat than China.

Then there was his answer to the senators' Libya question which call can be boiled down to this response he gave to Sen. Joe Lieberman (I-CT):

CLAPPER: So, I just think from a standpoint of attrition --

GEN. CLAPPER: — that over time, I mean — this is kind of a
stalemate back and forth, but I think over the longer term that the
regime will prevail.

That was problematic since the Obama Administration and many of its Western allies have made clear they want Gadhafi to leave.

White House aides spent part of the afternoon doing damage control. Tom Donilon, President Obama's national security adviser said it wasn't that Clapper was wrong. It was just that he was assessing the Libya situation in a "static" way and not quite giving enough weight to the "dynamic" aspect of the conflict, as the rebels make gains in some places and lose ground in others.

When Jake Tapper of ABC News asked Donilon if the president was "happy" with an intelligence director who didn't have the entire dynamic picture in mind, Donilon said:

MR. DONILON: On the first question, the President is very happy with the performance of General Clapper and we work together every single day. I was asked a question about the statement, and I think my judgment on the statement is a static analysis and that you need to take into account the dynamics.

On working with the opposition as part of the dynamics analysis, what I said is that it doesn't take into account, kind of looking to the future in the increasing work that the international community is doing with the opposition, beginning now with political support, humanitarian support, and deepening those conversations. I think that's the best answer for that.

An excerpt from Politico.com:

Sen. Lindsey Graham (R-S.C.) said Clapper should resign or be fired from his job, and wanted President Barack Obama to "repudiate" statements made by Clapper in recent months.

"I don't have confidence that this gentleman understands what his job is all about and how his words affect the world as it is," the South Carolina Republican told Fox News on Thursday.

Sen. Dianne Feinstein (D-Calif.) did not join Graham in calling for Clapper's ouster, but conceded that his testimony was problematic. "I'm not going to comment [on resignation] right now. On the question of the two nations with the greatest intent to harm ours, I do not believe they are China or Russia, so I do not understand why that was put out there. So, that's a problem," Feinstein said. Feinstein is the chairwoman of the Senate Select Committee on Intelligence.