Accessibility links
Fla. Gov. Rick Scott Wants Snail Mail, Not E-Mail : It's All Politics Who doesn't use e-mail these days? If you answered Florida Gov. Rick Scott you'd be right. He told state workers if they wanted to contact him they should use snail mail; he avoids e-mail because of its potential for an embarrassing message. Considering that, it's a bit odd that he tweets. 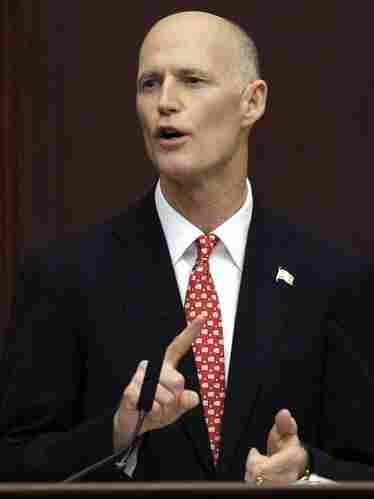 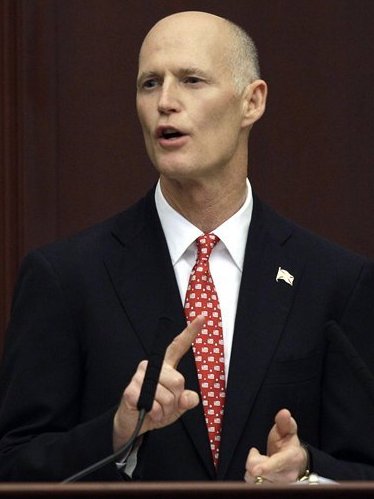 Here's something that's leaving more than a few folks scratching their heads.

Gov. Rick Scott of Florida, the state's new Republican chief executive, told government workers there that if they want to contact them, they should use snail mail, according to the St. Petersburg Times.

He doesn't do e-mail, apparently out of a belief that something he writes or receives in an e-mail could later prove embarrassing to him.

But he tweets. No one ever got into trouble doing that, of course.

It's still to early to know what Scott's impact will be in Florida. If nothing else, he may have just increased its chances of getting a letter carrier's convention.