Accessibility links
Wisconsin Judge Reads Riot Act To State Officials On Union Law : It's All Politics Wisconsin judge Maryann Sumi told state officials she meant it when she said they shouldn't implement a new law that reins in the collective bargaining rights of unions. Republican state officials had tried to do an end-run around her order. She threatened them with sanctions if they persisted. 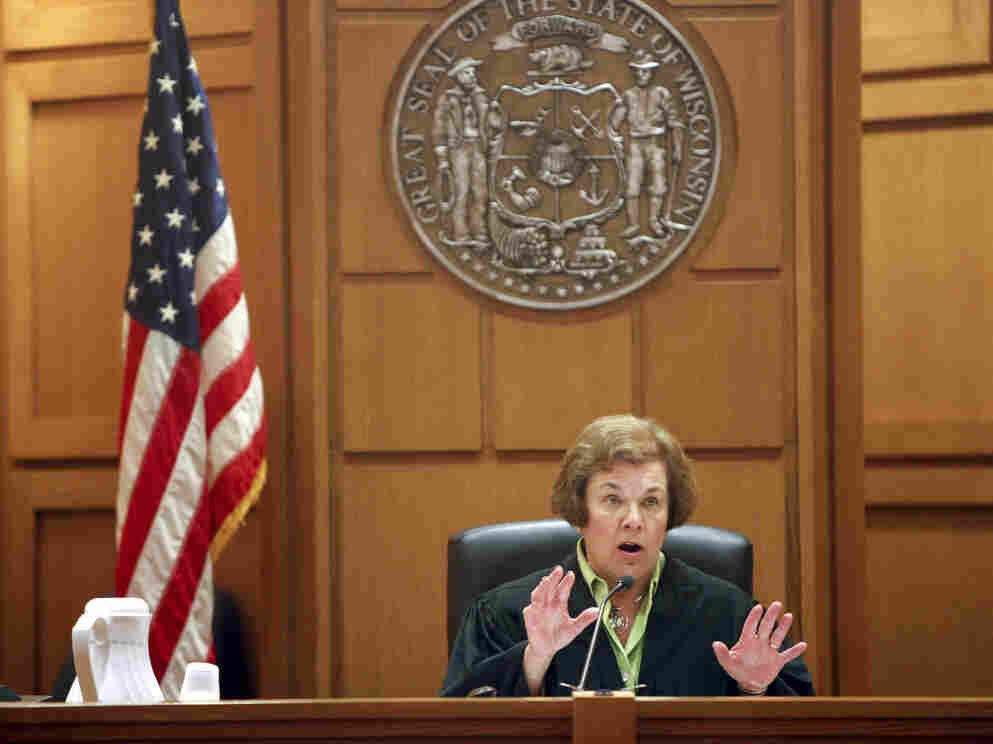 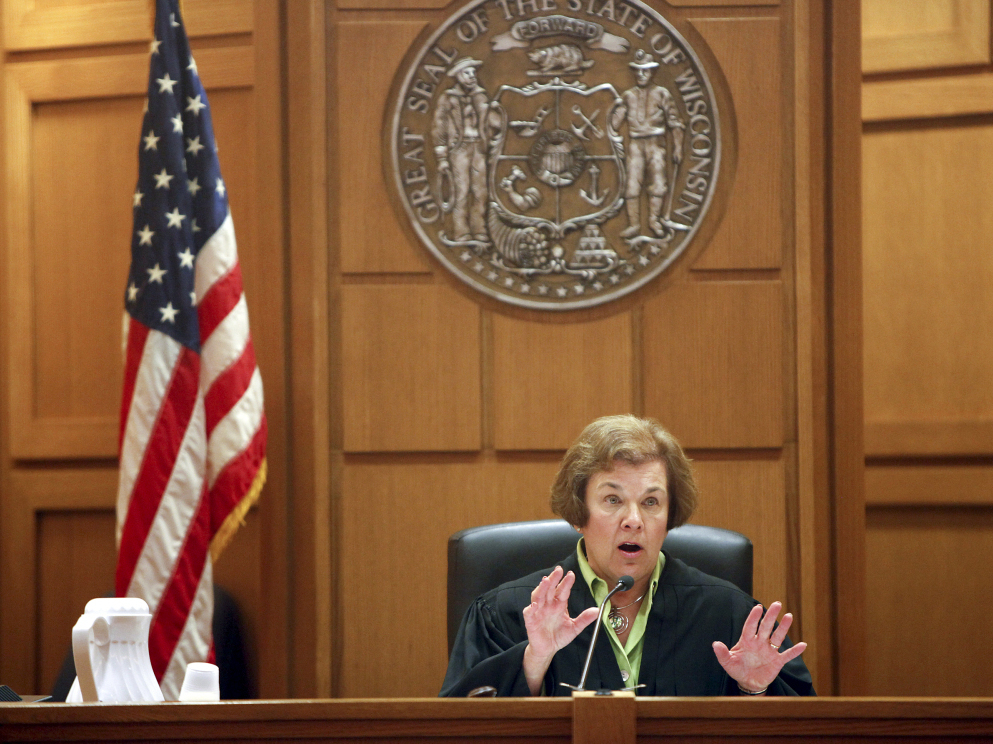 What part of "no" don't you understand?

That was essentially what Dane County, Wisconsin Judge Maryann Sumi told Wisconsin officials Tuesday who were hellbent on ignoring her previous restraining order so they could put into effect their new law restricting the collective bargaining rights of public employee unions.

In that way that only judges have, Sumi told state officials that if they persisted in ignoring her order, they wouldn't like the outcome.

An excerpt from the Wisconsin State Journal:

"Now that I've made my earlier order as clear as it possibly can be, I must state that those who act in open and willful defiance of the court order place not only themselves at peril of sanctions, they also jeopardize the financial and the governmental stability of the state of Wisconsin," Sumi said.

Her statement appeared to be a warning to state agencies, such as the state Department of Administration, that have begin implementing the union bill despite a temporary restraining order that Sumi issued on March 18 and the unsettled question about whether publication of the law by the Legislative Reference Bureau on Friday was enough to implement the law.

"Apparently that language was either misunderstood or ignored, but what I said was, 'the further implementation of 2011 Wisconsin Act 10 is enjoined,' " Sumi said. "That's what I now want to make crystal clear."

Gov. Scott Walker and fellow Republicans in the state legislature had tried to use an artful maneuver to get around the restraining order. After legislation is passed by legislators then signed by the governor, a law is considered in effect once the Legislative Reference Bureau publishes it.

But Sumi clearly was of a different opinion.

That opinion seemed not to matter to certain Wisconsin officials. According to the Milwaukee Journal-Sentinel:

But outside the courtroom, Assistant Attorney General Steven Means said the legislation "absolutely" is still in effect.

"It's just startling that the attorney general believes you should not follow court orders anymore," he said.

In a later statement, Department of Justice spokesman Bill Cosh said: "We don't believe that the court can enjoin non-parties. Whether the Department of Administration or other state officers choose to comply with any direction issued by Judge Sumi is up to them."