Accessibility links
Rep. Ryan Defends GOP Proposals For Medicare, Tax Rate Cuts In NPR Interview : It's All Politics In an interview on All Things Considered, Rep. Paul Ryan said he believed that even though Medicare has very low administrative costs, the free-market would deliver low costs too. 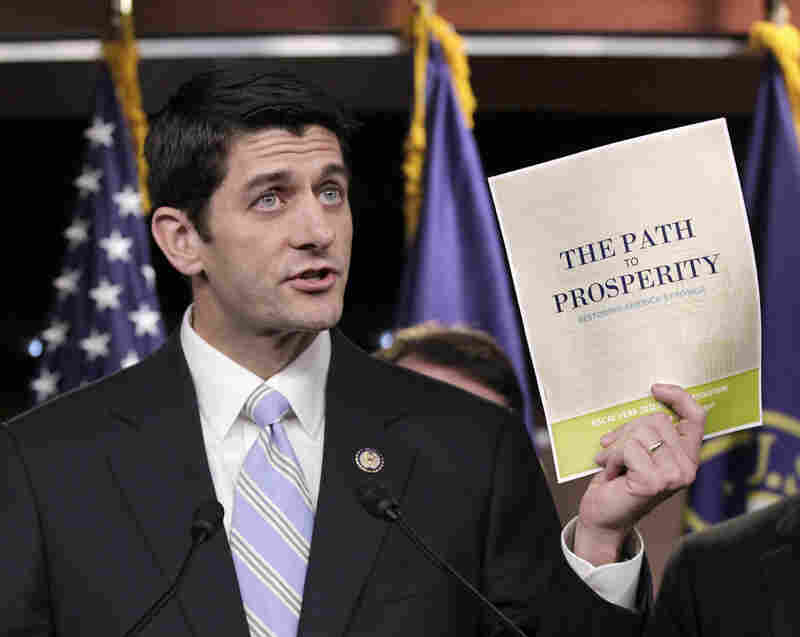 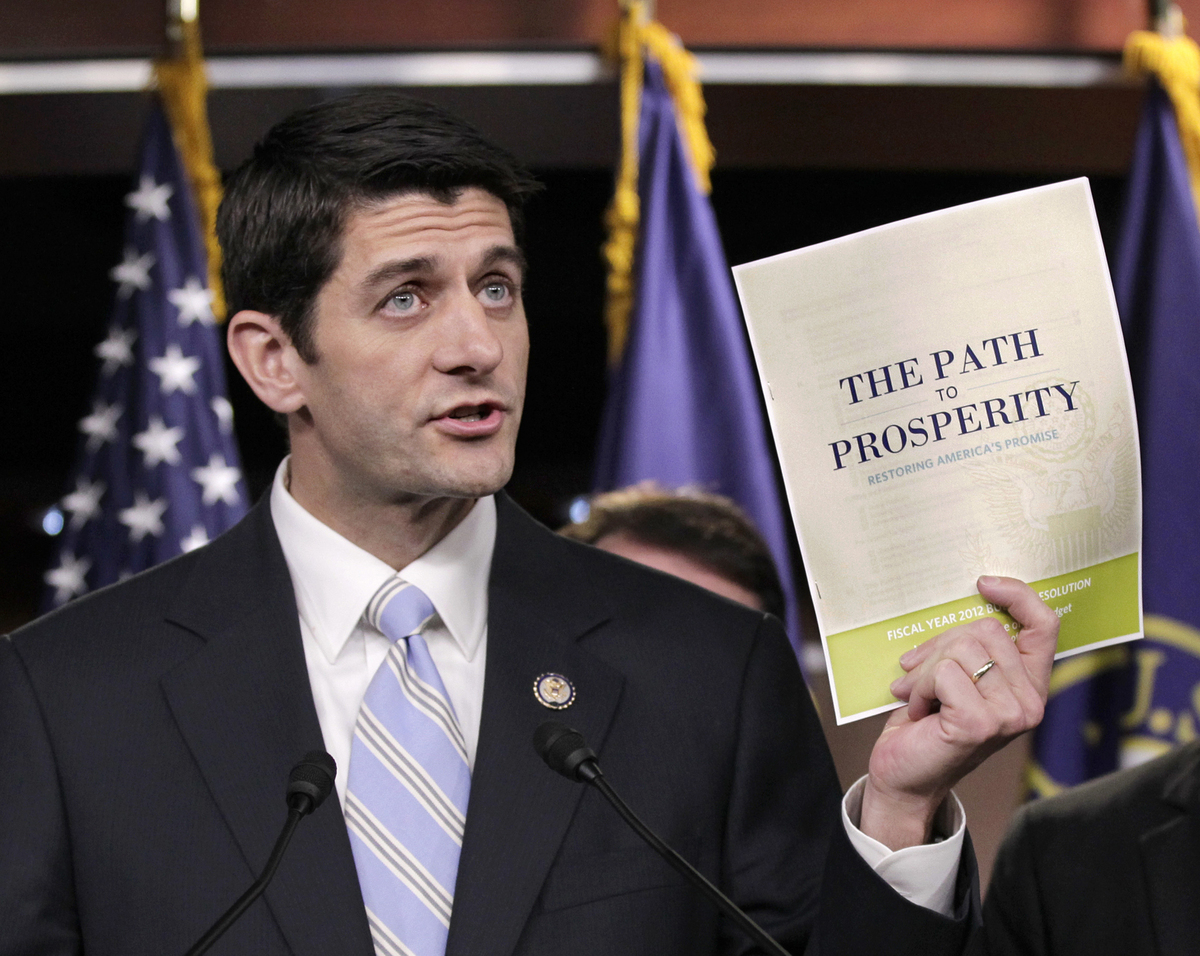 Rep. Paul Ryan (R-WI), chairman of the House Budget Committee and author of the 2012 budget plan that would, among other things, privatize Medicare, defended his proposal on All Things Considered Thursday.

Much of the interview with NPR host Robert Siegel centered on the Medicare plan which would radically change the program from a single-payer approach.

Instead, Ryan proposes giving seniors what he calls premium subsidies but what critics call vouchers which recipients would use to purchase private health insurance.

Critics have pilloried Ryan's idea on a number of fronts.

One criticism has been that Medicare actually is a fairly efficient program, with administrative costs of about three percent.

That compares with administrative costs for private insurance that range from 15 percent to double that.

In fact, it sounded to Siegel and probably some listeners that Ryan was arguing that even if Medicare proved less expensive, Republicans, for ideological reasons, would nevertheless want the entitlement program privatized.

At least it sounded that way before the congressman appeared to back away from that position.

ROBERT: Congressman Ryan, critics of your idea say that the cost of insurance for members of Congress has actually gone up faster with the element of choice than the cost of Medicare has. Why would you, if turned out that indeed the government run program was more cost efficient would you favor it? Or is it in face an ideological preference for the market, even if the market is less efficient?

REP. RYAN: The point I'm trying to make, and there is a difference of I think, philosophy here of what works best. We don't believe surrendering more of the health-care system over to government is an effective solution to lowering health-care costs. It simply results in rationing and price controlling.

So we do believe that the current health-care system is broken and needs to be fixed.

ROBERT: You're saying that even if the Medicare system were to be comparably more efficient ... that you're saying if it's not competitive...

ROBERT: You'd prefer what might be conceivably a more expensive system if it involves free-market competition?

While Ryan said he feared greater government control of health care would lead to rationing, private insurers certainly have long had their forms of rationing, paying for certain procedures and drugs, not paying for others. And it's reasonable to assume that wouldn't change if the system were privatized.

Another criticism of Ryan's proposal is that it would mean seniors would get subsidies that wouldn't keep up with health-care inflation. That could leave seniors in the position of over time being able to buy less coverage for their health care dollars since government subsidies would be pegged to an index that rises much more slowly than health-care costs.

Ryan had this response:

REP RYAN: What we propose is to subsidize more low-income care and people as they get sicker. So as a person gets older, obviously their health condition deteriorates. So their subsidies will increase. If a person is low income, they get complete out of pocket coverage. We subsidize all of their out-of-pocket costs, their co-pays and deductibles.

What we do is we means-test Medicare. If you're a wealthy senior in the future we're proposing that you don't get as much subsidy so that we can put more subsidy to people who have higher health-care risks and who are lower income.

And so we're proposing a future system for 54 years olds and below that's actually sustainable, that gives more to the poor, more to the sick, less to the rich and gives more choices to everybody so they can have a solvent and sustainable health-care system and it's a Medicare system of guaranteed coverage options that are offered and approved by and regulated by Medicare in the future.

Robert also questioned Ryan about his proposal to lower tax rates and end many deductions and loopholes. Could it be done without losing revenue? Robert asked.

You have to remember, the people in the top tax brackets are the ones who enjoy most of the loopholes and deductions. So we're saying let's clear out the clutter of a lot of different deductions and loopholes and lower tax rates in exchange.

What about deductions viewed as sacrosanct by many Americans for mortgage interest and charitable giving? Robert asked. Would that part of the code have to go?

It doesn't have to. There's room for those kinds of deductions. That's going to be up to the Ways and Means Committee.