Accessibility links
Arizona Becomes First State To Pass Birther Bill : It's All Politics Arizona's became the first state to pass a birther bill. But there's a question as to whether it will pass Constitutional muster. The new bill's supporters said it had nothing to do with Obama. 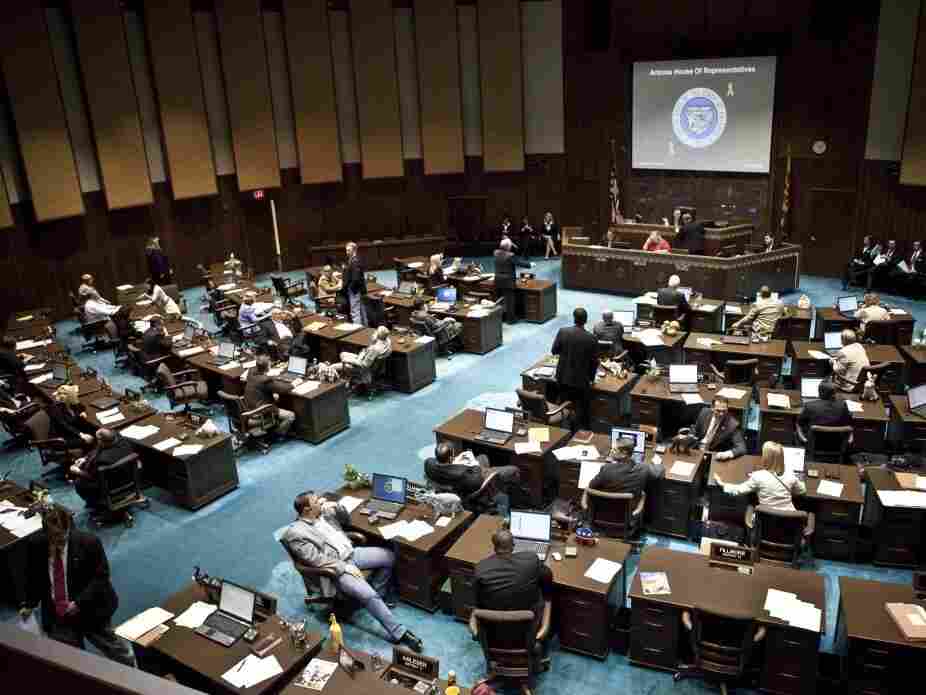 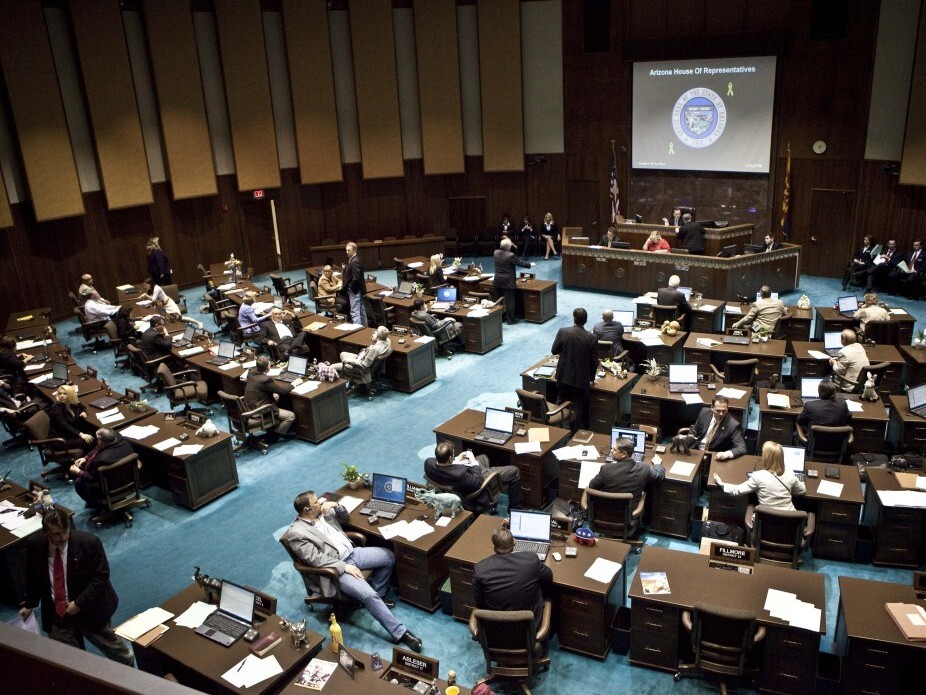 The Arizona House of Representatives on April 6.

Arizona continues to lead where so far few other states appear willing to follow.

The state's House of Representatives passed by a wide margin a birther bill Thursday requiring presidential candidates to provide proof they were born in the U.S., becoming the first state to do so. The bill now awaits Gov. Jan Brewer's signature.

It's unclear whether she will sign it, veto it or just let it sit on her desk, in which case it would become law after five days.

The legislation, HB2177, would require presidential candidates to submit proof of U.S. birth. Arizona secretary of state would determine if the submitted documents proved a candidate's citizenship.

If the candidate failed to produce documentation that satisfied the secretary of state, that official could keep them off the state ballot.

I'm not the only one who wonders if the Arizona law may have a constitutional problem since it arguably runs counter to the "full faith and credit clause" of the U.S. Constitution.

If an Hawaiian official, say, says a certain person was indeed born in that state, then it would seem Arizona would have to accept that statement. The Constitution also says it's up to Congress to decide what the rules are whereby states recognize records from other states.

The Arizona Republic reports that:

Supporters of the bill said it had nothing to do with Obama but is a way to assure Arizona voters that presidential candidates meet federal requirements for the position.

The reporter doesn't tell us if said supporters said this with a straight face or not.

The Republic also has good quotes from a couple of Arizona state lawmakers.

"It's essential that we bring back the integrity to the office," Rep. Judy Burges, R-Skull Valley, said during a recent debate on one of the so-called "birther" measures.

Yes, there really is a place called Skull Valley, an unincorporated rural place of ranches with a two-room schoolhouse.

Another lawmaker, an opponent of the legislation, took the opportunity to not only slam his own state but another that was minding its own business.

Rep. Ruben Gallego, D-Phoenix, voted against the bill and said he was embarrassed by his fellow lawmakers.

"Arizona is the first state to pass a birther bill. We look pretty much backward," Gallego said. "You might as well change Arizona to Alabama."