Accessibility links
House GOP Hangs Together (Democrats, Too) On 2012 Budget Vote : It's All Politics Unlike a day earlier, the House GOP kept party unity, almost all voting for Ryan's budget bill. 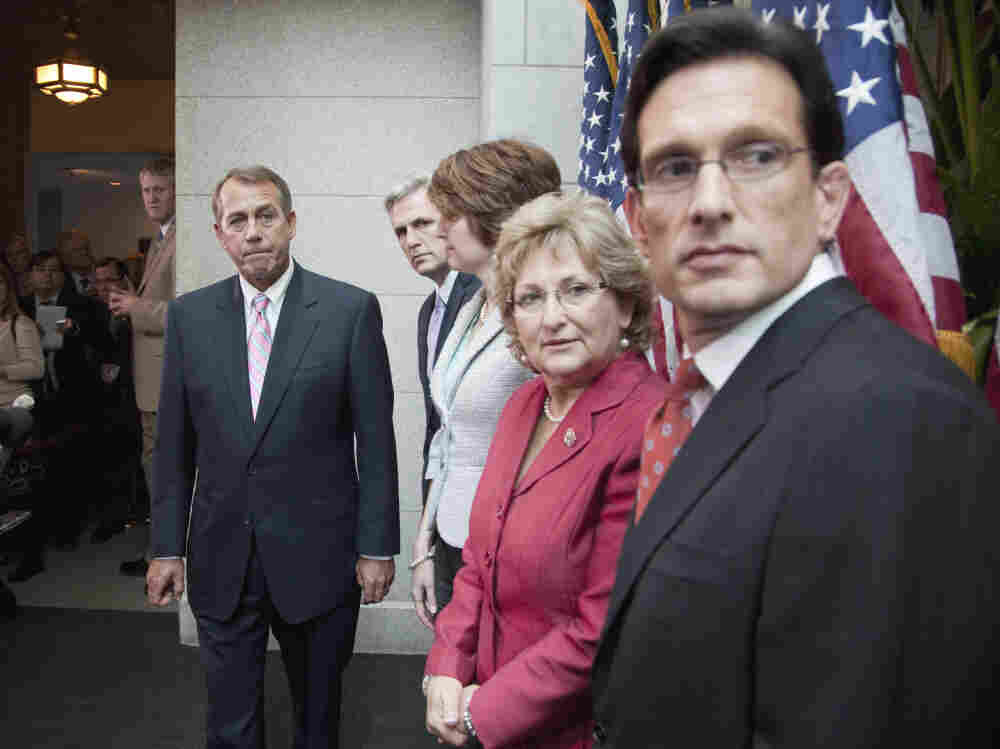 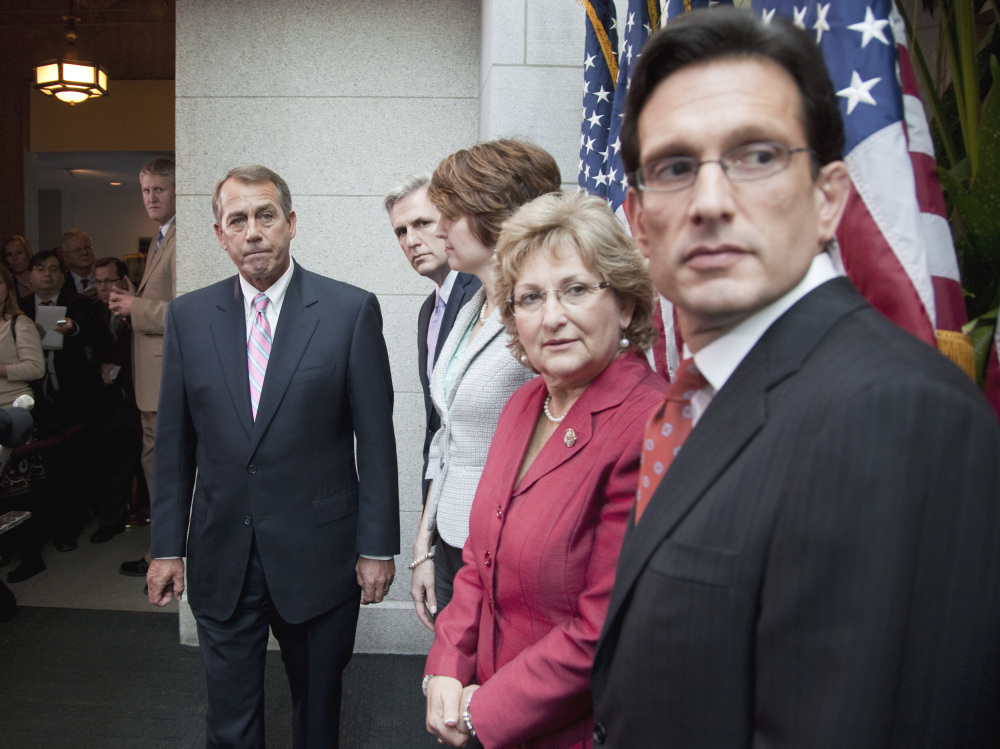 A day after scores of House Republicans abandoned their leadership on a floor vote on the spending bill that avoided a partial government shutdown, they held their ranks Friday in what some saw as an even bigger test of House Speaker Boehner's ability to maintain party discipline.

With only four defections, Republicans voted solidly for Rep. Paul Ryan's 2012 budget proposal which would privatize Medicare and turn Medicaid into a block grant program to the states.

The 235-193 vote was not only a show of GOP unity but also of Democratic discipline since not a single member of the House minority crossed over to vote for the Republican proposal. Not even those of the Blue Dogs who are left.

Observers were watching Republicans closely Friday because the day before 59 Republicans had defected during the vote on the spending bill for the remainder of fiscal 2011.

Would the massive revisions to some of the nation's most popular entitlement programs dating back to the Great Society of the 1960s cause House Republicans to again walk away in large numbers from their leaders?

The question was especially interesting because Democrats were clearly salivating at the prospect of being able to run TV ads with the obligatory ominous music that focused on the Republican proposal to privatize Medicare and shift to the states most of the responsibility for Medicaid.

Before the vote, House Minority Leader Nancy Pelosi attempted to frame the vote as about Medicare, and not the deficit, and took direct aim at GOP members.

"Do you realize," she asked, "that your leadership is asking you to cast a vote today to abolish Medicare as we know it?"

It's an argument that Democrats believe will have legs as budget and debt limit negotiations continue, but one that failed to scare off GOP House members - even those in senior-heavy districts in Florida and Arizona.

By their unity, Republicans seemed to be saying to Democrats "bring it on."

In wrapping up floor debate, Ryan characterized the deficit problem as "the most predictable economic crisis we've ever had in this country," and repeated what has become an increasingly comment Republican taking point: that failing to take drastic action to corral the deficit will lead to the country's irretrievable decline.

"To govern is to choose," he said.

The vote was symbolic, which made the Republican solidarity even more impressive. The Ryan budget plan has no chance of passing since it's not going anywhere in the Democratic-controlled Senate and President Obama would veto it if it ever did get out of the Senate.

Speaking of Obama, he now can run until the 2012 election against the Republican plan, using it as a way to draw contrasts between himself, the GOP House and the eventual Republican nominee.

So the battle lines, which were already fairly well defined were, if nothing else, reinforced Friday.