Accessibility links
Donald Trump, Birther In Chief? Poll Has Him Leading GOP Field With 26 Percent : It's All Politics Donald Trump's 26 percent showing in a GOP survey grew to 37 percent when the pollsters looked at just birthers. And 23 percent of Republicans polled said they would refuse to vote for any candidate who claimed that President Obama was born in the U.S.

Donald Trump, Birther In Chief? Poll Has Him Leading GOP Field With 26 Percent

Donald Trump, Birther In Chief? Poll Has Him Leading GOP Field With 26 Percent 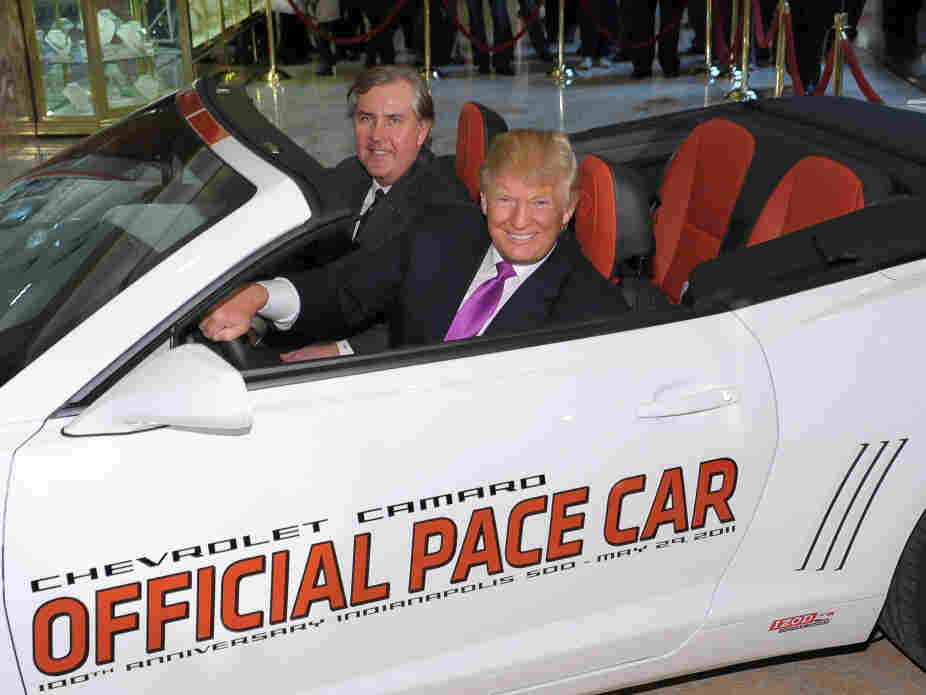 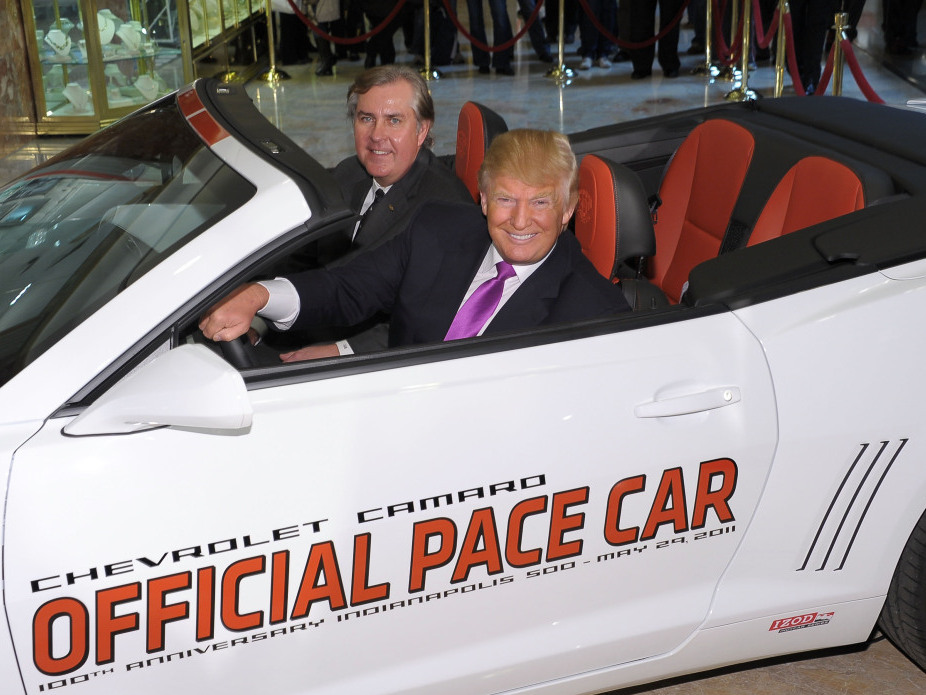 Donald Trump is setting the pace for the potential Republican presidential field, a new poll suggests.

We journalist types should be lavishing less attention on Donald Trump and greater attention on more substantial people who are likely to win the Republican nomination.

At least, so says Conor Friedersdorf at the Atlantic who, arguing that journalists should pay more attention to candidates of political substance, recently wrote:

Look at Donald Trump. Yes, he's a national joke, but he's been given a lot more attention as a contender for the presidency than a lot of folks who've served multiple terms in the Senate or a statehouse.

And the American people would never elect him!

Well, maybe they would, maybe they wouldn't. I remember once telling colleagues it was difficult to see how a black guy named Barack Obama could be elected a U.S. senator in Illinois. You live, you learn.

Anyway, there are apparently a lot of voters out there telling pollsters they could or would vote for Trump. So it would be journalistic malpractice if we didn't pay attention to him commensurate with his polling numbers.

Mitt Romney, the former Massachusetts governor who many journalists have anointed as the frontrunner, was running third with 15 percent saying he would be their candidate at this point.

This poll gets even more interesting. It indicates there's a hardcore birther segment in the Republican Party that will reject any candidate who says unequivocally that Obama was born in the U.S.

And those birthers are rewarding Trump, who has become something of the birther in chief with very strong support.

23% of these voters say they would not be willing to vote for a candidate who stated clearly that Obama was born in the U.S. 38% say they would, and a 39% plurality are not sure. Among the hardcore birthers, Trump leads with 37%, almost three times as much support as anyone else. He comes in only third at 17% with those who are fine with a candidate that thinks the President was born in the country. Romney, who recently stated he believes Obama is a citizen, leads with 23% with that group but gets only 10% with birthers.

Say what you will, Trump's presence has certainly spiced up the Republican race. Not he;s announced he's a candidate yet.

By the way, another piece in the Atlantic, this one by Joshua Green, looked at what Trump's investigators are likely to find (or already found) in Hawaii where he sent them to investigate Obama's birth. Green's bottom line? The Donald wasted his money.