Accessibility links
Obama Tries Shaming News Media Into Ignoring Birthers : It's All Politics President Obama surprised many people Wednesday by releasing a copy of his "long form" birth certificate, his answer once and for all to birthers' charges. It also gave him the chance to assert his focus on real issues like the economy, jobs and gas prices that concern voters and not "silly" ones. 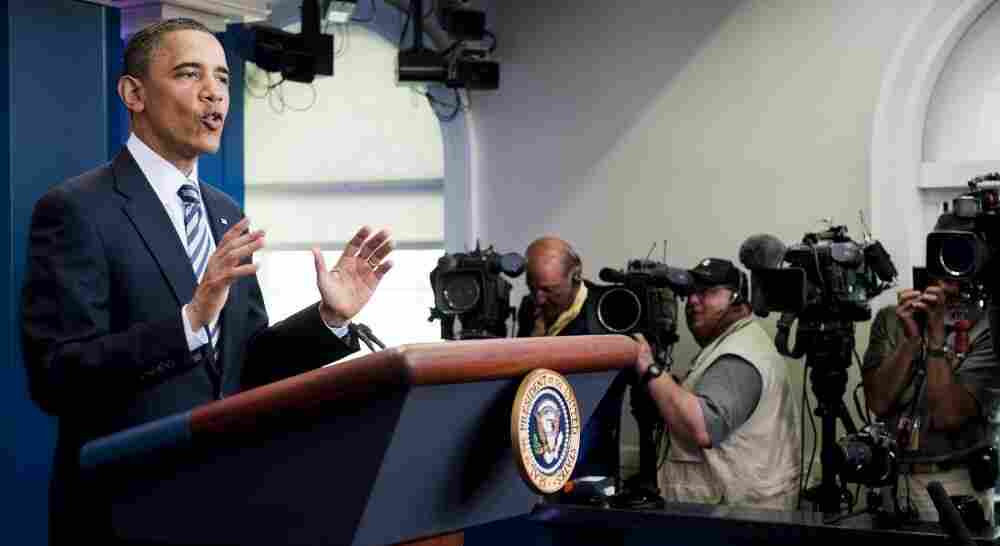 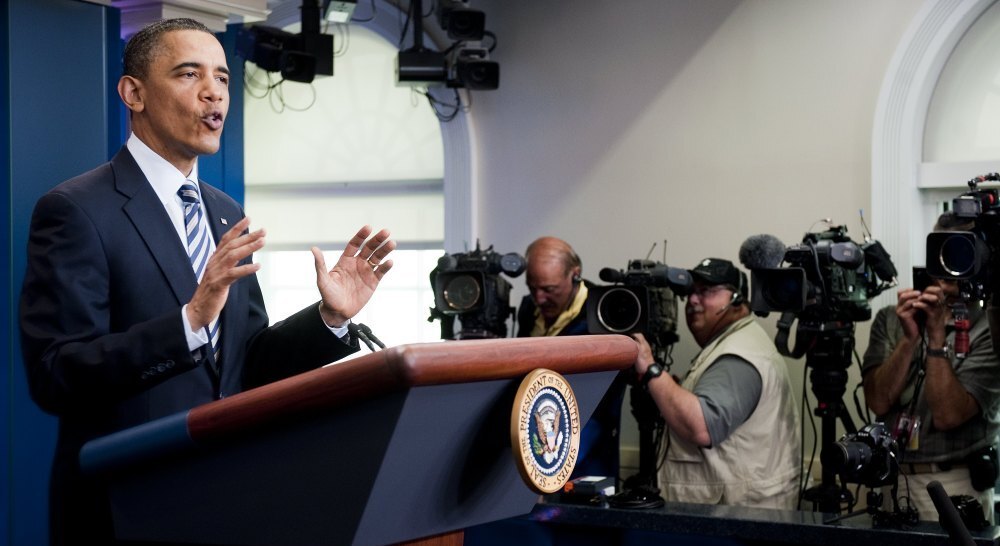 Sometimes you have to fight fire with fire, like the controlled burns firefighters conduct out west to remove the underbrush and tinder that could fuel a wildfire.

So President Obama started a controlled burn of his own Wednesday meant in part to persuade the news media from paying so much attention to the so-called birthers who persist in doubting the president was born in Hawaii.

Those doubts have been rekindled recently, of course, by the publicity seeking New York City developer Donald Trump who's been making noises about running for the Republican presidential nomination.

The president decided to make public a copy of his "long-form" birth certificate Wednesday since many birthers were dissatisfied with the "certificate of live birth" the president made available during the 2008 campaign.

Obama acknowledged that some hardcore birthers wouldn't be satisfied even with the long form version but said he was really speaking to everyone else.

I know that there's going to be a segment of people for which, no matter what we put out, this issue will not be put to rest. But I'm speaking to the vast majority of the American people, as well as to the press. We do not have time for this kind of silliness. We've got better stuff to do. I've got better stuff to do. We've got big problems to solve. And I'm confident we can solve them, but we're going to have to focus on them — not on this.

Obama's anti-birther tactic no doubt surprised many political observers since it seemed to violate one of the basic principles of American politics --don't get in the way when your opponent is committing the political equivalent of self-maiming.

The birthers have become an embarrassment for mainstream Republicans who have recently sought to distance themselves from those who deny Obama's U.S. birth. The fear is that the birthers' association with the GOP could make the Republican Party or at least a significant part of it appear less serious and perhaps even a little unbalanced in the eyes of political independence.

Even Rep. Michele Bachmann (R-MN) has said she's ready to "move on."

During a conversation on the public radio program To The Point hosted by Warren Olney, David Winston, a Republican pollster, consultant and adviser to Speaker John Boehner, said if he were Obama, he wouldn't do anything. Winston said:

"Any day that you can have a conversation not about gas prices and jobs and the economy, given where they're at, instead focusing on something that just seems way off base, that's a better day for the president. And I would suggest that those individuals who are pursuing this, if they thought through it, they would realize they were probably helping the president more than hurting him."

But Obama clearly decided to go the other way which could turn out to be a decent strategy as well.

By taking the opportunity presented to him by Trump, the birthers and all the news coverage, Obama could underscore that he cares about what the vast majority of the American people care about — the nation's giant fiscal challenges, high gas prices, jobless recovery and foreign wars.

It was a chance for him to once again assert that he's the adult and many of his adversaries something less than that.

Trump, the birthers and a complicit news media were, for their part, wasting time on nonsense, a luxury the nation can't afford, Obama said.

It remains to be seen whether Obama's message has the desired effect on the news media though it's hard to see how this phase of the birther story could be sustained since even Trump appears to be moving on, sort of.