Accessibility links
Portraying Obama As Chimp Not Like Showing Bush As One : It's All Politics A political cartoonist and scholar of the genre agree that depicting Obama as a chimp goes too far.

Portraying Obama As Chimp Not Like Showing Bush As One

Portraying Obama As Chimp Not Like Showing Bush As One 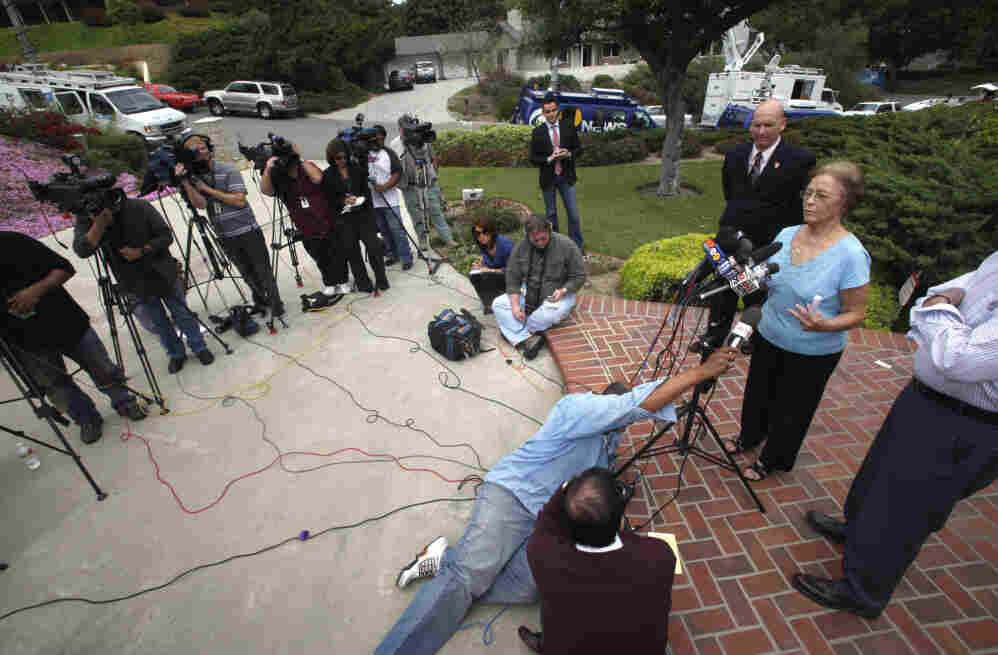 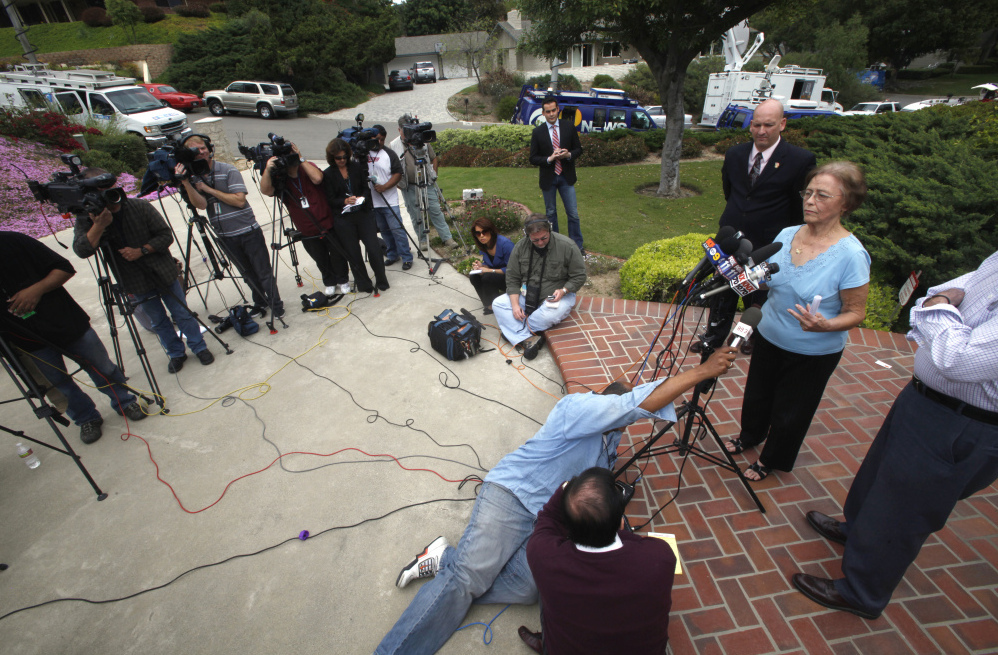 Marilyn Davenport explains why she's no racist despite emailing a racist image of President Obama, April 20, 2011.

Is there a difference between portraying President Obama as a chimp and former President George W. Bush as a simian?

That question was occasioned by Marilyn Davenport, the Orange County, Calif. Republican politician who recently forwarded an email with a birther joke that included a Photoshopped image of President Obama's face superimposed over that of a baby chimp.

Davenport defended herself by observing that some cartoonists depicted Bush as an ape, so what's the big deal?

Not only was Bush sometimes portrayed as a chimp but his presidency spawned the The Smirking Chimp blog.

Their verdict? Davenport gets no pass on this one. There is a big difference.

In the U.S., there's not a history of white Protestants like Bush being portrayed as simians by anyone in a more privileged and powerful social and economic position.

By contrast, whites in relatively powerless groups like Irish Catholic immigrants in 19th Century America, were portrayed as ape-like. As were blacks then and sometimes now, too.

HESS: We know what that's all about and we know where it comes from.

LUCKOVICH: It was crude and it was racist. Cartoonists are always sensitive. We want to make people think. We even want to tick them off occasionally. But we don't want our symbolism to overwhelm our message.

And so when I'm drawing a cartoon, I will try and get my point across but I still want people to understand my point and not lose it on the symbolism. I would never show Obama or an African American as a monkey.That's just racist and we know the history of that.

LUCKOVICH: Because throughout history, that has been a way of dehumanizing African Americans...

Luckovich wanted to make clear the distinction between what he and other political cartoonists do and the cut-and-paste job Davenport forwarded. That was no cartoon by a trained artist and journalist.

Along those lines, Hess observed that whereas political cartoonists whose work appears in news outlets have ethics and associations, the Internet and technology allow virtually anyone to produce political caricatures that go beyond what society considers permissible even if the First Amendment allows it.

Hess, who worked for and advised several Republican presidents and even a Democratic one going back to the Eisenhower Administration, noted the long tradition of caricatures of politicians rankling some people, especially the subjects of the depictions.

HESS: (Davenport is) right that there's long history of cartoonists who can use any symbol that they want. Some are really quite bizarre. In 1902 in Philadelphia, a cartoonist named Charles Kneeland drew the governor, whose name was Pennypacker, as a parrot.

Pennypacker was so upset that he had the legislature introduce a bill to prohibit the depicting of men as "birds or animals." Of course, what the cartoonist did the next day was paint the governor as a beet and his cabinet as vegetables. And that was the end of that.

Luckovich by the way apparently never drew Bush as a chimp. His take on Bush was to have the 43rd president diminish in size during his presidency even as his ears grew ever larger. Both men agreed that Obama's ears offered cartoonists great possibilities as well.

Hess and Luckovich had an interesting mini-debate over whether Davenport was fully aware of how odious the image in her email was or not.

HESS: I think there's even something worse about the Davenport cartoon (sic) and what came out of it, her remarks first defending it, then when enough people jumped on it, then when enough people jumped on her she apologized. And that is, I don't think she thought it was racist. I think this was so deeply ingrained in her.That's the worrisome thing to me about this particular cartoon. It showed enough to worry me plenty.

LUCKOVICH: Stephen, I disagree. I'm not letting her off that easy. I think she knew it was racist. You'd have to be pretty stupid not to know that wasn't (sic) racist. I think she's got some racist tendencies and it came out in what she did.

Of course, this wasn't the first time there's been an Obama as chimp controversy in the last two years.

In February 2009, the New York Post apologized after a cartoon that showed two police standing over a chimp they shot dead and a balloon that that read "They'll have to find someone else to write the next stimulus bill." Some critics thought it a racist allusion to Obama. The Post said no such thing was meant.

Than there were the chimp dolls that appeared on the 2008 campaign trail which were clearly racist.